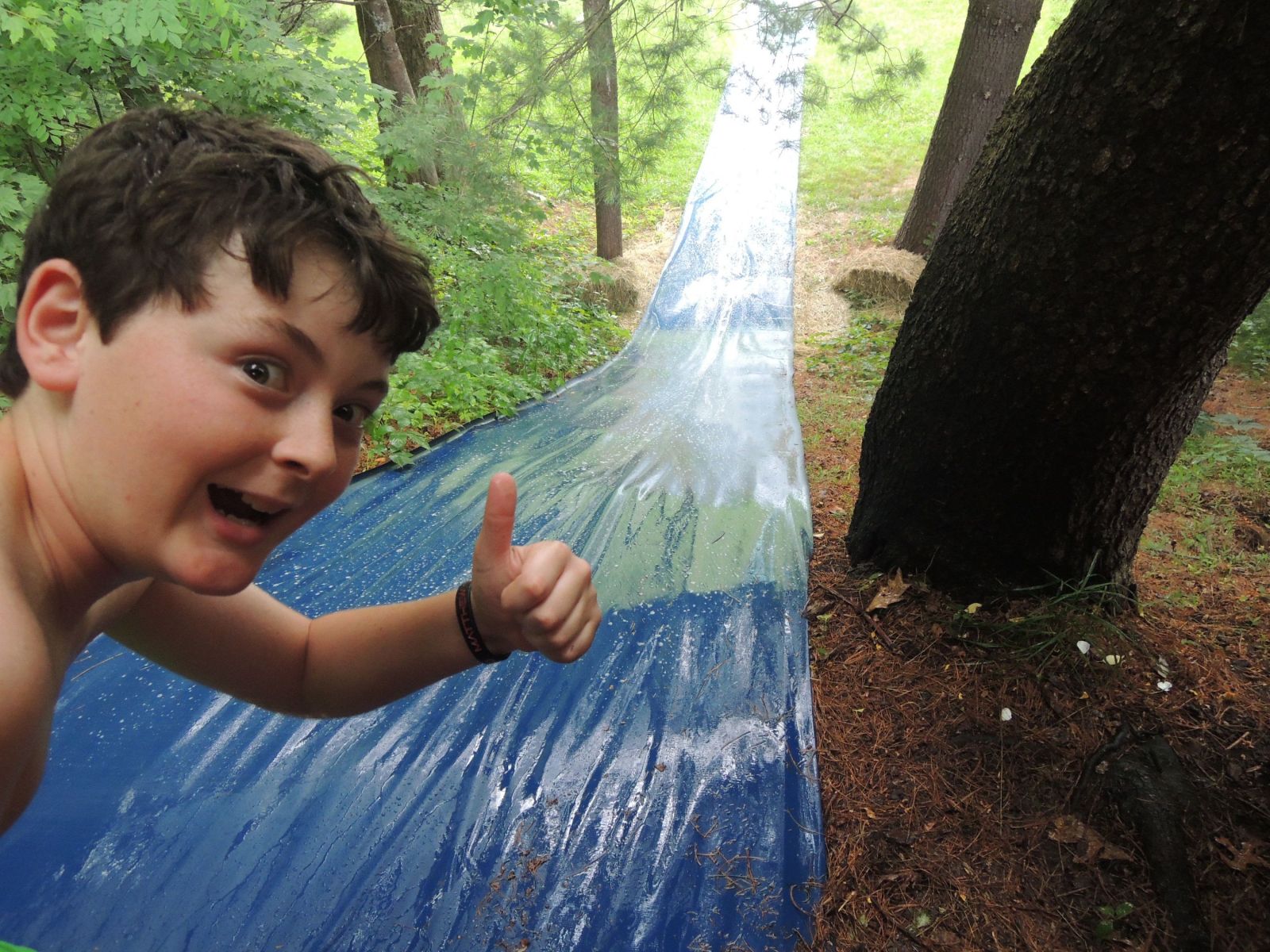 After a nice day of rest from Sunday it was time to ramp things back up and Timberlake didn’t miss a beat. As the bugle sounded and the clouds parted the sun came shining down yet again leading to a day full of activity and joy. With breakfast in mind campers made their way down to the Tucker Inn to find made from scratch biscuits that could be made complete with sausage, eggs, and cheese. Or for the less adventurous some butter and jelly would suffice. Therefore, with replenished bodies and minds it was time to begin the day.

The morning yell, a staple of Camp Timberlake, was not forgotten and all yelled as loud as they could, letting everyone around the mountain range know that we are here. Chapel soon followed where counselors and campers lifted their voices worshipping God as they were surrounded by the mystic loveliness and beauty that Camp provides. Soon after all scurried up to the cabins for a quick cleaning session known as Cabin Clean-Up where the campers compete for glory and honor as the cleanest cabin at the end of the session. For today Big Slaty came away with the victory scoring a 9.9 coming so close to perfection. Although they may have won the battle, they haven’t won the war. With the cabins all spick and span it was time for classes and activities, and there was much that occurred during this time.

First off, it was the first day of launching rockets and some of these rockets truly soared. Campers with successful rocket launches were: Jagger D. and William B. The tennis court also proved very eventful where campers got locked into a 20-minute game of jailbreak, a game in which it is rare to go past 5 minutes. Therefore, campers in this third period standstill will have to complete the game next class. In backpacking it was time to learn how to make a fire efficiently, something very crucial to surviving in the wilderness. Two campers really stood out during this time as Quinn M. and Peter M. made a great duo and led with enthusiasm. On such a beautiful and sunny day there’s no way the waterfront could be neglected. In canoeing campers learned their high and low braces in order to help them keep balanced when facing rapids and whitewater. Yet, in the case that the boat flips campers will know how to get right back up as they also learned how to un-swamp their canoes. In swimming class campers continued to learn new strokes as they progress to becoming more proficient swimmers. One camper in particular, William M., earned the first bar of the summer for swimming where he earned his bronze. Music was not out of the question on a day like today either, guitar class continued learning new songs and the popular choice for the day was “wagon wheel.” Chuck H. excelled today in guitar, as he got even closer to earning his bronze bar. Then up on Spencer’s Green soccer and team sports showed off what they can do. In soccer, Tyler M. never gave up and was very persistent in working towards his bronze; his hard work and determination paid off as he earned his bronze bar today. Also, Jack W. and Price S. demonstrated some sweet teamwork and skill as they won World Cup playing as Brazil. Then in team sports two campers in particular stuck out as Josh H. and Andrew W. worked towards their gold bar in the class.

Although, all this occurred on camp today there was more that occurred through trips. A fly-fishing trip went out today with: Bryce B., Ben H., Calvin T., and Alex G. Even though many fish may have not been reeled in, a huge snapping turtle was seen and the kids enjoyed marching up and down the Davidson River. By the end of the day Ben H. had one of the sweeter and smoother casts.

With a day full of activities drawing to an end it was time for dinner to sit back with one another and swap stories and share laughs of such a good day. With dinner and the day coming to an end, there was still one event very important to both of the tribes, the evening activity. Lower cabins went into war in a game of battle ball, a game known to be one of camp favorites among campers. While upper cabins had fun on Mackey’s Green with some ultimate frisbee, volleyball, and a large slip n’ slide. It was another great day at Camp Timberlake and there are only more good days to come.