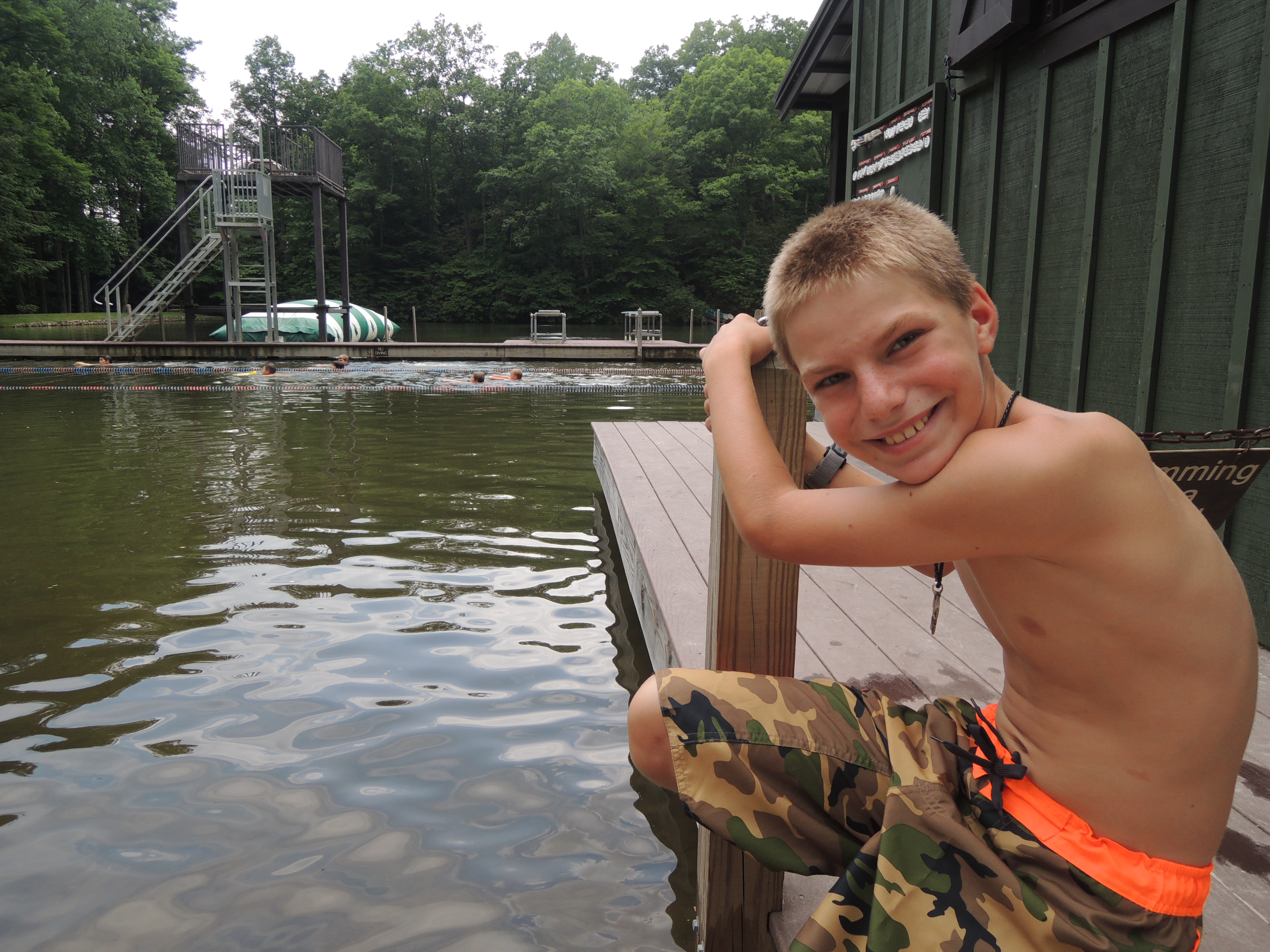 Friends and family of Timberlake,

Today has been yet another wonderful day in the always exciting and active life at camp. Most importantly, it has been a day where fears have been faced, leadership has abounded, and mountains have been summited – both literally and figuratively. From the thundering roar of the morning yell, to the voracious shouts of jubilance at the announcement of the evening activity, there has certainly been no shortage of celebration today at Camp Timberlake, and that is a beautiful thing.

Starting off the day, after a hardy and filling breakfast, several of our campers left to embark on our two trips of the day. The first – an epic mountain biking trip through the trails at Warren Wilson College. Led by the fearless instructors Joe B. and Dan N., the group had a fantastic trip roaring and winding through the tight turns and trails, and Wes H. was specifically noted for his outstanding showing on the bike today. As for the other trip, an adventuresome group of young men, led by instructor John Christian K., left for an overnight backpacking trip in the beautiful Linville Gorge, where they will undoubtedly gaze endlessly upon these beautiful mountains that surround us and sleep beneath the expanse of stars overhead.

Back here at camp, the morning started with a melodious round of songs, led on the guitar by Josiah B. and Andrew M., followed by an uplifting and encouraging chapel talk by the one and only Charlie R. Moving along to the oh so important and fierce competition that is cabin cleanup, the day was won by Tomahawk with a perfect, yes I said PERFECT, 10!! Clearly, in my incredibly unbiased opinion (I’m the counselor), they continue to win the exceedingly best cabin award – which I just made up. As for the activities, the day was full of exciting stories and moments of camper growth and success. On the enclosed battleground that we call the airsoft course, Tyler S. showed great leadership, with Nathan V. showing great courage as well. Speaking of leadership, in the design studio of rocketry, Parker B. completed his level 1 rocket, and Josh B. put the finishing touches on his level 2 rocket; yes, ladies and gentlemen, at Camp Timberlake it IS rocket science.  Continuing on the path of leadership: today, instead of having instructors teach fencing, our class was taught by two of our campers, Brad S. and David G., which is pretty fantastic if you ask me.

Just as our backpackers were out literally summiting mountains, many campers were right here at camp doing the very same thing. Except these mountains weren’t tree lined and 3600 feet above sea level. These mountains were born in the mind, only to be conquered by relentless work and a desire to achieve. In the rippling waters of Lake Dorris, Wes H. and Henry M. spent the afternoon perfecting their rolls in the kayak, while Tyler K., Parker B., and Cameron S. learned their rolls for the first time. Additionally, in perhaps the most exciting news of the day, Brad S. completed the daunting task of earning his GOLD BAR in guitar. As the culmination of his hard work in guitar, Brad S.  wrote and played his very own song, which, from what I heard, was nothing short of magical.

Aside from the incredible activities today at camp, today’s free time also contained its fair share of fun and excitement. The highlight of free time though, without a doubt, was the legendary game of 11 v 11 soccer that included counselors and campers of all ages. With the viral spread of World Cup Fever running rampant through camp, our very own Brandon C. delivered the instant cure by organizing this exciting and thrilling game. After a long and hard fought battle, the game was eventually won by the skins, with the winning notch coming from the talented Wes H. To be sure, this was a game for the ages; had ESPN broadcasted it, it probably would have had more viewers than the USA vs. Ghana game on Monday, which broke the record for World Cup Viewers in the US!

While there are countless other enriching moments and fulfilling adventures to write about, all good things must come to a close. Except for camp – for the lessons, the laughter, the friendships, and the continual pursuit of growth through friends and adventure will continue day after day, week after week, session after session, and, most importantly, will dwell in our hearts and spirits for years to come. But as for the article, in the words of Porky the Pig: tha-tha-tha-that’s all folks!