As soon as the daily bugle greeted Timberlake at seven in the morning, it was immediately clear that today was not going to be like any other day. Campers and staff alike were woken up to an unusually cold morning, which meant one thing, a beautiful day at camp.

At breakfast, Timberlake was served a meal of scrambled eggs, home fries, and biscuits. The meal, a camp favorite, was universally loved, and provided everyone at camp the necessary energy to make it through the day. After the meal had ended, Timberlake walked back up the hill to Chapel. Today’s message in Chapel was given by Stomper’s Knob counselor Drew J. Today’s message focused on the incredible ability of Jesus to wash away our sins and renew us.

Once Chapel had ended, campers went back to their cabins for cabin cleanup. Every cabin was looking to dethrone the champions, Big Slaty, who had won cabin cleanup the previous day. Becoming the day’s champion would be no small task, and every cabin seemed up to the task.

One of the best things about Timberlake is the incredible trips that are taken out, and today, there was no shortage of great trips taken. After cabin cleanup, several groups met up and left camp, ready to conquer whatever challenges they would face outside of camp. Matteo A., Harper C., Zach F., Logan F., Cameron W., and Quinn F. all went on a waterskiing trip to Lake James, which is only about 45 minutes away. There was also a backpacking trip today with Victor A., Jack H., Joe B., Nathan M., Luc B., and Brian S. The boys hiked out of camp today on the Seven Sister’s Trail today, which follows a ridgeline in the Black Mountain/Montreat Area.

After the trips had left, Timberlake went their separate ways to morning activities. Over at the Tennis courts, Archie D. showed off his natural prowess at tennis by dominating backhands. In Paintball, Ben A., Peyton W., and Xavier S. all dominated, and each led his team to multiple victories, while on Spencer’s green Brandon P., Jack W., and Bailey M. all earned one step closer to their bronze bars in Team Sports by completing the football requirement of the bars. Even though they still have their basketball and Frisbee requirements, these three guys definitely completed a portion of one of the harder bars to earn at Timberlake!

Once the morning activities had ended, Timberlake once again met down at the dining hall for a meal. Today, campers and staff were treated to a delicious meal of chicken nuggets and fries. After lunch, two big announcements were ready to be made, the morning’s cabin cleanup and announcements, and the winner of last night’s evening activity, Ninja Training. Today’s cabin cleanup announcements were the first to be announced, and they had no shortage of drama. Today’s scores were some of the highest this summer, and it came down to two cabins, Stomper’s Knob, and Big Slaty. When all was said and done, Big Slaty emerged with a 9.99 to 9.90 victory over Stomper’s Knob. Next came the result of Ninja Training, and the entire dining hall was on pins and needles for the announcement. Program Director Thomas C. stepped to the mike to deliver euphoric news to one tribe, and devastating news to the other. “The winner of last night’s evening activity…” he began, “…is IROQUOIS!!!” Half the dining hall screamed in jubilation, while the other half hung their heads.

Next came rest time, one of Timberlake’s favorite times of the day, and after came free time. During free time, there is no shortage of activities, and every day, innumerable amounts of campers take advantage of this time to get better in their activities. In Archery, Ben A. earned his bronze, while Nico L. belayed his fellow campers at the Upper Tower on Spencer’s green. Also, Jack G. and Tom B. ran the Tomahawk Trail and moved one step closer to earning an elective mark in the Little Chief system.

After free time came the afternoon activities. In tennis, Bennett D. dominated Jail, and cemented himself as the camper to beat. George H. rocked the low ropes course in backpacking, while at the same time in canoeing, Matteo A., Damian U., and Hugh S. won a paddle race. All the way up the hill at the Mark, Josh K. taught fencing class how to perry, and on Spencer’s Green, Zach F. learned how to throw a backhand with a Frisbee in team sports. In Riflery, Mike P. shot sitting down in order to move one step closer to his silver bar. At the Upper Tower, Dash V. belayed everyone in his class, including Parker C. and Bailey M. who both moved one step closer to his silver bar. Finally, down at the lake, Ty M. learned his T-Rescue in kayaking and now can move on to learning his roll.

Dinner came next, and Timberlake was treated to Burrito Casserole, a camper favorite. The dining hall was nearly silent as campers and staff alike chowed down on a hearty meal. Once the meal had ended, the evening activity was announced and tonight’s activities are two of Timberlake’s best. Tomahawk, Little Piney, and Big Piney are in the Mike playing Battleball, while Stomper’s Knob, Little Slaty, Big Slaty, and Greybeard are up on Spencer’s Green playing a game invented by counselor Brandon C. called Wonderball. Wonderball is a mix of lacrosse, handball, soccer, and ultimate Frisbee and has already become a camper favorite.

Overall, tonight was a great day at camp that will certainly not be forgotten. It truly is days like today that push the camp experience to a whole new level, and provide a positive experience for each and every boy at Timberlake. 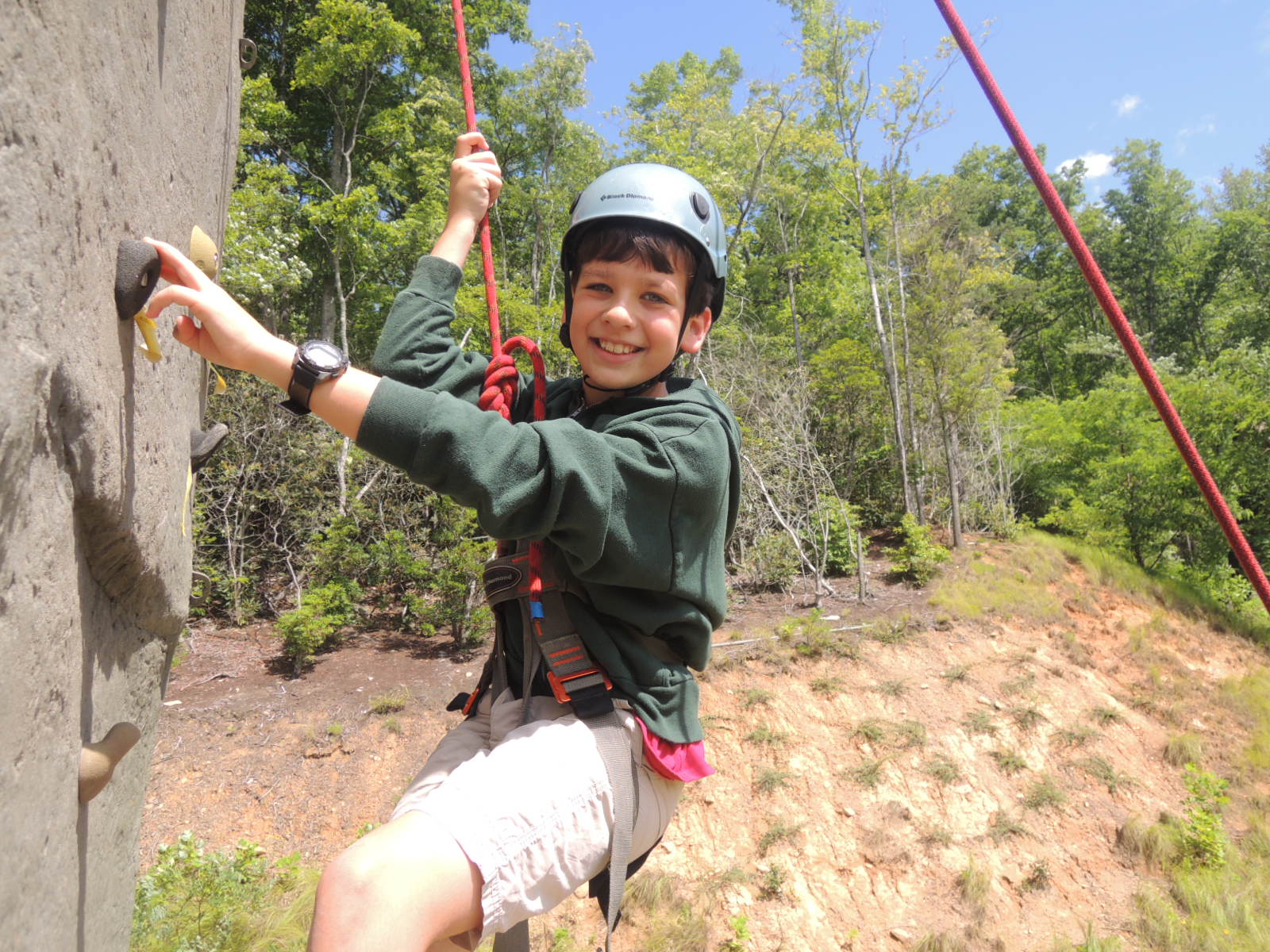