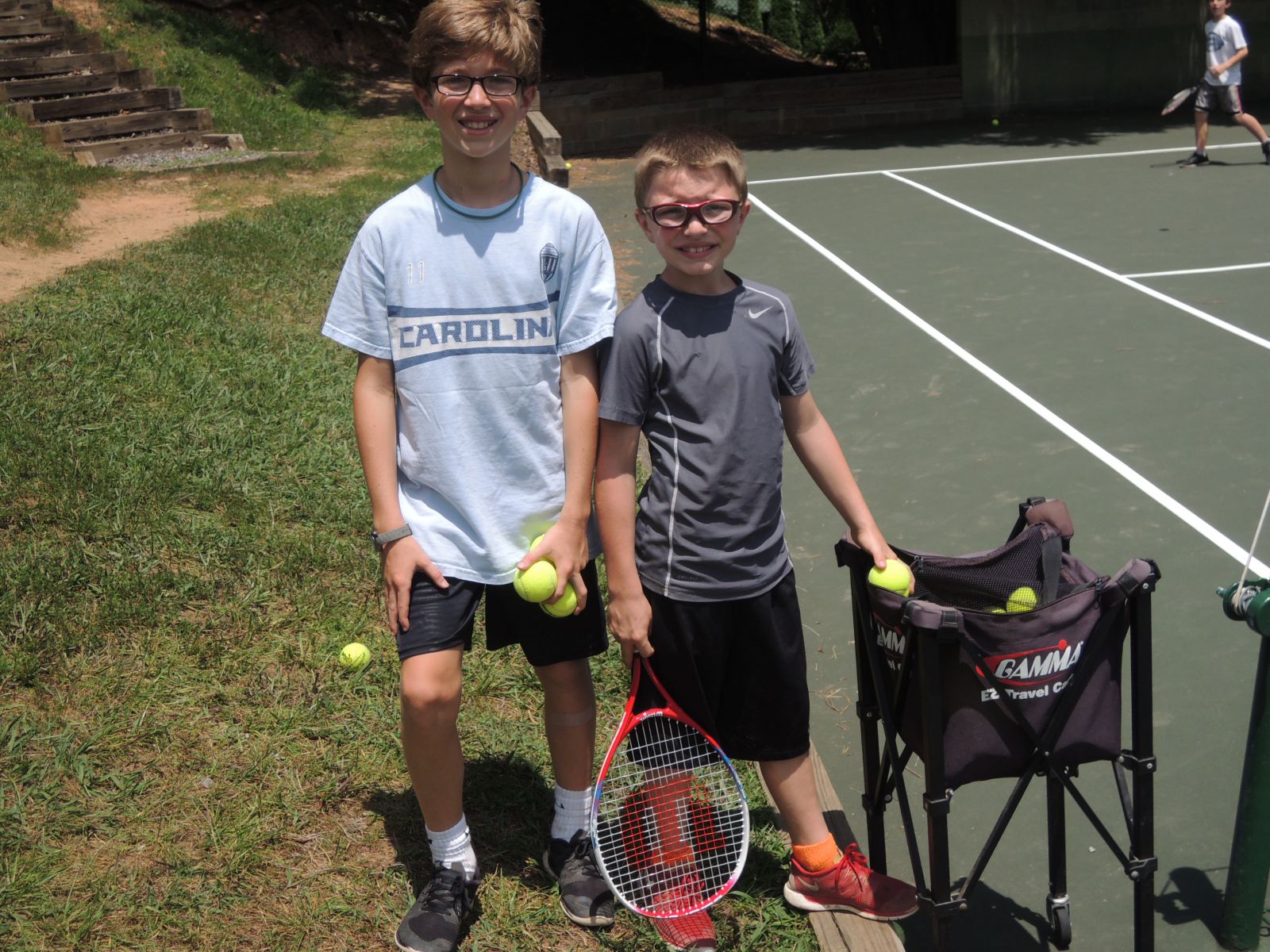 After an amazing first day of activities, many campers were asking the question “Can camp really get any better than this?”  Well, somehow, today it did.  I know you may have your doubts after hearing about yesterday, but let me see if I can convince you otherwise.

Campers started off their morning with a strong breakfast and continued it with a great chapel.  The campers were greeted in the Tucker Inn with a true camp delicacy, breakfast pizza.  We have found that the two things campers love more than anything are breakfast food and pizza, so we combined them to create the best possible breakfast for our boys.  Next the campers did a rousing morning yell led by Cabin Area Director Charlie.. After the morning yell prepared the campers for the day, they left for chapel.  Chapel today provided a break from the usual craziness of camp by giving the campers a time to worship with peaceful songs such as Star of the Morning, but also taught them that God is joyful by singing energetic songs such as Pharaoh, Pharaoh and The Banana Song.  Counselor Ashton ended chapel with a “true story” to explain the topics that the campers will talk later in their devotion in the cabin tonight.  After this excellent morning, campers had the energy to carry out an amazing day of camp.

Camp property wasn’t the only place with exciting events going on.  Today camp sent out two trips: a climbing trip to Ship Rock and a water skiing trip to Lake James.  Blake C, Matthew A, Cody S, Robert H, and Diego R crushed both the Lost at Sea and Edge of a Dream.  Also, on the waterskiing trip Gavin G learned how to waterski and was able to get up on his first try.  At camp, love trips, because they give our campers a chance to put the skills they learn at camp to practice and experience adventure.  Our hope is that through trips campers will develop a love for the skills they learn at camp and will gain a sense of adventure that will be an agent of growth, impacting every aspect of their lives.

Today was an exceptionally good day of activities and fun..  Keagan K. earned his silver bar in climbing.  Both Quinton S.  and Wait M. earned their bronze bars in tennis.  The campers got competitive today in Archery when Gabe C. hosted a tournament during free time.  Mack W won the tournament earning a free trading post for his victory.  Will L.  also earned a trading post by completing a challenge from Counselor Austin during archery class.  In Rocketry, Jack R taught the class as a part of earning his gold bar and Phoenix D completed his level one rocket.  During our meals today, we got the chance to celebrate.  At dinner, we sang happy birthday for Louis G. Then, after eating Stromboli and cookie on a stick, the dining erupted with a cheer of “Thank you kitchen” and loud bangs.  After that Counselor Dylan announced that we will be playing Great Escape tonight.   Right now the campers are about to go to bed, but tomorrow I’m sure they’ll wake up ready to do more amazing things here at camp.