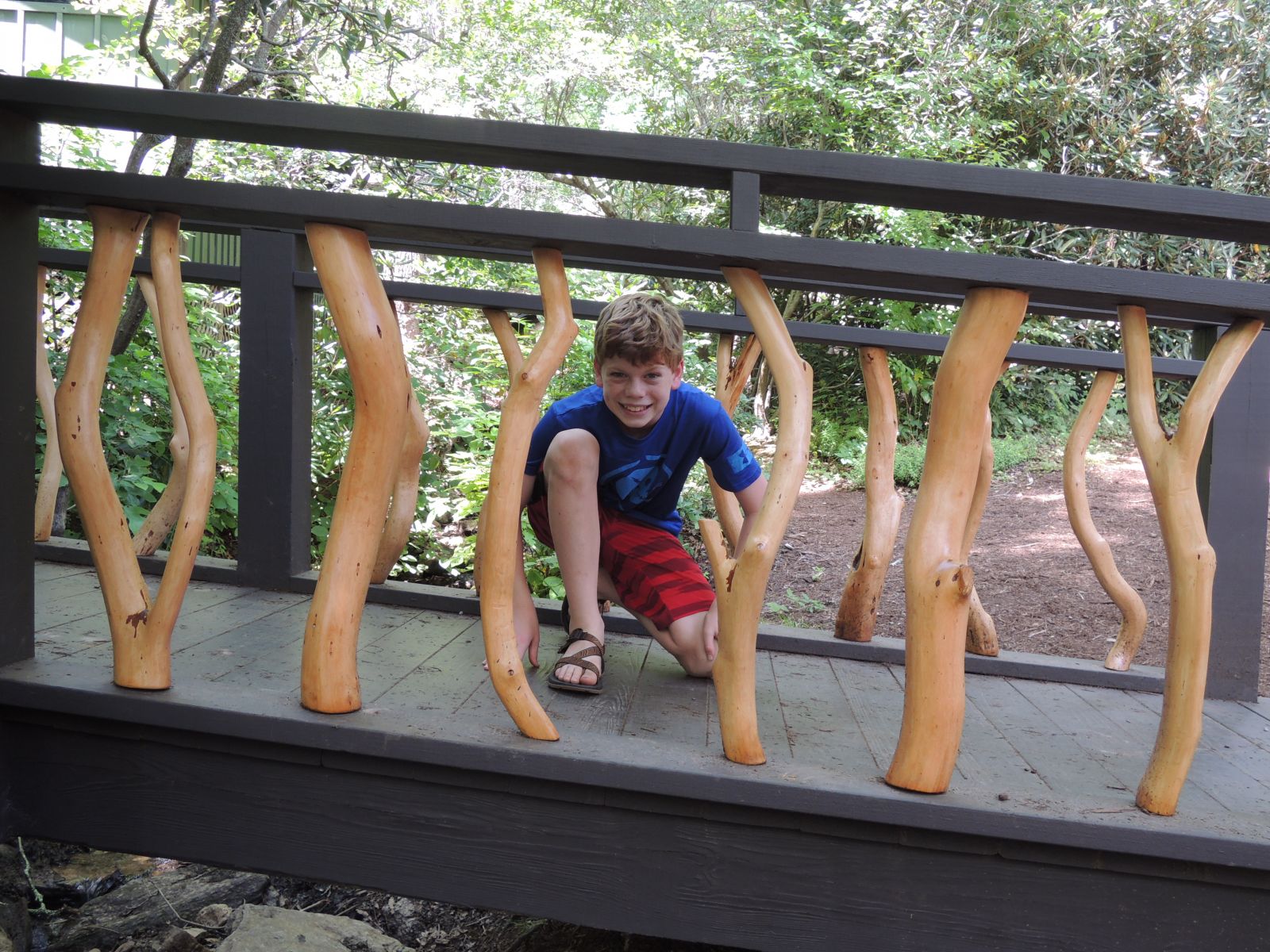 As dawn broke this morning across Camp Timberlake, the weather was noticeably cooler than it has been over the past few days.  The cooler weather brought a new energy to the activities as the day wore on, as did the breakfast pizza that the kitchen crew prepared for the first meal of the day. Adam Boyd talked on the topic of “Who is man?” in chapel, and then the boys headed to the cabins for clean-up.  Big Slaty earned the highest score with a perfect 10 (yes, moms. Teenage boys can clean when they want too), displacing Stompers Knob at the top of heap today!

The morning’s activities were full of fun and learning.  In Camp Craft, the backpackers learned how to hang a bear bag, and then tackled the “leave no trace” principles.  In swimming, Joe B. was the exemplar of the perfect freestyle stroke, while in pottery, Daniel Y. finished coiling a great pinch pot as he continue to work towards his Bronze Bar.  Dash V. helped to teach the Rocketry class as he continues to progress towards earning his Gold Bar. Charlie D. easily clambered up the steepest wall on the climbing tower.

The boys paused for lunch (Chicken Patty sandwiches!), followed by announcements (Iroquois celebrated their victories in Ultimate Basketball and Capture the Flag from the previous nights’ activities) then headed up to the cabins for Rest Time (the Best Time), followed by Free Time activities that included a Boulder Climbing Competition up on Spencer’s Green, a lower-cabin Gagaball bonanza, countless tetherball matches around the Trading Post and hanging out in hammocks.  Some boys even practiced their dam building skills in anticipation of the traditional Sunday afternoon dam-building competition on the creek that runs through the boy’s cabin area.

Spencer’s Green was the hot-spot for afternoon activities on this perfect summer day. Patrick M. crushed the climbing wall as Dash V exhibited flawless belaying skills.  Meanwhile, the wrestling classes spent their time in Tiger Tail and Toe Tag competitions and the kayakers tore up Lake Doris with a spirited kayak polo match.  Kennon S. would not allow anyone to score as he guarded the goal for his team.

There were several off-property trips again today, as the campers went out to explore the surrounding mountains, rivers and lakes.  J.B. G. and Brandon P. tore up Lake James, while Ty M. put on a wakeboarding exhibition on a waterskiing trip today.  Brian S, Hank B, Seth H, and Jack D managed to sneak off on another Kayaking trip today, this time on the Nantahala River.  They were joined by Joe W who surfed in a hole and managed to pull off a front loop.

The boys all poured in to Tucker Inn for a dinner of Roast Pork and Au Gratin potatoes, after which they sang Happy Birthday to Josh K, who celebrated his 13th birthday with his Timberlake Brothers.  The evening competitions were put aside tonight so that the boys could have Cabin Night.  Some will hike up to the Shelter for s’mores, some will jump in Lake Doris for a free swim, and some will play laser tag in the Mike.  Greybeard Cabin is even headed out of camp to catch an Asheville Tourists baseball game.

The sun will soon set, and the boys will hang out together around campfires, in their cabins for devotions, and finally, taps will sound and the lights will go off, ending another great day at Camp Timberlake.