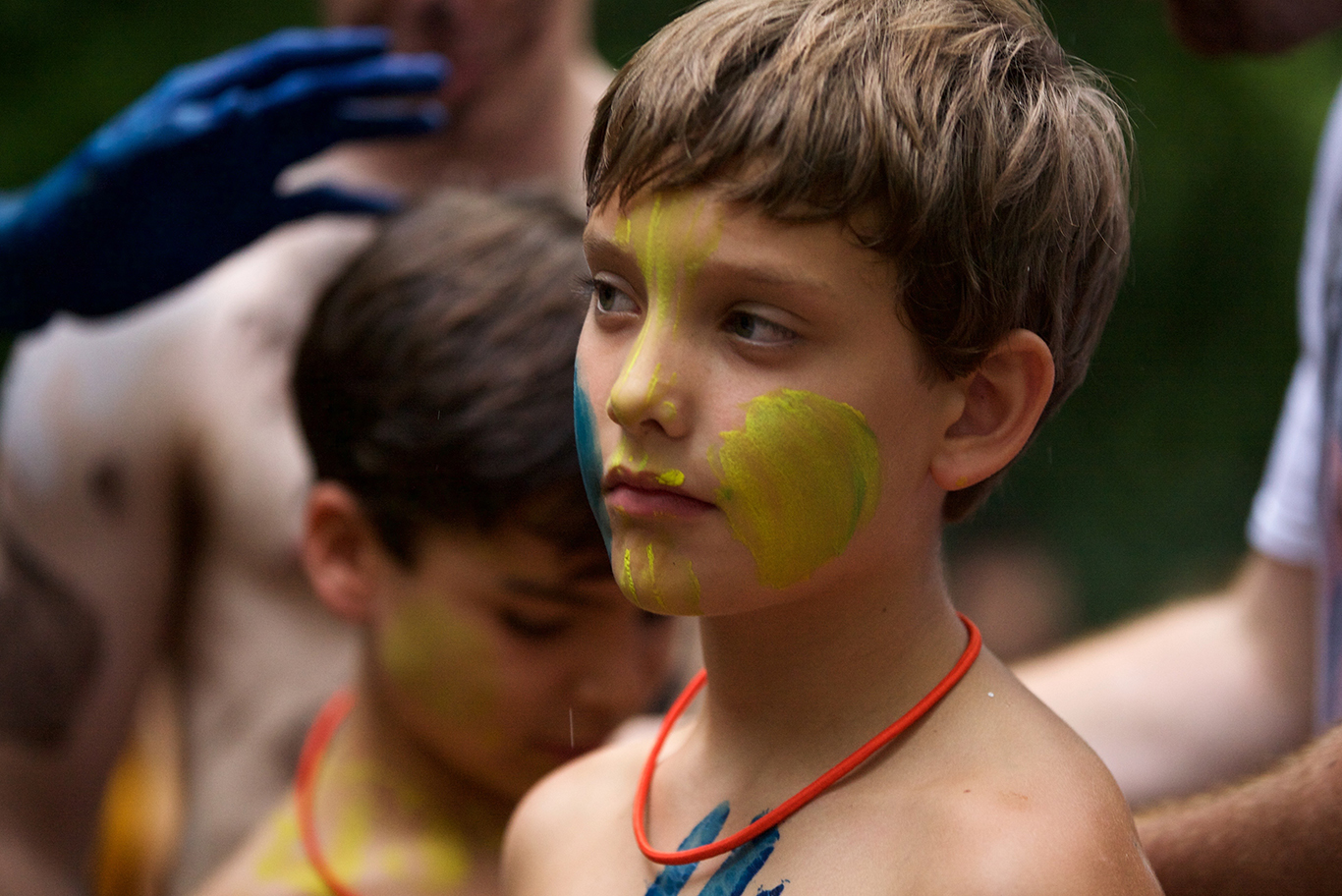 If you were looking forward to a dull and relaxing Friday, I’m sorry we disappointed you. The campers woke to beautiful clear skies and a seventy degree walk down to a breakfast of eggs, hash-browns, and sausage and a classic Charlie Richards style Morning Yell. Davis Bateman led a reassuring and inspiring chapel about God’s unfailing love and faithfulness to us even through our failures from Luke 22 and John 21. There was no shortage of excitement in the morning’s activities! Thomas H. excelled in climbing at the traverse wall where the campers practiced knots and technical climbing skills. Team sports met at the basketball courts and worked on bars for the next generation of NCAA legends and Soccer battled fiercely on Spencer’s green for campers to focus on teamwork and pushing each other to work to finish bars by the weekend.

When the dust settled from the morning’s chaos, the campers had the beloved pita pockets and kettle chips for lunch with chocolate chip cookies that can only go with a big glass of milk and a huge smile. While all cabins pulled in impressive cabin cleanup scores, Greybeard swept away the competition with a perfect 10 and the Iroquois were crowned the victors of last night’s BattleBall! After lunch the dining hall shook with applause for a Free Swim which after the “Best Time!” (“Rest Time!”) and Trading Post let campers cool off from the warm afternoon sun. Matthew J. hosted a fencing tournament at the only fencing pavilion with a jaw dropping view of these majestic mountains and earned his highly respected Gold bar in the. A brave and adventurous few campers set out for an overnight backpacking trip while the camp’s Cross Country superstars made the most of the Tomahawk Trail and laps around the buzzing camp.

Joe B. set the bar high in his afternoon swimming class while Elliot B. wowed the crowds with this grace and precision on the diving boards. Brandon P. finished up his rather difficult Kneeling requirements for his Silver bar in Riflery. The AirSoft and Paintball classes played the fabled “One in the Chamber” where each camper only gets one shot for each game, teaching them the importance of tactical movements, aggression on the field, and team coordination.

After a dinner of Jambalaya and Corn Bread, Brandon Chase brought the house down with his announcement of Little Chief and “El Presidente” for the evening’s activities. The rain threatened to wash out plans, but subsided just in time for the tribal Chiefs, Med-men, and Lookouts to paint up for the ceremonies. The camp tradition of the Little Chief ceremony recognizes the campers that have excelled in their activities, cabins, and in the camp as a whole that week with the awarding of Camper and Counselor Commendations and well as Promotions. Tonight Dane T. was given the revered title of Warrior (denoted by a red band) and nine campers were recognized as “Sons of Timberlake” for having been at camp for six years. The rather new and certainly fast-paced and exciting game of “El Presidente” which followed the ceremony pits the tribes against each other in a Sock War-esk man-hunt to find and catch the camper in each tribe named the president by pulling the sock from his side. But… who is the president? Who are his generals and other high ranking officers also worth valuable points? And who is just a private, on a mission to protect the president with his life (or rather, flag)? Only time will tell… After washing off their war paint and winding down from the fun of their various post evening activities, the campers were informed that a certain Cowboy Joe might me passing through town tomorrow. Who knows what might happen!