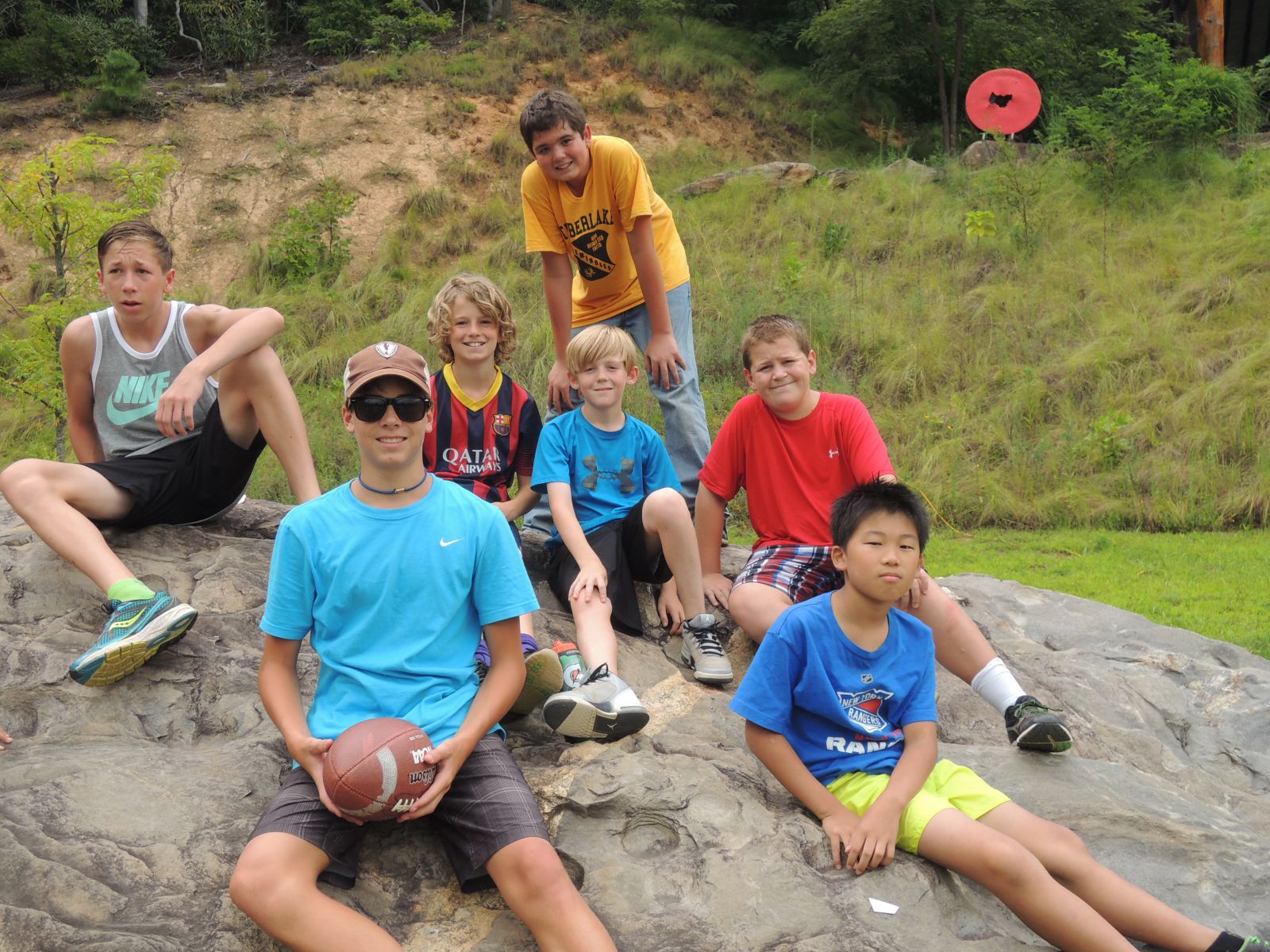 The morning sun climbed its way up the backside of the mountain, as it does every morning, blessing camp with its presence and abundance of warmth and sunshine. In the meantime, campers began to stir and awoke to the reveille where they wiped the tiredness from their eyes to see the beauty and numerous opportunities that lay before them as is true to each and every day here at Camp Timberlake.

After a good morning fill of biscuits and gravy and a chapel session, activities were in full swing and one place in particular that started the morning off strong was the our very own Lake Doris. In first period, Greybeard (the oldest cabin) joined first period swim class for a surprise free swim that involved the blob, diving boards, and all else one could think to do in a lake. In fact, Seth Hutzler was so excited he couldn’t wait to get in and got blobbed fully clothed, and I mean hoodie and all. Meanwhile in canoeing, the act of un-swamping a canoe (turning a flipped canoe back over) was being taught in the shallow waters and Gus R. mustered up all his strength and displayed that he can un-swamp a canoe on his very own. And in kayaking, canoeing’s counterpart in boating, Ben A. continued to work on his roll while the rest of the class worked on their hip snaps, a very important piece in the foundation of a roll.

The lake wasn’t the only place filled with action; rocketry took it to our very own Cape Canaveral (Spencer’s Green) in order defy gravity and show mother nature what man can do. Vladimir P. was able to successfully launch a level 7 rocket (the equivalence of sputnik 1).  Philip S. got his silver bar for launching his level 2 rocket with a successful landing with his parachute still in tact. All others in rocketry learned about Newton’s First Law of motion and the necessity for an engine block. Needless to say we have plenty of campers ready to deploy their talents for NASA.

Many of our climbers also defied gravity today, but in a horizontal fashion as they met at the traverse wall to learn safety rules and various climbing techniques. After which, Kurt M. got many of his requirements for Bronze knocked out of the way. Other notable standouts from today’s activities would be Joe B. who played outstanding defense in wonderball leading his team to a victory in a combined class of team sports and soccer. Also Fidel C. showed his capabilities on the paintball course leading fearlessly into battle spraying his opponent’s with paint. And down in backpacking Hank H. and Marco S. dominated the high rope’s course with an uncanny sense of poise for a feat occurring so high in the air.

Some takeaways from today outside of activities are: Big Piney and its’ stretch of victories in cabin cleanup bringing it to a total of three straight now (That’s right 9/10 year olds can really clean!). Lunch was one of its bests, as everyone fueled up on chicken patties, french fries, and a camp favorite S’more Pockets. Tonight’s evening activity was El Presidente, where the Seminole’s and Iroquois continue to fight tirelessly for all the glory, the banner at the end of the session. As the day winded down and all returned to their cabin, campers were able to swap stories with their newfound friends from the day and anxiously wait for the next day where the sun will return and climb its way up the mountain and into this place many can now call home, Camp Timberlake.