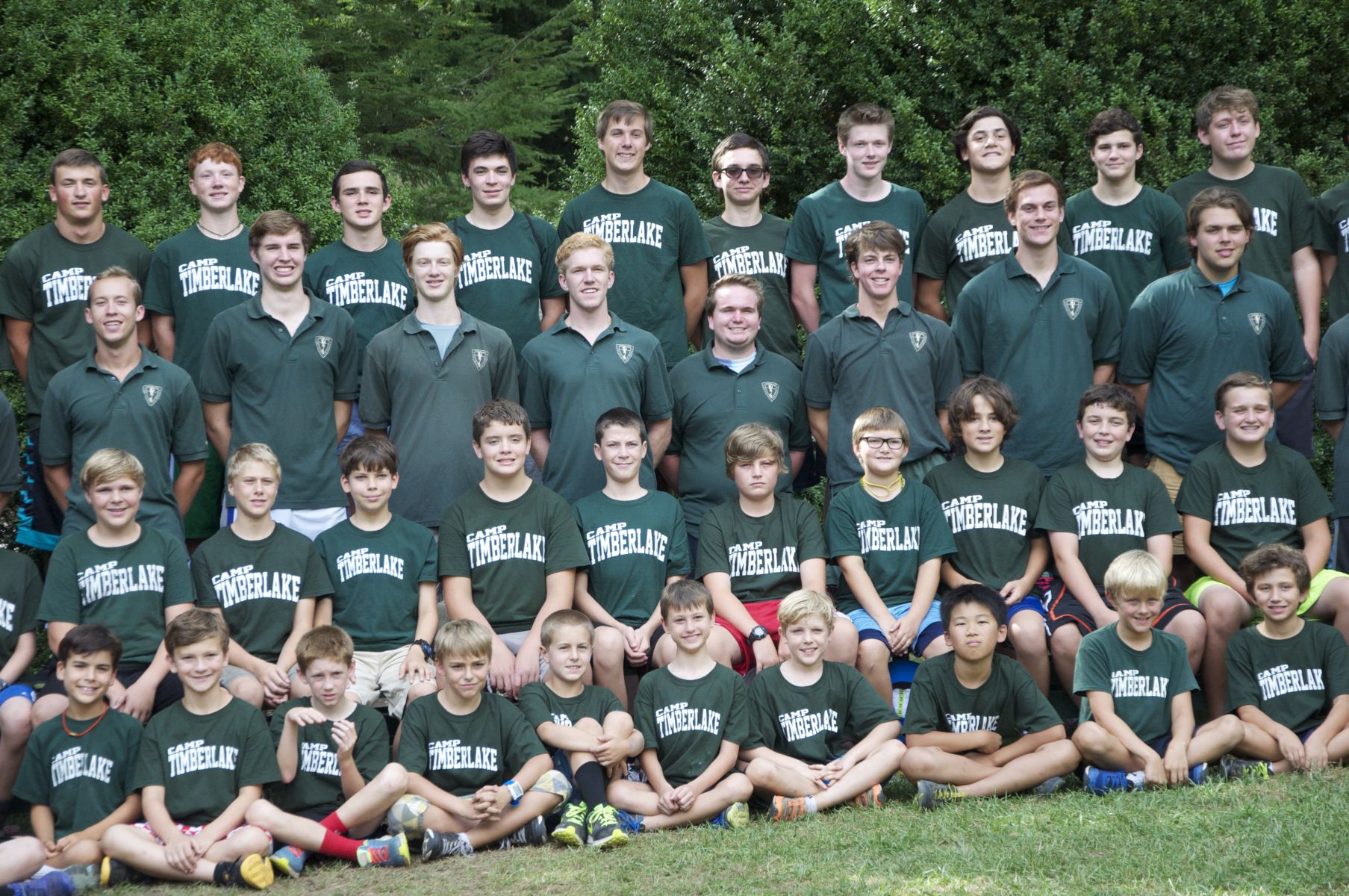 Our campers and staff have had yet another glorious day at Camp Timberlake! We woke up this morning and were served a healthy helping of eggs and bacon. At chapel afterwards, Director Dan Singletary talked to the campers and staff about “Who man is?” After chapel, the day started to get rolling with our activities. Two trips went out in the morning today for kayaking and fly-fishing. On the fly-fishing trip, Zander Z. and Cole R. both caught some decent sized fish out on the Davidson River. The kayaking trip went to the Lower Green and Ben A., Tom B., Tim M., Kennon S., Charlie D., and Joe B. all said they had a very fun and relaxing time paddling the river. Meanwhile at camp, swimming class learned the backstroke and Eli B. demonstrated exceptional backstroke. Climbing class learned advanced moves in lead climbing and the campers got a chance to practice lead climbing and belaying fellow campers.

At lunch, we had Greek chicken pita pockets and cookies, but the great meal was overshadowed when it was announced that the SEMINOLES won the first ever game of Mission Impossible (Inspired by the board game Risk). After announcements, we headed to rest time and free time. Rest time is the best time at Camp Timberlake because it gives the campers a perfect amount of time to relax in their bunks after a long and tiring first half of the day. During free time, Adam G. and Harper C. got the bronze bars in tennis and Colby F. got his silver. Up at the mark, Seth H. earned his gold bar in fencing by holding a tournament for fellow campers and placing first. After a relaxing and successful free time, third period rolled around and the activities started back up. In third period backpacking class, Alex S. taught his class the basics of fire building and taught them how to build a log cabin fire.

After fun-filled third and fourth periods of activities, the camp gathered to take our traditional camp picture. We went straight from the picture to dinner where we were served burrito casserole, which was a hit with the campers and staff alike! And came the moment that everyone had been waiting for all day…evening activity announcement! As everyone yelled and screamed and banged their fists on the tables, Program director Brandon C. yelled out “BATTLEBALL!!” The dining hall exploded with cheers of excitement and of happiness. Battleball is a camp favorite and is in basic terms, tribal dodgeball. Will the Iroquois continue domination? Or will the Seminole look for a second straight win! No matter how Battleball turns out, we’ll all go to bed tonight as two tribes but one camp. As the sun sets over the mountains and the light dims on Timberlake, we are grateful for another day at camp to grow closer to each other and closer to God.