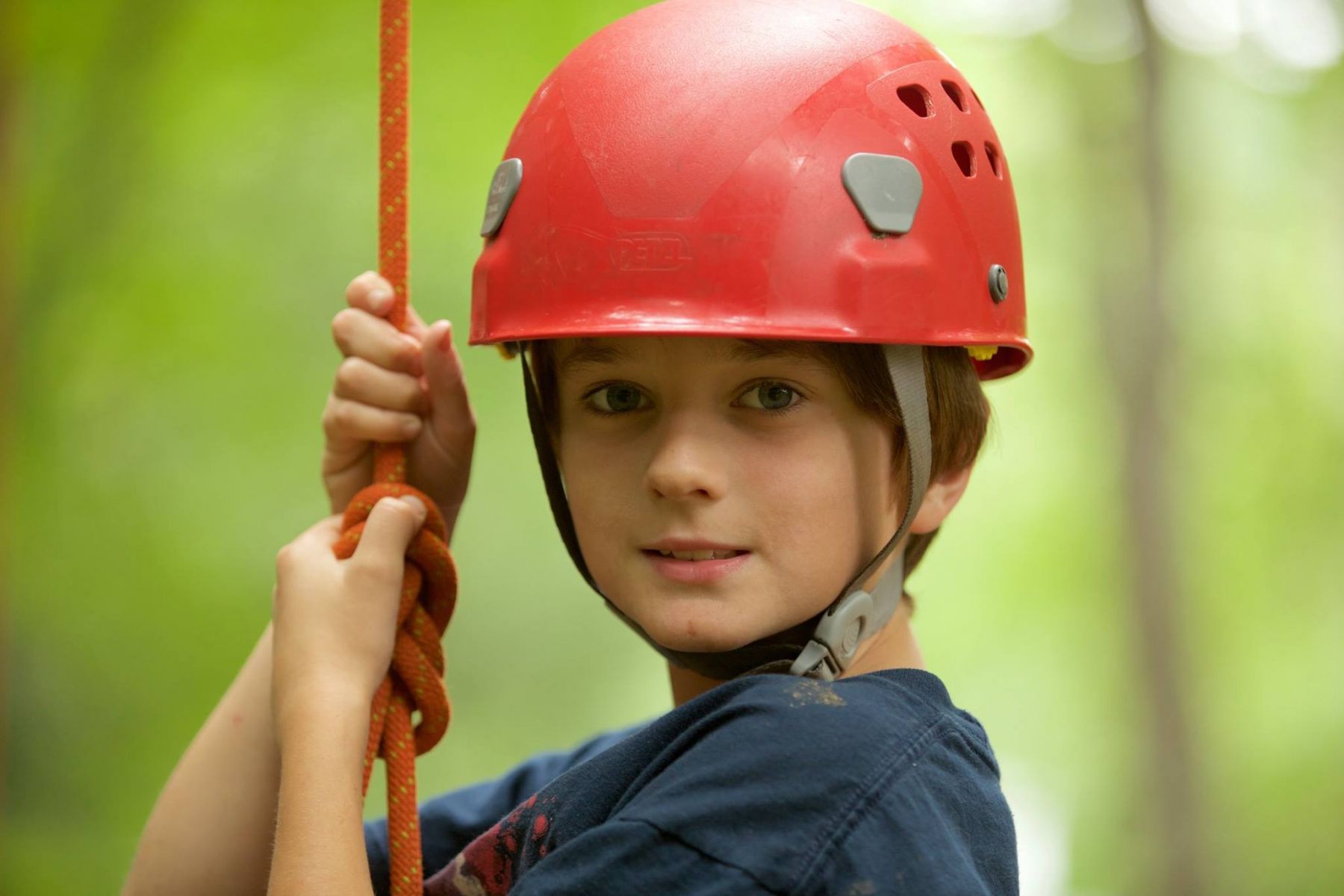 Friday the 7th rolled in with a glorious morning as the sun shone down through the trees onto Camp Timberlake. A cool breeze blew through the windows of the cabins as reveille sounded off and the campers arose from their beds. We were all greeted by some Belgian waffles and sausage, and then the campers headed out for the Morning Yell. Next, our very own Ally G. gave a great chapel talk about how Jesus is our comfort and how he takes our burdens on for us. Then everyone was off to cabin cleanup and the morning activities!
In the rocketry hut, Van S. glued on his fourth and final wing to get his bronze bar. In the next room over, Phillip S. and Enrique D. continued to work on their pottery skills by practicing throwing on the wheel. Up at the lake, Harry S. was swimming the backstroke like a champion, and Joe B. and Charlie D. beat the whole class in a short sprint up and down the lanes. Across the pond, Ben A. and Zander Z. earned their bronze in kayaking.
Lunch was a welcome relief, and everyone enjoyed some meatball subs and crinkle-cut fries. Free time was also quite an exciting time. Kennon S. ran the entirety of the Tomahawk trail with a few counselors, getting one step closer to earning an elective mark for running. After some naps and Trading Post candy, it was back to the activities.Down by the Big House in The Glen, Ben C., Cole S., Will S., and Nick G. all had stellar performances on the high ropes course. Up near the Mark, a few campers were handily defeating their opponents in airsoft and paintball. Jonathan H. earned his silver bar in airsoft, and Ben A. was the first person all summer to earn his gold bar in paintball! Nearby on the climbing tower, the campers learned the basics of lead climbing. Dash V. and a few others were able to practice their new skills with a mock lead climb up the tower. High above camp in the Mark, wrestling was doing double leg take-downs, half nelsons, sprawls, and other requirements for the bronze bar. Alex A. and Rawson B. had an intense match which Alex ended up winning in overtime. Daniel L. also had a great class and was an attentive and eager learner.

After the activities came to a close, all of Camp Timberlake went down to enjoy a dinner of BBQ chicken and potatoes. Then the much-anticipated evening announcement came – the boys would be going to Little Chief and then to cabin night! Everyone painted up and then headed up to the Council Ring in order to attend the Little Chief ceremony. First, the camper and counselor commendations were given to those young men who earned the respect of their fellow campers or counselors by working hard and serving those around them. Here’s the list of all the commendations.

Tomahawk
Counselor:
Will G, Judah R
Camper:
Will S, Ben C, Harry S
Little Piney
Camper:
Jack G, James W, Connor B
Counselor:
Will J, Fenn M, Brayden C, Ryland K
Big Piney:
Counselor:
Ben A, Jonathon H, Bennett P
Camper:
Ben A, Gresham C, Adam G
Stomper’s Knob
Counselor: Edward C, Tyler J, Rawson B
Camper:
Geoffrey M, Drew J, Edward C
Little Slaty
Counselor: Alex N, David T, Alex A
Camper: Alex N, Drake D, Alex A
Big Slaty
Counselor:
Tom M, Daniel L
Camper:
Joe B, Charlie D, Brian S
Greybeard
Counselor:
Freddy E, Grant H, Tim M
Camper: Thomas C, Freddy E, Tim M,
Colby F
After that, the promotions for the next rank were given to all the campers, who then received the appropriate colored band to wear around their neck. After
earning bars in their activities, and also marks for commendations or other achievements, the campers may be eligible to be promoted to the next rank. Here are the promotions that were given out tonight!
Scout: Cole S
Guide: Fenn M
Ranger: Ben A (the highest rank in the lower cabins, a very rare and impressive rank to reach)
Tracker: Rawson B, Parker H
Hunter: Alex A, Thomas M, Phillip S, Hank H
After the Little Chief ceremony, each cabin went off on their own for cabin night. There was a variety of activities going on for all
the cabins, including laser tag, slip’n’slide, free-swim at Lake Doris, poker night in the Enchanted Barn, and many others. All of the boys enjoyed this relaxing and fun time with their close friends and cabin mates before heading off to bed, ready to enjoy

another great day at Camp Timberlake!