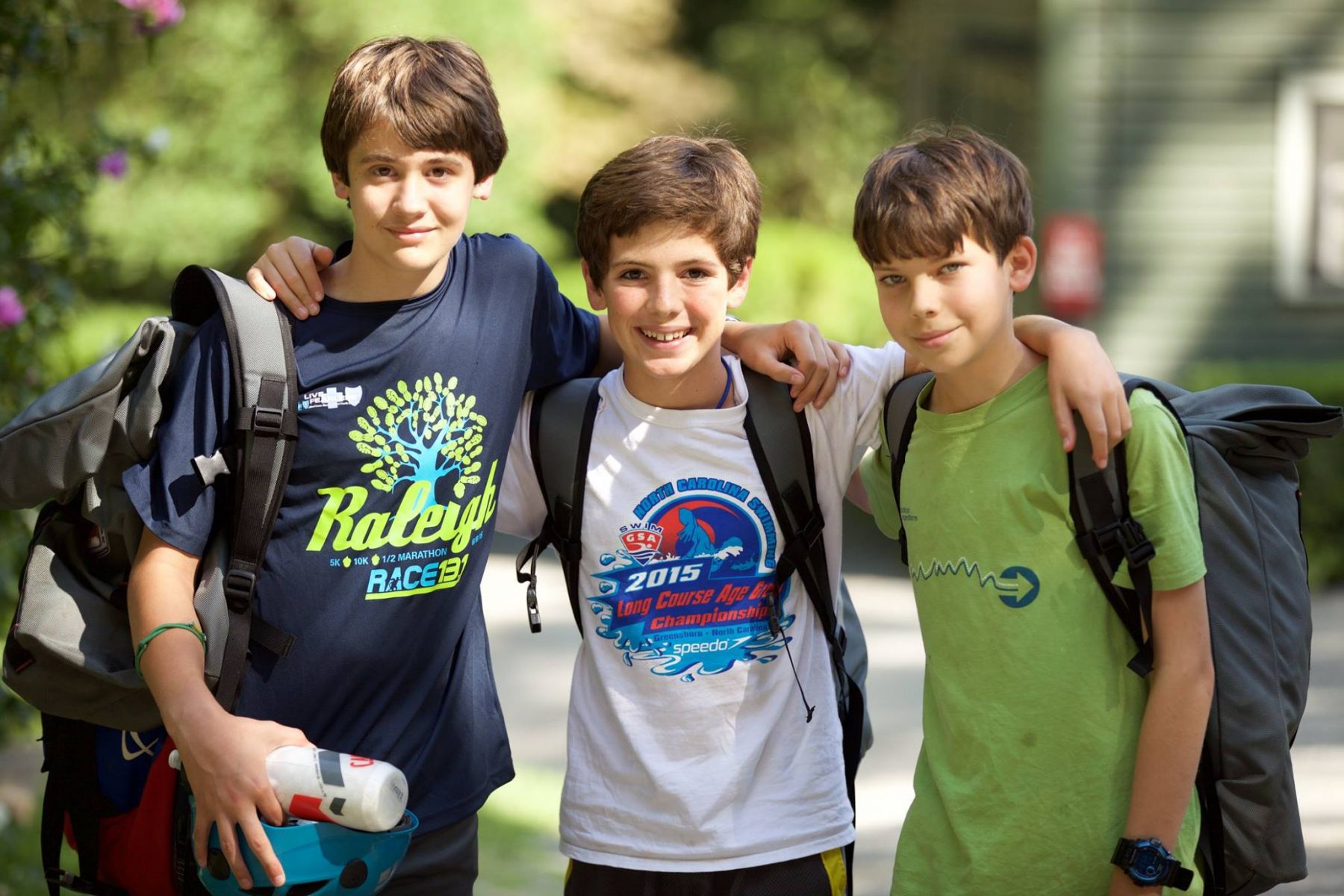 It was another gorgeous day at Timberlake, and as the bugle rang at seven in the morning, campers and staff knew that today would not be any average day. Timberlake made their way down to the Big House, where they found a camp favorite meal, Geometry breakfast!  For those who have never experienced the wonder of a “Geometry breakfast,” let me explain it to you really quick. It consists of biscuits, egg patties, hash browns, and sausage patties. All of these ingredients are combined into a breakfast sandwich and then enjoyed.

Once all the Geometry had been consumed, Timberlake met on the back green for the morning yell and then went back up the Chapel, given by paintball and airsoft counselor, Winston H.
Today, he discussed how we are dirty and how Jesus cleans us off.

After Chapel, campers and staff went back to the cabins for cabin cleanup, where Big Piney attempted to replicate the previous day’s success with another victory. However, Little Piney and GreyBeard had a different look in their eyes today, as both of those cabins were trying to close the gap between themselves and first place for the pizza party.

Soon, it was time for the morning’s activities, and Timberlake made their way out of the cabins. However, today would not be an average days in the activities, as it was Staff Appreciation Day! Campers in the oldest cabin, GreyBeard, would be donning green Timberlake staff shirts and assuming the leading role both in activities and at meals. It really is an incredible experience for each and every GreyBeard-er to step up to the plate and showcase their unique gifts.

There was no shortage of these gifts on display this morning, as Timberlake went full force in all of their activities. On the Traverse Wall, Climbing class made a lot of progress learning knots while Dubose T. learned how to ascend a rope. Up on Spencer’s Green, Grant R., Rawson B., Robert L., Logan B., Freddy E., and Xander Z. all earned their bronze bars in Soccer. Maybe one day we’ll see one of them on the US Men’s National Team. On Lake Doris, Charlie D. and Henry S.
earned their bronze bars in Kayaking and demonstrated numerous skills that will be valuable as they take a river trip.

Soon, 11:30 rolled around, and with it, the conclusion of the morning’s activities. Campers and staff once again made their way down to the dining hall and found themselves treated to another favorite meal, mini corn dogs and mac-n-cheese! The dining hall was nearly silent as everyone chowed down on their meals, replenishing their bodies for the events of the afternoon.

As lunch began to draw to a close, the focus shifted from the meal and to the scores of cabin cleanup. The competition for the session was beginning to heat up, as Big Piney had without notice fallen back to Earth and suddenly seemed vulnerable.
The scores were read off one by one by Grant H., and interestingly enough, the top three cabins today were the three lower cabins, Tomahawk, LIttle Piney, and Big Piney. Anticipation
filled the dining hall, and as Tomahawk was read off as the third place finish, both the Pineys grew in anticipation. The friendly rivalry between Little and Big Piney is well documented and a source for great competition.

Today, Little Piney got the best of Big Piney, as they defeated them in cabin inspection by the razor thin margin of 10 to 9.9. Even though Big Piney still finds themselves in the pole position, both Little Piney and GreyBeard are making runs at the pizza party and it really is anyone’s game.

After lunch came the best time, rest time, and once naps had been taken, Timberlake made their way to free time, where today, rockets were being launched on Spencer’s Green.
Gus R., Marco S., William E., Thomas S., and Eiji T. all successfully launched their level one rockets, and earned their bronze bars in Rocketry.  Jack D. also earned his gold bar by launching his level three rocket, while
Ben A. took another step towards his gold in rocketry by successfully launching his spare parts rocket. Once free time ended, Timberlake again went their separate ways to afternoon activities. On the tennis courts, Jack D. and Colby F. taught basic groundstrokes to the next great class of American tennis players, while up at the Mark, Chase R. fenced for his silver bar. At the lake, Bennett P. beat the whole class in a race and earned his silver, and down at the Camp Craft Hut Alex S. taught Backpacking where he led the class in the low ropes course.

Soon, dinner was upon us, and Timberlake once again met again at the dining hall for a delicious meal of jambalaya, cornbread, fried okra, and baked beans. It was a much needed energy boost for the rest of the night, which was soon to be announced.  Dinner soon found itself reaching its end, and murmurs started spreading around the dining hall about the evening activity. Would it be Ninja Training? Juggernaut? Another round of the critically acclaimed new game, Mission Impossible? Despite all the guessing, no one really knew what the event would be and was left on the edge of their seat.

It would be none of those, as we would soon find out, as Tomahawk counselor Nick B. announced that the evening activity would be Stealing Skins! Stealing Skins pits the two tribes, the Seminole and the Iroquois,
against a new adversary, the staff. It really is one of the best activities we play at camp, and it is sure to be a mega-hit.

All in all, it was a fantastic day at camp, both filled with old activities and new traditions. Staff Appreciation is one of the best days of the summer, and it is beloved by both campers and staff. With only four full days left in the session, today will be a difficult day to top, but I’m sure we’ll find a way to make tomorrow better than today.