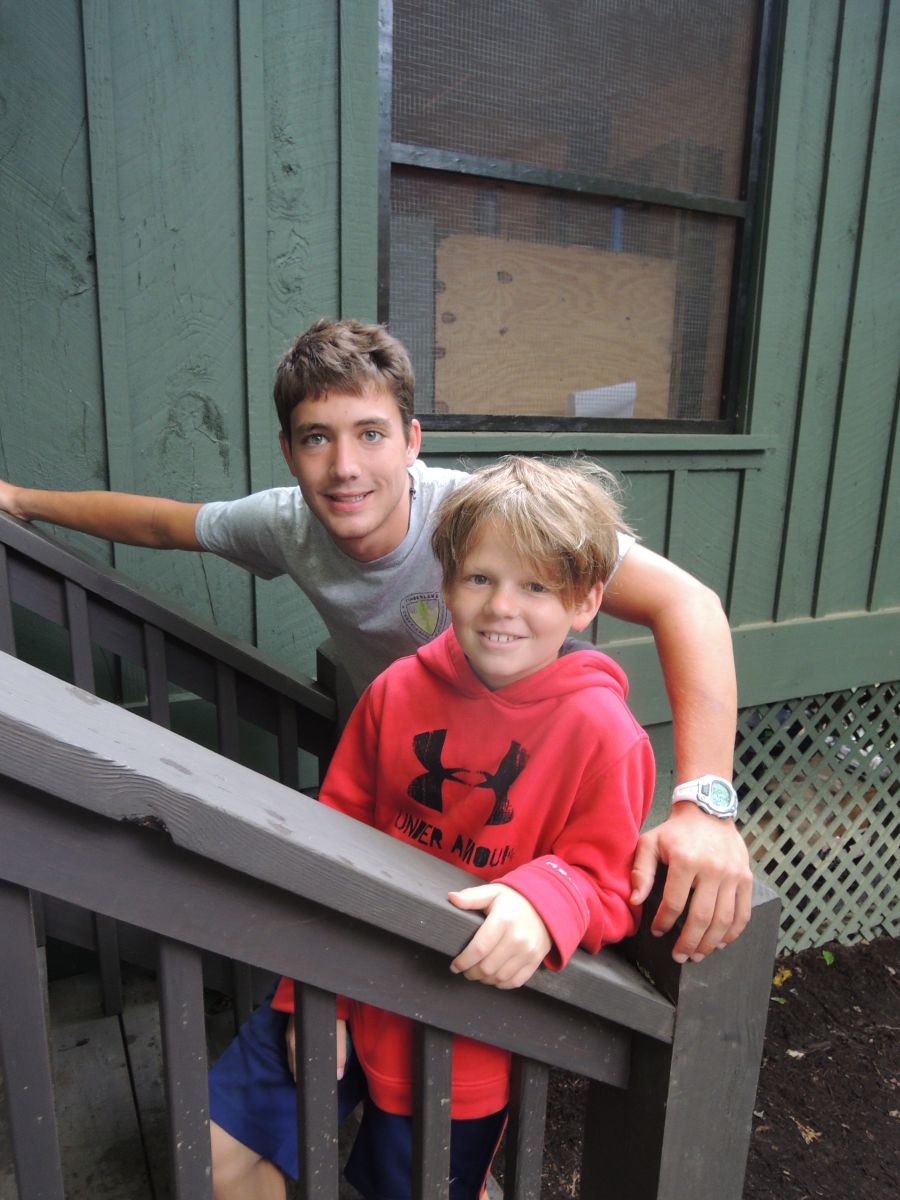 As reveille sounded, the boys of Camp Timberlake were greeted by another beautiful day in the mountains and a breakfast of sausage links, coffee cake, and breakfast pizza to fuel the action packed morning. Once breakfast was devoured, campers participated in the rousing Morning Yell, and then heard a chapel speech from our cabin area director Charlie R. He discussed how we have nothing to fear because God is always with us. After chapel, everyone headed back to cabin cleanup. With the end of camp near and the cabin clean up pizza party coming down to the wire, every cabin intensely cleaned their cabins. Though each cabin gave a valiant effort, Little Slaty was able to go from last place the day before to first place today. Well done gentlemen!

When the time for morning activities camp, all of the campers showed they were serious about earning bars for their progress and achievements. Down at the lake, campers kept counselors impressed with their skills. In swimming, Connor B. earned his bronze bar in swimming by executing freestyle, breaststroke, backstroke, and butterfly to perfection. Just on the other side of the dock, Alex A. and Jeb S. earned their bronze bars in kayaking. Up at the paintball course, Hank H. demonstrated superior bravery in his matches and completed the final step for his silver bar in paintball.

After an action-packed morning, the boys were excited to refuel at lunch. To delight of everyone, lunch was a camp favorite of Tacos in a Bag. Tacos in a Bag are quite the experience as you mix your taco meat and desired toppings in a Frito bag and then eat out of the bag. Eating to a happy fullness, the campers then took a short break from activities with rest time. Following rest time was the daily free time. During free time, Kennan S. hosted an airsoft tournament. Though the tournament was intense, Kennan S. ultimately was crowned champion of his own tournament and achieved his gold bar in airsoft. I know who I want on my team in an airsoft battle.

On the waterskiing trip, Jackson, Lucas, and Grant R. shredded the lake up on the wakeboard. They are one amazing wakeboarding family. Dubose T. turned in a fantastic performance on the kneeboard as well. Back at camp, Jeb S. earned his silver bar in airsoft. To earn this bar, he single handedly beat four other players. Also during the afternoon, the Greybearders returned from their Summit Trip where they had a blast canoeing, camping, and learning how to be a man of God. Throughout this two-day trip, Zander Z. and Tim M. stepped up as awesome leaders for their fellow campers. While all the guys at camp were eating well, the Greybearders were not left out on their trip. Trip leader Josiah B. cooked steak and omelet bowls for the trip and arranged for a return feast of grilled turkey legs, grilled corn, and potatoes.

Dinner did not disappoint, with a hearty meal of pasta, mixed vegetables, and garlic bread. As dinner approached a finish, every camper waited in eager anticipation for the evening announcement. The crowd went wild as we found out that lower cabins were playing a classic game in capture the flag while the upper cabins were playing ultimate basketball. All of the campers went to change into their tribal gear and then headed to their battle stations. Each game was intense with campers trying their hardest to win for their tribe. After the game was over, campers enjoyed various activities such as board games and smores with their cabins and then headed to bed knowing they needed rest for the last full day of camp tomorrow.