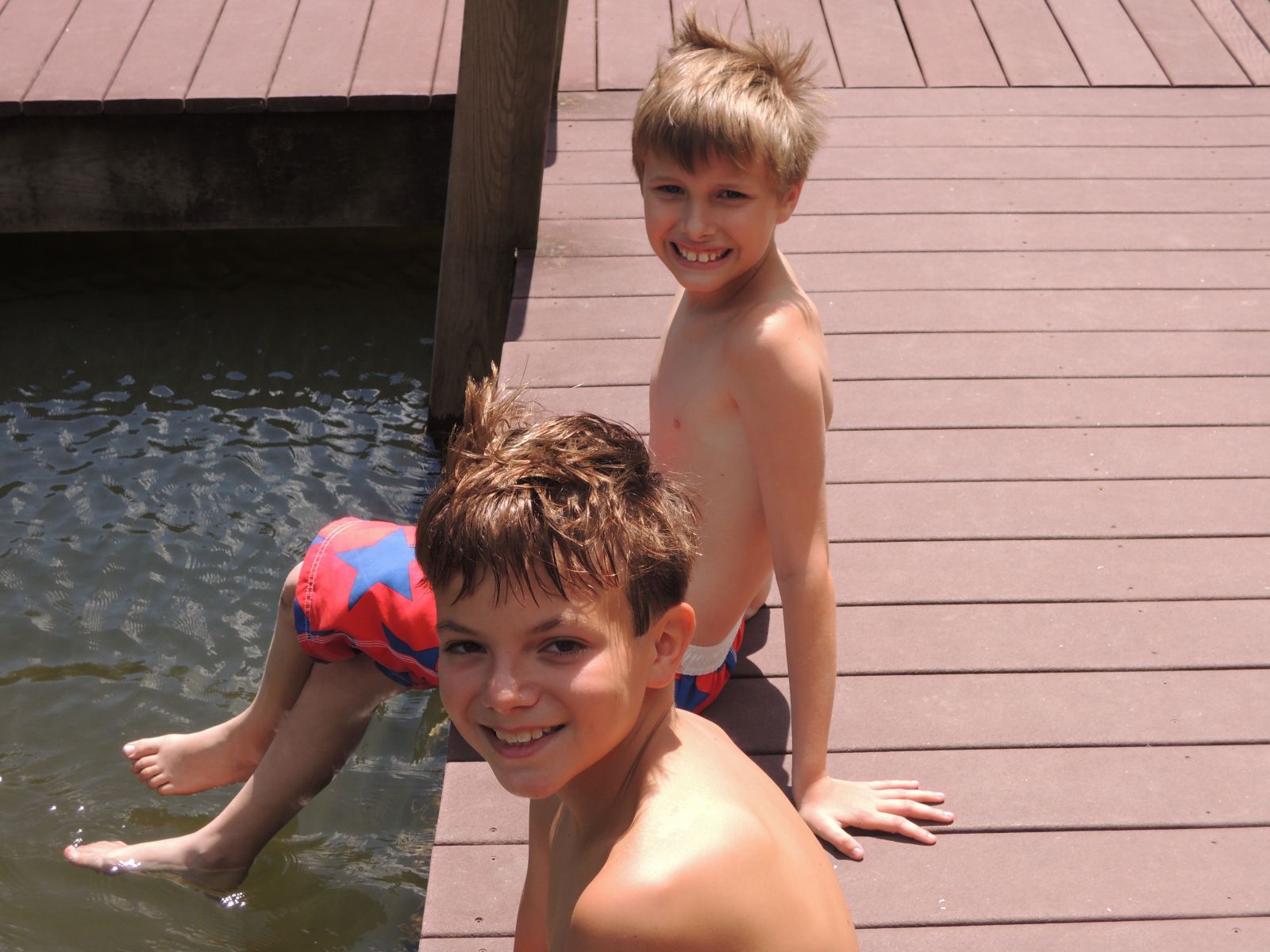 Campers woke up to a wonderful breakfast of warm chicken biscuits and golden hash browns. After devouring that delectable meal, Charlie R. led the camp in a loud morning yell to begin the summer on the right foot. In Chapel, campers and counselors sung beautiful songs to glorify God, and camper Layton H. won the “Ugliest Camper Contest” (The camper who has the most paint left on their face from initiation).

Campers proceeded to clean their cabins with impressive effectiveness; Greybeard came in first with a 9.7. In airsoft and paintball classes, kids learned how to keep themselves and others safe while having a fun time dodging and weaving in and out of the inflatable bunkers. Down at the lake, swimming classes enjoyed a fun game of categories; meanwhile, Ryan C. put on an impressive show in the lanes. In kayaking, EP taught the campers their forward and backward strokes and played the wet exit game at the end of class. Jim S. dominated the rounds in his class and Avery S. successfully completed his first-ever wet exit. The first kayaking trip of the summer reigned supreme over the lower green – without a single person swimming. The only person to flip was Henry Broshar; however, he patiently waited for at least twenty seconds for a fellow kayaker, and then proceeded to perform a successful combat T-rescue, an impressive and challenging feat. In rocketry, campers enjoyed focusing diligently on preparing their rockets for launch day. Over on Spencer’s Green, climbing went smoothly as Nate S. expertly belayed his friends as they ascended the Upper Tower.

After these exciting events, campers had a Camp Timberlake classic for lunch – Taco in a Bag! Most people were experiencing this incredible enigma of a meal for the first time, and loved every second of it. After lunch, backpacking set out on the first trip of the summer to Catawba Falls, where Henry Stout set the bar high for off-campus conduct; the rest of Camp Timberlake began the first rest time of the summer.

At 1:00 PM, campers raced down towards the Trading Post to choose their favorite candy and drink. Counselors and campers then devoured their sweet delectable and began an exciting game of Volleyball. Everyone was involved from counselors to Greybearders to Tomahawkers. Campers Elliot J. and Case M. even got on counselor’s shoulders to spike it over the net. Little Piney campers Jimbo D., William B., and Richard B. made a name for themselves with impeccable serves to set their team up for success. Clark D. scaled the Upper Tower in record time in fourth period climbing.

Campers then had to race down to take a camp photo and were then greeted with the scent of another classic meal – spaghetti and meatballs. The campers wolfed down everything in preparation for the evening activity – Inferno! When Brandon C. announced the game, the dining hall went wild! The activity began and campers were racing around, carrying their cups of water to the enemy fire – to put it out, of course. In the midst of that, other campers helped their tribe out by completing challenges in activities to earn logs. It was a close struggle between the Iroquois and Seminole tribes, with both fires within an inch of their life, and no one knows who won! Tune in tomorrow to find out the winner!

After the excitement of Inferno, the Slatys enjoyed a great game of inter-cabin laser tag in the Cabin Area. Greybeard – shhhh don’t tell anyone! – raided the Trading Post and concluded the evening with poker night in the enchanted barn with candy for chips, of course. It was a long and action-packed day at Camp Timberlake; it was the perfect day to begin a fantastic summer.