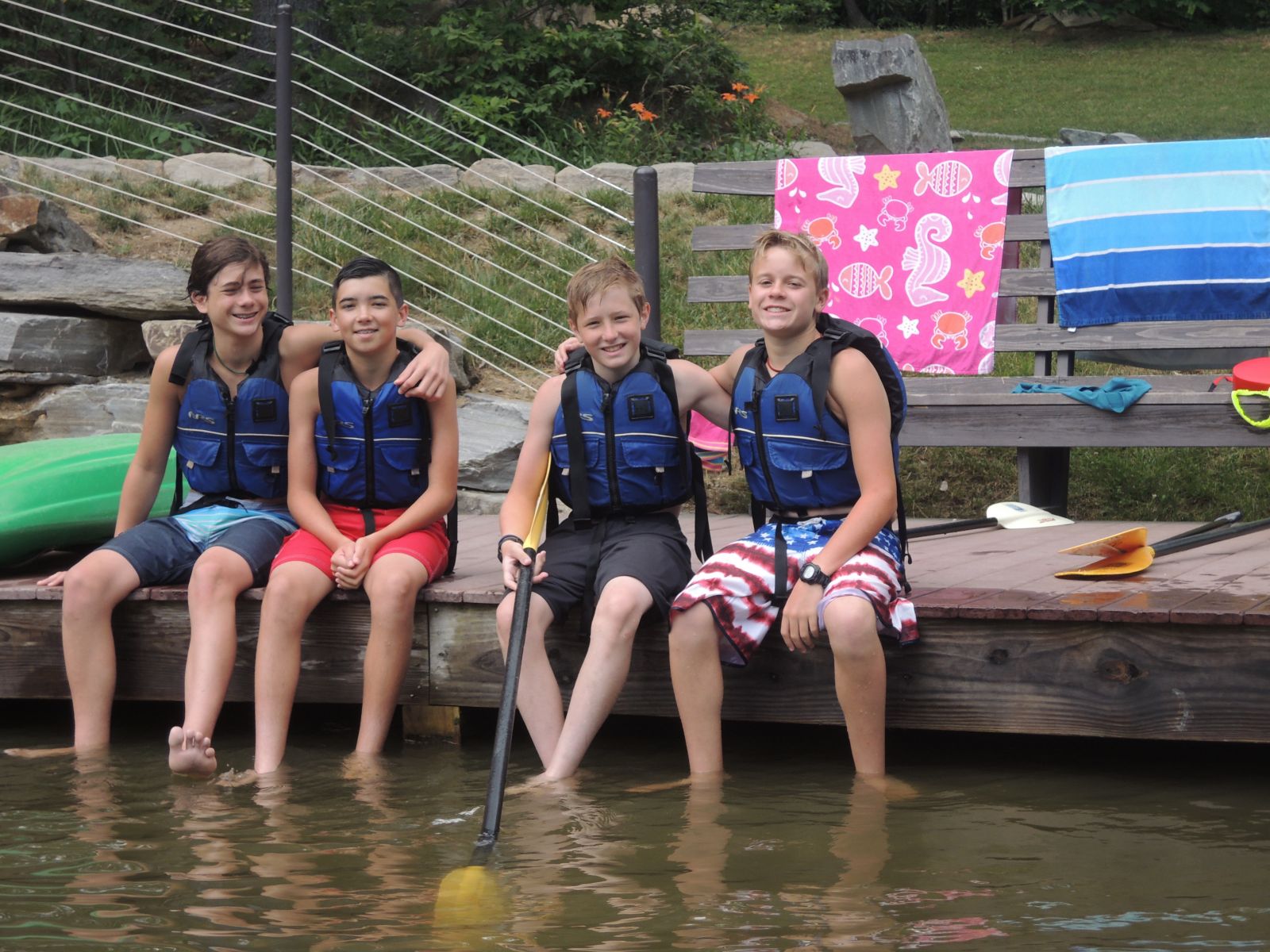 As the first full day of session 1B comes to a close, the boys of Timberlake are in their bunks, resting well after a day of trying new activities, rekindling old friendships, and making some new ones. From a counselor’s perspective, one of the most fun things to see at camp each year is the development of lifelong friendships between campers. Even though the boys only see each other for a few weeks each summer, one of the primary reasons they return year after year is friendship. While typical out-of-camp friendships can take a long time to develop, camp friendships are established so quickly because boys make friends through adventure. When boys can go on adventures together, they build lifelong friendships, and nowhere creates adventure better than Camp Timberlake.

After our boys awoke to the sound of reveille on a crisp Monday morning, they had their fill of biscuits, breakfast potatoes, and scrambled eggs before our traditional post-breakfast morning yell. Then, everyone sang a few lively songs at chapel, heard John Menendez speak on “Who is God?” and then cleaned up the cabins before heading on to their activities.

On the first day of activities, each class does a quick safety talk before laying the foundation and fundamentals for the rest of the session. In kayaking this morning, Sam G., Jake H., Philip W., and other aspiring kayakers tried out their boats for the first time, becoming comfortable above and below the water while learning to paddle efficiently. Throughout the rest of camp, the boys of Timberlake enjoyed trying new activities and returning to their favorite activities from previous years.

Following the first two activities of the day, everyone enjoyed a hearty lunch and thirty minutes of much-needed rest time before an hour and a half of free time. During free time, most of camp took advantage of the beautiful weather with a free swim and candy from the Trading Post. Meanwhile, Whit P. and Davis O. joined counselors Luke G. and Austin S. in a trail run on the Tomahawk Trail.

In their afternoon activities, the campers continued to learn safety and the basics of their classes while developing a passion for new activities. On the climbing tower, Henry B. and Carter B. fine-tuned their climbing skills in anticipation of several upcoming off-site rock climbing trips. In other parts of camp, Britt F. couldn’t get enough of his first airsoft class and Teddy O. continued to hone his mountain biking skills. After a pasta dinner, the dining hall erupted into roars following the announcement of the evening activity: “El Presidente.”

Like most evening activities, “El Presidente” is a game that is fought between our two tribes: the Seminole and Iroquois. In this evening activity, boys try to grab a spare shirt from the waist of boys in the other tribe while simultaneously protecting their own shirt. Before the game begins, tribal leaders assign roles throughout the tribe, with each camper worth a different number of points to the other team. The most important player on each tribe is their “Presidente,” whose identity is kept secret from the other tribe. Tonight, the Iroquois selected Ethan O. as their president and the Seminole chose Sam P. As part of the strategy of the game, each tribe attempted to confuse the other tribe and hide the identity of their president as long as possible. We are all eagerly anticipating the score announcement tomorrow at lunch.

After “El Presidente,” each cabin went their separate ways for a final activity before showers and bed. Every cabin has a favorite pre-bedtime activity, and tonight many cabins choose to enjoy the sunset alongside a fire and S’mores. While the joys of a warm S’more may fade after this session ends, the friendships made around these fires and at this camp will last for many years to come.