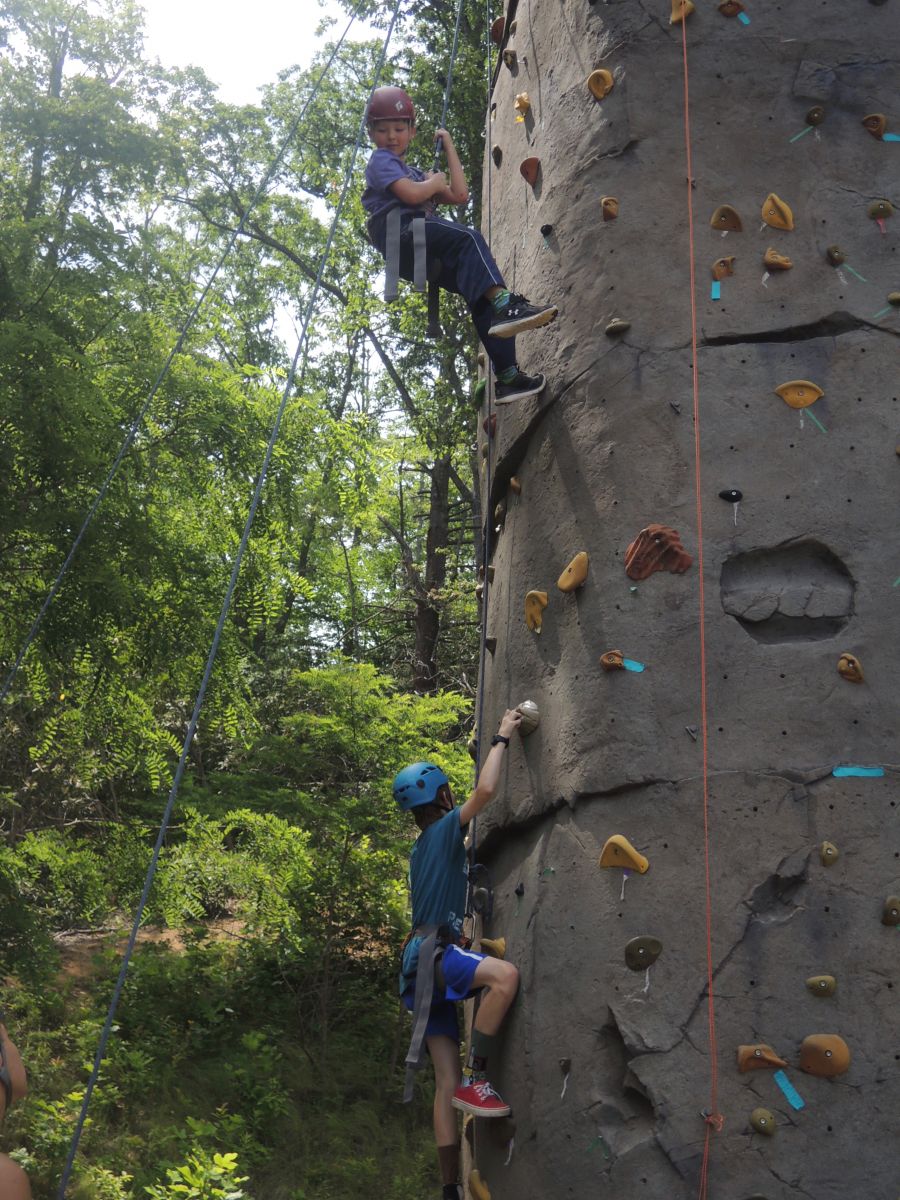 Campers arose this morning to the sound of reveille echoing through the mountains.  Excitement immediately filled camp and the boys raced down to enjoy a breakfast of French toast sticks.  Following a hearty meal, it was outside for the morning yell.  The morning yell brings everyone together and lets us announce our presence here as one brotherhood even though we may be in different tribes.  Next it was up to chapel for a time of worship.  It’s always great to get to start the day in worship as it really allows us to appreciate the beautiful creation and friends that God has blessed us with here.  Following worship it was off to the cabins for clean-up.  The guys are motivated to clean well because the winner of cabin clean-up is rewarded with a pizza party at the end of the session.  And also because cleanliness is next to Godliness!

Camp was buzzing as activities began this morning.  Everyone was excited to get to their new activities as today was another set of new activities.  Lots of adventuring was happening outside of camp as well.  Owen S. and Josef M. were some of the guys shredding out on a mountain biking trip.  Some of the older guys in Big Slaty and GreyBeard departed for the summit trip.  This is one of the biggest trips at camp as it is a two night backpacking and canoeing trip.  This awesome adventure is a great time to get to strengthen friendships as well as build new ones.  As the morning came to an end, campers headed down to the Tucker Inn for a much needed lunch. After the campers had their fill it was up to the cabins for the best time! Rest time! During this time guys have the chance to write letters, catch up on summer reading or take a much needed nap. Once rest time had commenced, the boys raced down to the trading post for some candy and free time.  Tether ball, thunder ball and many other classic camp games were going on all over camp during this time.

The horn sounded across camp and it was off to afternoon activities.  In cooking class the guys learned their way around the kitchen and even whipped up some tasty cupcakes.  Up at Lake Doris, the kayakers learned how to wet exit and other rescue techniques.  Jacob P. an Alex S. worked hard and showed great progress in todays’ lesson.  Jacob A. mastered a T-rescue.  A critical maneuver when helping friends out on the river.  Up at Spencer’s green all sorts of sports and outdoor activities were happening.  At the climbing tower, Brandon C. managed to ascend to the very top of the tower and at airsoft Jack E. showed off his skills and abilities in airsoft.

Soon after afternoon activities it was back to the Tucker Inn for a delicious dinner.  Once everyone finished up their dessert it was up to the Mike for one of the most popular evening activities, battle ball!  One of the most epic comebacks in battle ball history was led by Iroquois members Leo R. and Khari D.   I hears some people mention that it was equally incredible as “The miracle on ice.”  After battle ball, campers met with their cabins to hang out and wind down with some laid back activities like roasting s’mores or hanging out with the puppies at puppy camp.

As another day a fun and adventure winds down here at camp guys lay in their bunks looking forward to another incredible day with their friends.  It is a blessing to see these campers grow and learn new things every day.  God is working in big ways here at Timberlake and it is amazing to witness how He uses this place to change these boys’ lives.