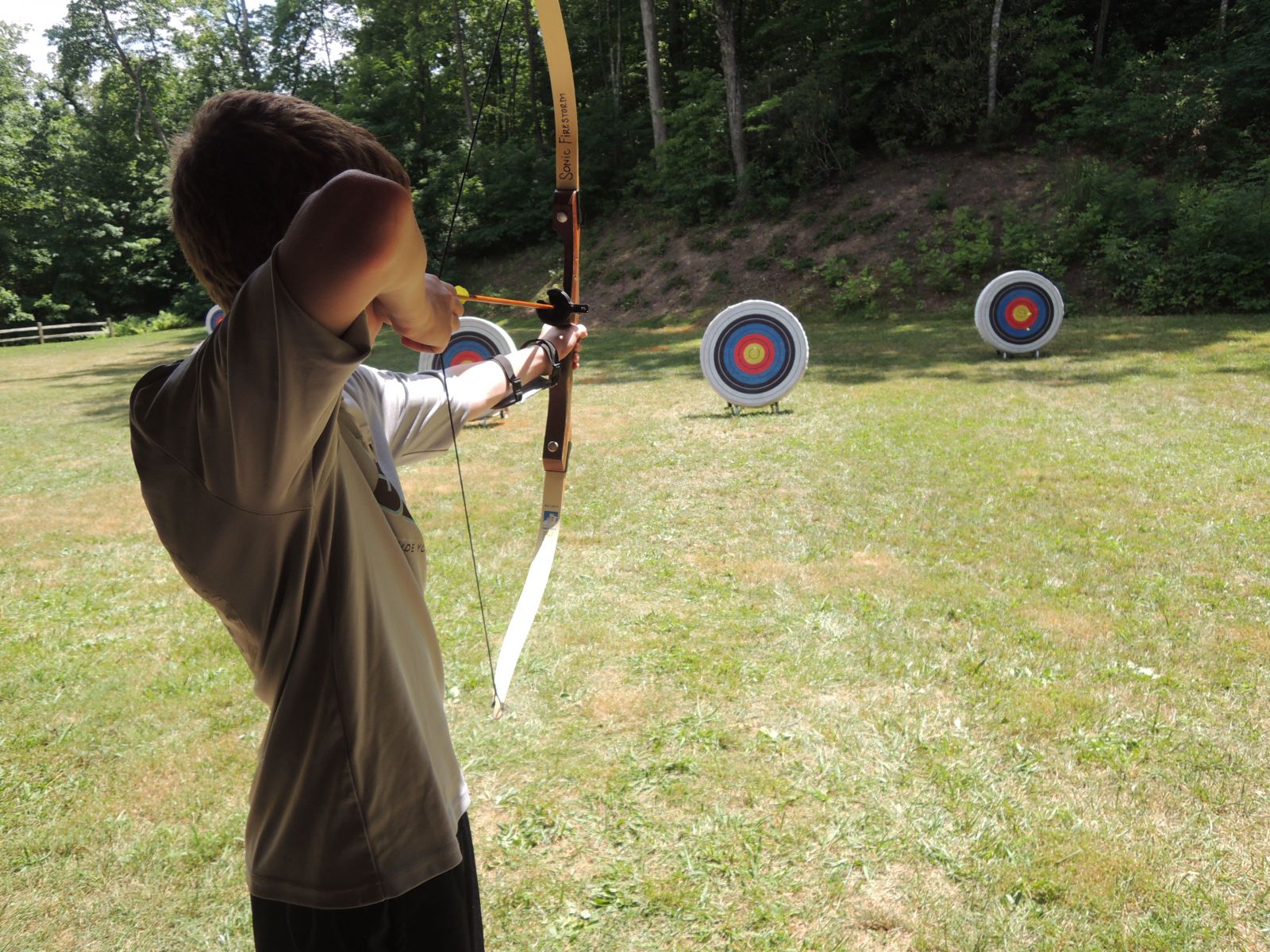 Today was a wonderfully full day at Camp Timberlake. The boys woke up after a summer night’s rain and a cool breeze flowed through the cabins. Campers were (mostly) awake and alert by the time they reached the dining hall to enjoy some French toast and sausage. They walked up to chapel, and, after singing some fun worship songs, heard a message from our counselor Zach T. about our need for God’s grace and how He gives us new hearts. The campers cleaned their cabins until they looked neat and beautiful, and then headed off to their daily activities.

The activities and trips today were full of both fun and great learning opportunities. A canoeing trip went out today, and Spencer M., Robert D., Alex A., Grady R., Davis O., and Larsen R. all crushed it paddling down the river. Up at Spencer’s Green, Henry M. made it one step closer to his gold bar in soccer by doing his 50 juggles. Down in the woods, airsoft battles were being dominated by John A. and Janek S., surely a force with which to be reckoned. Jacob A., Lachlan W., and Owen S. and Henry S. all returned in the afternoon having completed a two night, 16-mile backpacking trip through Linville Gorge. Needless to say they were exhausted, and after stuffing themselves with lunch they headed straight back to the cabins for a nap. Down in the cooking kitchen, the boys cooked some crepes, which apparently were quite amazing. (The evidence? Henry B. reportedly got excited and ate three entire crepes.)

After all of the activities were finished during the day, the boys enjoyed a BBQ chicken dinner and then came the evening activity announcement: Little Chief! After dinner was over, the Chiefs, Medicine Men, and Lookouts went to paint up in order to lead their tribes up to the Council Ring where the ceremony was held. There were many notable camper promotions and commendations tonight which deserve to be marked again here.

Next, campers who earned promotions in the Little Chief system were called out and given the colored band according to their rank. Promotions from tonight are as follows:

Finally, we recognized those campers were who have invested a significant amount of time here at Camp Timberlake. The campers who have been coming here every summer for the past 6 years are as follows:

Our Little Chief ceremony is an important part of the Camp Timberlake brotherhood. Not only do individual campers get recognized for their work in activities and their help towards others, but the camp as a whole is able to come together in a time set apart specifically for that purpose. The camaraderie built from this collective ceremony is unlike anything else that the boys participate in here at camp.

Even after our Little Chief ceremony, the fun was not yet over. The lower cabins went and played the classic game Capture the Flag, while the upper cabins went and played the recently-invented Ultimate Basketball, a Camp Timberlake special. Finally, Taps played over the camp and the boys laid down on their bunks to rest up for an even fuller Sunday at Camp Timberlake.