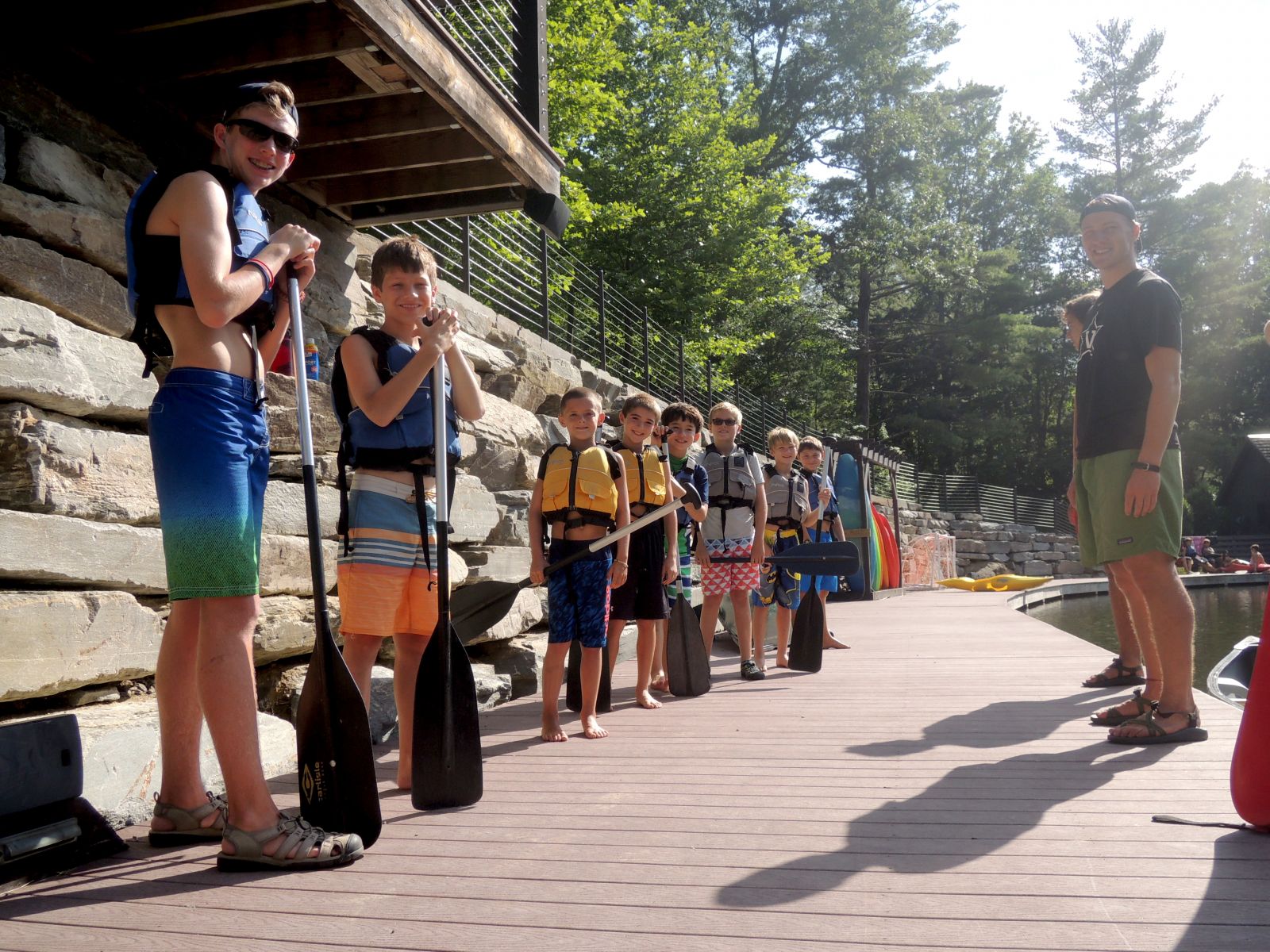 The only thing more exciting than waking on the first day of camp would be the second. The boys are no longer novices; they know what’s in for them today. Excitement fills their steps as they take the serene march through thick morning fog to breakfast, and then they eat.  The smell of crispy house fries and scrambled eggs makes even the least hungry child’s mouth water. Next, Timberlake’s morning yell sends a roar into the mountain so load the bears run in fear.

The morning chapel featured counselor Josiah Smith’s true story of God’s hand of protection in his life, and worship involved a lot of ‘Na Na Na’s and sprinkler dance moves. Then the boys were off their clean there cabins. The cabin of Little Piney was working extra hard; little did they know their hard work would pay off at lunch where they beat out the eldest boys at Timberlake for cleanest cabin. Whoever said eight and nine year olds can’t pick up after themselves? Also, at lunch, it was revealed that the Iroquois won the evening activity Mission Impossible!

Activities will be in full swing tomorrow. Today, the safety talks for Tuesday Thursday Saturday class continued, but that did not get in the way of some seasoned Timberlakers. In climbing, Sam B. scaled the boulder. For their free time, John Williams H. and Connor G. worked on gold and silver bars for swimming. Also in the water, kayaking began Jack L., Matthew R. and Jack R. mastered their wet exits! Meanwhile, on dry land, team sports played an intense game of Ultimate Frisbee with, what is said to be, some nearly impossible catches caught. Rocketry began to build rockets today and Spencer G. already has an arsenal of impressive rockets that the whole class can’t wait to see go off.

The dinner bell rings creating a stampede of hungry boys, pedestrians beware; the meal of meatballs and spaghetti fuels the boys for their final activity of the night… …Capture the Flag and Ultimate Basketball! The lower cabins will play Capture the flag and the older boys U. B. Ultimate basketball involves a game of ultimate Frisbee in the middle of a game of basket ball with multiple goals. The resulting image a kindergarten playground meets the Final Four. Campers anxiously await the champions to be called tomorrow at lunch. But, till tomorrow, the boys relax with their cabin mates browning smores and making friends.