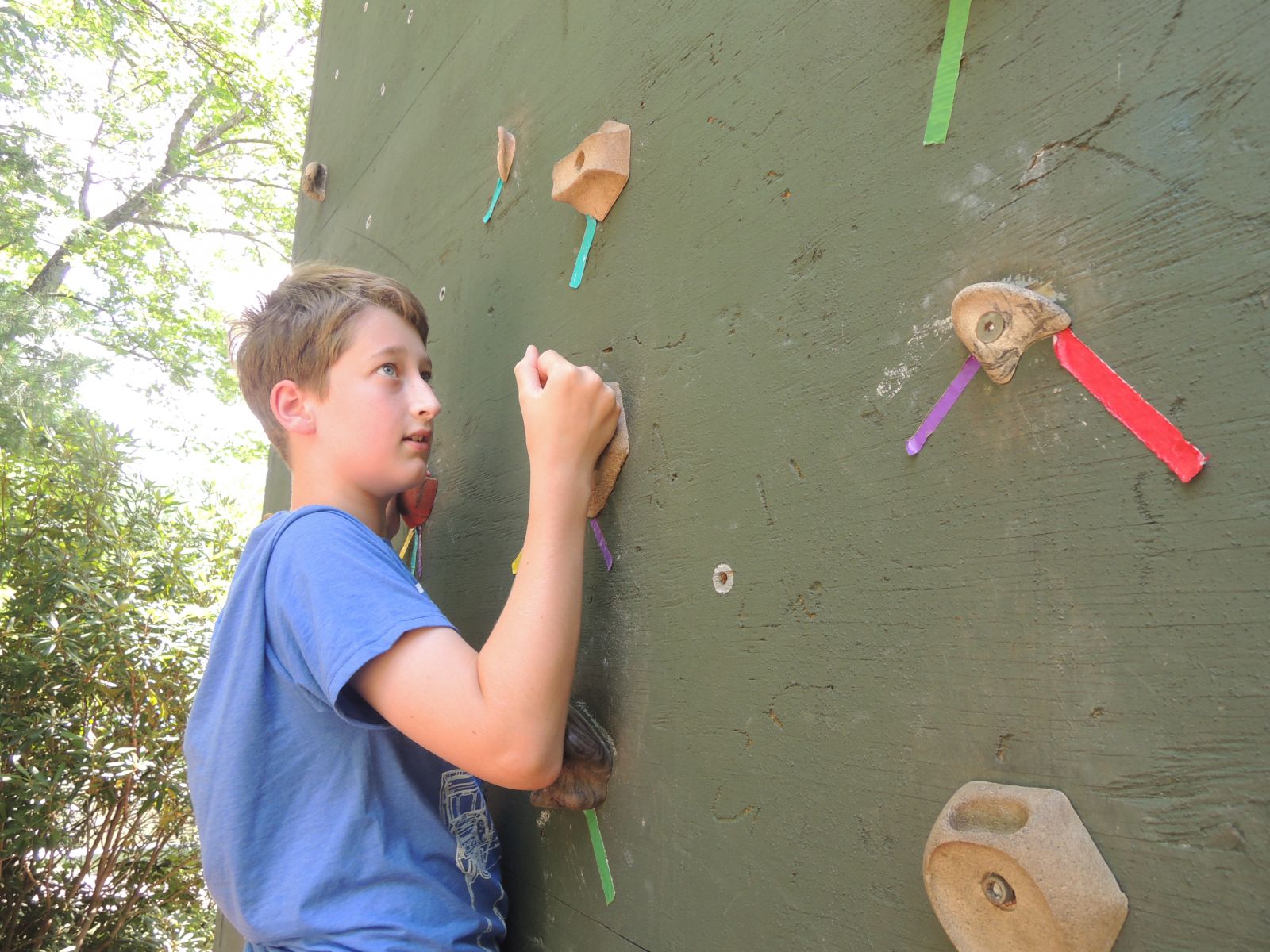 As the sun broke over the hills, enveloping Timberlake in mystic loveliness, campers and staff rose out of bed, ready to take on the day. Everyone made their way out of cabins and down to the dining hall, where they were treated to a camp classic, french toast sticks and bacon.

Soon breakfast came to a close, and after the morning yell, Timberlake made their way back up the hill to Chapel. Today, GreyBeard counselor Austin S. talked about who man is – that we’re completely lost – and read from the book of Romans.

Once the cabins had been cleaned to near-perfection, Timberlake went their separate ways to the day’s activities. Over at archery, Nik P. shot all five of his groupings for his bronze bar in a single class period. Up the hill in mountain biking, Seth W. shredded the pump track and Josh B. earned his silver bar, while down at Lake Doris, Reed F. perfected his dive off the boards in swimming, and in kayaking, Hunter S., Sam B., and Durwin W. got their wet exits and worked on paddling. In the kitchen, an intense cookoff took place, with the boys getting to make their own cookies with whatever ingredients they wanted to use. There were plenty of great cookies, but the s’more cookies made by Nick G. really stood out.

Next came lunch, and Timberlake reconvened at the Tucker Inn for a camp favorite, Stromboli and M&M Cookies. The dining hall was nearly silent as everyone chowed down on the meal, reenergizing themselves for the rest of the day. The focus of the meal, however, was the impending announcement of the cabin cleanup scores. Stomper’s Knob had been a model of consistency of late, never scoring lower than a 9.0 or higher than a 9.5. Today would be a moment of glory for Stomper’s though, as they recorded a perfect 10, winning the daily competition in the process.

After lunch came rest time and free time, and once fun had been had in both of those times, the afternoon’s activities started. At the traverse wall, Davis M. completed the gold route for climbing, while in team sports, campers worked on football routes, including digs, curls, posts, corners, and flies, as well as the technique for catching and throwing a football. Jake L. and Collins M. stood out, especially in throwing.

The real show for the afternoon came in riflery, as a number of campers demonstrated great improvement. Jeb S. and Evan F. both excelled in shooting, completing most of their required targets for their bronze bars. Also in riflery, Spencer G. took over running the range, a requirement for his gold bar.

Soon, the afternoon’s activities ended, and Timberlake met at the dining hall for a third and final time for dinner. Tonight, campers and staff were treated to chicken fajitas and ice cream bars. However, despite the deliciousness of the meal, everyone was focused on what the evening activity would be. As the meal drew to a close, Tomahawk counselor Ryan N. donned the Program Helmet and made the announcement – Stealing Skins!

Stealing Skins one of the greatest evening activities here at camp, as it puts the Seminoles against the Iroquois – the usual – but also introduces a new adversary, the staff. As I’m writing it, the three groups are locked in the field of combat, thriving in the spirit of competition.

As one looks back over the course of a whole day here at Timberlake, it’s easy to see why this place is so special. The incredible things that happen here every day are simply awe-inspiring and result in a fun, empowering environment.

How fortunate are we that we get to do it all again tomorrow.