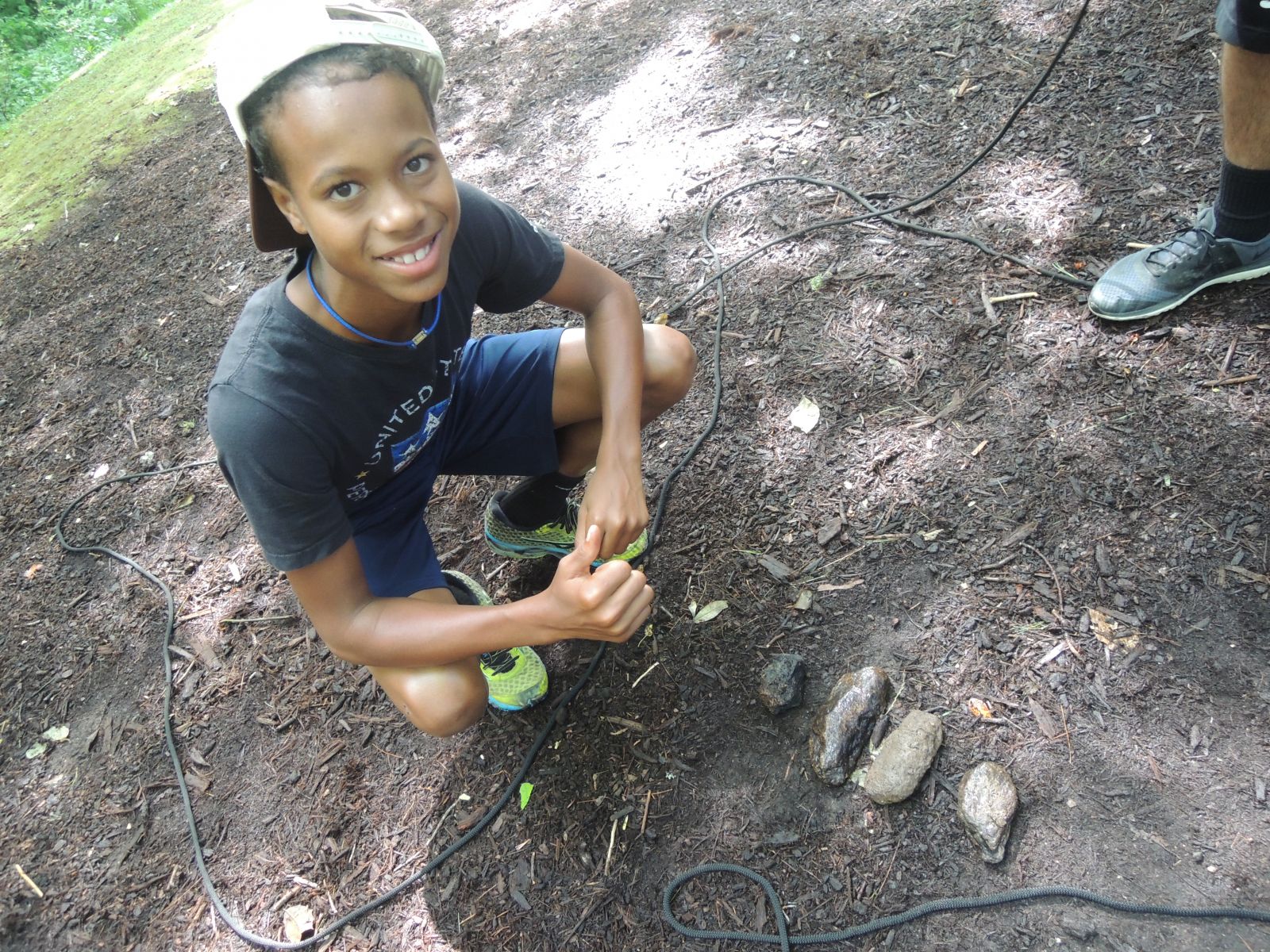 Today was yet another wonderful day here in the hills of Western North Carolina. As the men of Timberlake awoke to the sound of revelry, a yummy breakfast of biscuits, sausage, eggs, and hash browns waited for them down at the Tucker Inn. As breakfast ended, the boys were in for a surprise as they learned that the morning yell would be held at the lower tetherball courts instead of the back green. This change of location meant that the boys were more compact and therefore creating an even more awesome yell! Despite the slight change, the yell was still concluded with the traditional, “Go to chapel, stay off the grass!” Everyone was in for a treat as program staff Dave J. spoke about how we are all lost and broken without our the Lord our savior.

The lovely weather was taken advantage of up on Spencer’s Green as the activities began. During climbing, Davis M. earned a mark by climbing the massive upper tower, and Spencer M. received his silver in fencing! Meanwhile on the opposite side of camp, Aubrey S. and Cody S. made their own amazing cookies during cooking class. Believe me, they tasted so so good!

To add to this already great day, lunch was the camp favorite tacos in a bag!!! The excitement on the guys faces were priceless! However the excitement wouldn’t last to long as the guys soon learned that the staff (like always) won last nights evening activity Stealing Skins. “Staff, Staff, Staff!” However, the excitement was soon returned with the announcement of a free swim during free time. The turn out was incredible. So many guys showed up! Its safe to say that it went quite swimmingly! Also, camper William L. took on counselor Nick L. in a close, but fun, game of Soccer Tennis!

As the afternoon activities began, so did the fun. Rocketry class had a launch day with a 100% launch success! During paintball class, Seth W. put in a lot of hard work and was a tremendous help to the instructors. Also, and epic game of soccer occurred between the soccer and team sports class! As time drew to a close, the famous “Next goal wins!” was called. This sent everyone into game mode, and eventually Cody S. megged CIT Will A. and then slipped the ball past the goalkeeper to win the game! Everyone went crazy…including me! After the game the boys made their way down to a tasty dinner of cheese ravioli. Once dinner was over and the tables were cleaned, the spectacle that is the announcement of the evening activity took place! That activity happens to be the legendary BATTLE BALL!! which is happening right now up in the Mike, and the winner will be announced tomorrow afternoon! As the bed time fast approaches, the legend of Cow Boy Joe will be read to the campers in preparation for tomorrow! For those who are unaware of what this is, Cow Boy Joe Day is one of the most memorable days in camp history. Each boy will be woken up to Krispy Kreme donuts and chocolate milk in bed. After that, everything will be backwards. The clothes, the activities, even the sayings…all backwards!

Tomorrow will be spectacular, and I can not wait!