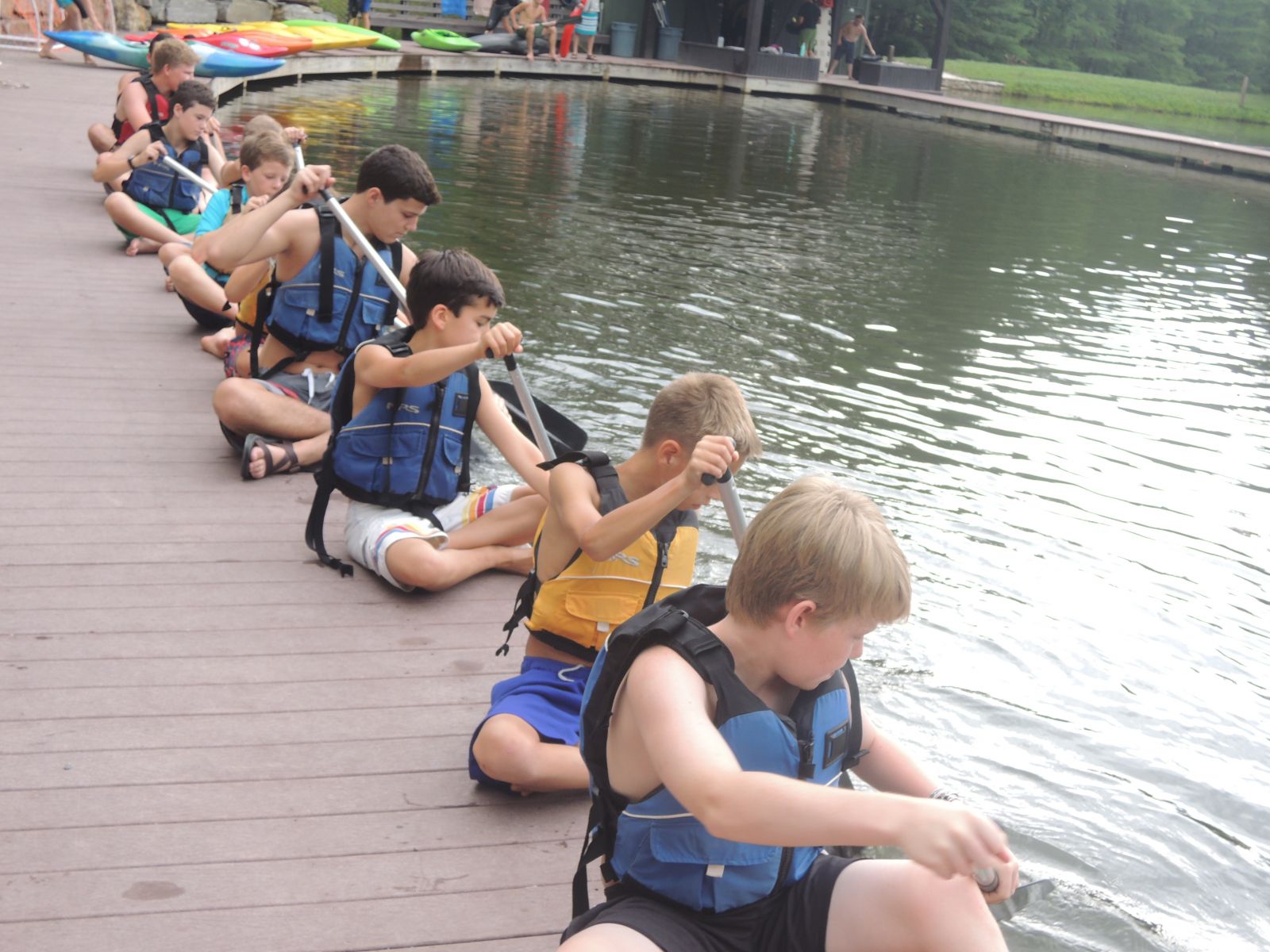 This morning at camp began like it does so many other mornings. A few minutes past reveille, the dining hall doors were already crowded with eager eyes and hungry mouths anxious to begin their day. I often wonder how many campers sit in their beds in the moments before those bugle sounds ring throughout camp, awoken by their own excitement. Camp has only just begun but already the newest campers are falling into the daily rhythm. The campers and staff were excited to see french toast and bacon on the menu for breakfast. Our own Charlie R. gave the chapel talk this morning, using a hilarious anecdote from his childhood involving the selling of Boy Scout’s popcorn and a mischievous dog! The campers AND staff walked away thinking about what it means for God to be our Father.

After cabin-cleanup, the campers went off to their morning activities. Our backpacking class worked on demonstrating their understanding of “Leave No Trace” principles, extremely important training for our future wilderness leaders. After mastering that, the campers moved on to the low ropes course using ingenuity, critical thinking, and teamwork to maneuver the difficult courses. Soccer class worked on basic bronze-level skills leaving several campers, including Brian S. very close to achieving their first soccer bar. They all need to master those skills for the big Tribal Soccer game coming up later this session! The banner is on the line! Tennis also had a great second day of class. They learned basic forehand and backhand technique. They also played some really fun games like “King of the Court” and “Jail”. When I grew up learning to play tennis, it is these games that really improved my technique and helped me enjoy the sport! Games can be work too (at least at camp).

After morning activities the campers Patrick P. and Isaac L. could be seen rushing down the hill towards lunch. We feasted on chicken sandwiched and mac and cheese as well as a delicious black bean soup prepared by our top-notch kitchen staff. Little Piney, one of our youngest cabins, won cabin-cleanup! To be expected, they ran circles around the dining hall in excitement. After lunch we all headed to a much-needed rest time followed by a sunny free-time. Jack G. and Will G. faced in an epic game of tetherball, will the big brother winning (as they always do). Soon enough, after plenty of thunder-ball and tetherball matches, the campers hurried off to their afternoon activities.

The kayaking and swimming classes got to cool off in the lake in the afternoon. Swimming class worked on freestyle technique and played a big game of water-polo while kayaking went through the safety talk. Hunter S. and Jack H. had some good-looking kayak rolls on the lake today as well. J.B.G. has only two laps of his butterfly stroke left before he earns his silver bar in swimming. Mountain Biking took a quick trip to a local favorite spot, Lake James, where Henry S. “shredded” the trail. Pottery class started on their own pinch pots, the first step towards getting on the wheel!

After eating through a dinner of spaghetti and meatballs, the Director of Evening Activities announced that the camp would play a classic game: BATTLEBALL. For those that don’t know, battleball is like dodgeball but better, partially because it has a better name but also because the entire camp plays at the same time! The upper-cabin seminoles dominated in their matches. Luckily, the lower cabin iroquois pulled through for their chief and held their own by winning all their match-ups. It’s a rare day to see an evening activity end in a tie, but it certainly foreshadows an increasingly tumultuous battle for the banner. After the game, everyone went back to their cabins to finish off another great day at camp with showers, toothbrushes, and cabin devotions. Tune in tomorrow for more tribal updates!