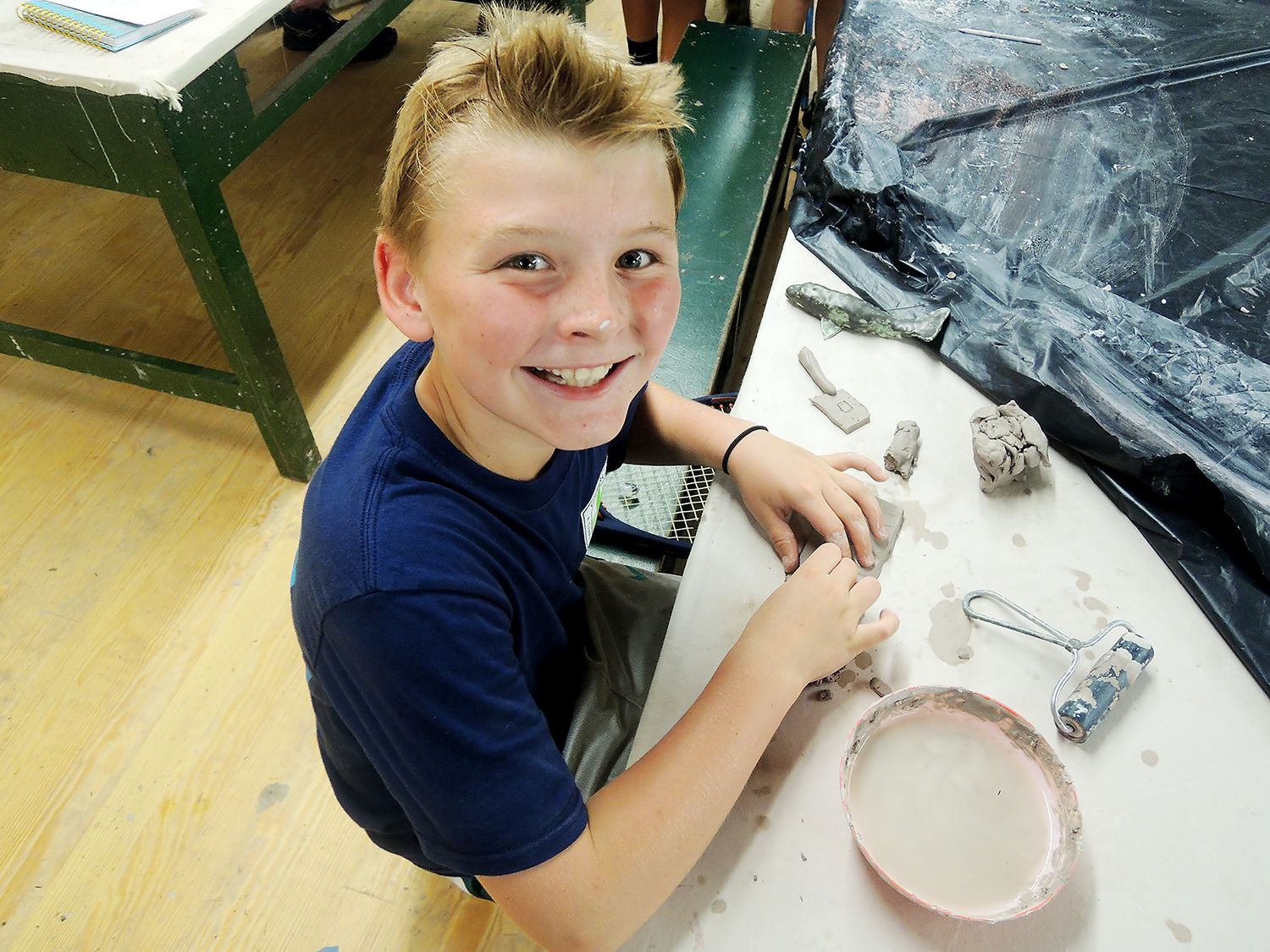 As the sun broke over the hills, the sun burned off the morning fog unveiling the beautiful landscape that surrounds camp. Eventually everyone sauntered down to breakfast where they found geometry breakfast; a camp favorite.

Soon after breakfast and the morning yell, Timberlake made their way back up the hill to Chapel. Post Chapel the boys headed straight for caring clean up. After the cabins were cleaned to perfection, Timberlake went their separate ways to the day’s activities Timberlake was still missing the boys that were on the summit trip where all the 15 year olds at camp went to cove creek campground and participated in climbing, mountain biking, backpacking, fly fishing and swimming.

Meanwhile the young men still at camp were excelling in their morning activities. Down at Lake Doris they practiced shallow water rescues in which Charlie W. excelled. At pottery they boys continued to create masterpieces by adding the final touches of glaze to their pots. Up at team sports, Joe V. and Ben A. both earned their gold bar and Nicholson B. got his silver. Also the class played knockout in basketball as well as scrimmaged.

Next came lunch, and Timberlake reconvened at the Tucker Inn for a camp favorite, Philly cheese steak and french fries. The dining hall was rambunctious as everyone chowed down on the meal, reenergizing themselves for the rest of the day. The focus of the meal, however, was the impending announcement of the cabin cleanup scores and the winner of the inaugural game of search and destroy. Grey beard stomped everyone by earning a perfect 10 where as the typical titan of Big slaty fell hard with a 5.5.

After lunch came rest time and free time. During free time there were tournaments galore. Today campers hosted a basketball tournament, fencing tournament and a tennis tournament where the grand prize for each was a free trading post. Once fun had been had in all these tournaments, the afternoon’s activities started. At the traverse wall, one of our many climbing locations on property, Dash V. and Keegan K. began working towards their gold bars. Up at airlift, Andreas D., Harper C. Jack G. and Davis P. all earned their bronze bars. At riflery Parker C. and Ben A. both earned their bronze bars. J.B. Gay earned his Silver bar and Brandon P. earned his gold bar.

Soon, the afternoon’s activities ended, and Timberlake met at the dining hall for a third and final time for dinner. Tonight, campers and staff were treated to asian style chicken and banana pudding. However, despite the deliciousness of the meal, everyone was focused on what the evening activity would be. As the meal drew to a close, the evening activity announced was Mission Impossible. In Mission Impossible the tribes must compete against each other to capture territories and defend them. At the end of the game the tribe with the most territories wins. This games test both physical and mental prowess of the tribes with competitions ranging from soccer to trivia.

All in all it was another beautiful day here at Camp Timberlake.