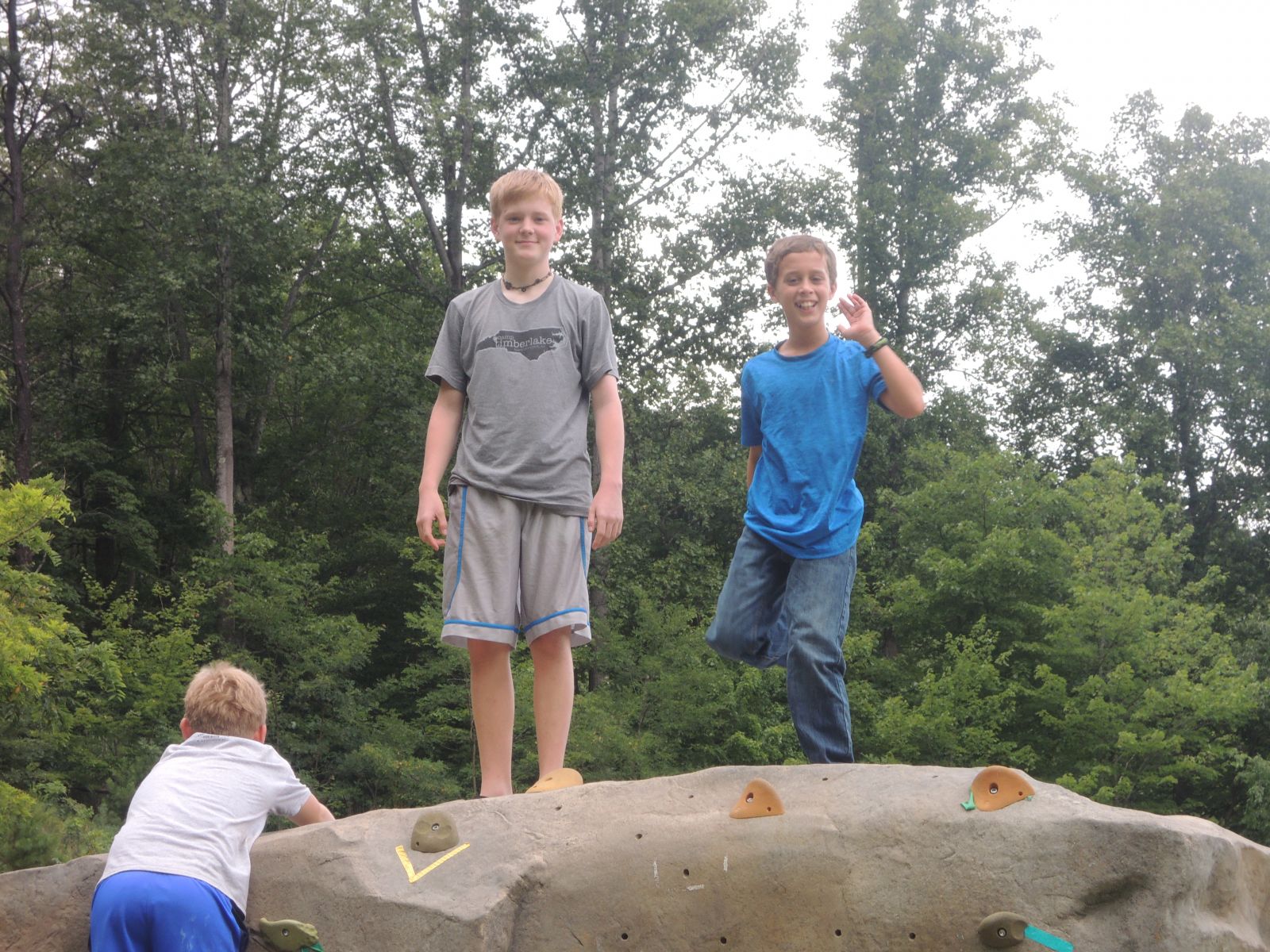 Mondays. The Day after Sunday. Usually dreaded by the likes of most, but definitely not here at camp Timberlake. Not a sound was to be heard at camp as most lay in deep sleep. But then, campers were awoken by the sudden sound of morning reveille as usual, ready to dive right into the day’s activities. Already one day under their belts, the campers moseyed on to breakfast only to be greeted by a favorite, French toast sticks. Filled to the brim, campers filed outside for a beloved ritual, the morning yell. The morning yell always kick starts the campers’ days. All were sparked and excited and more than ready to head to their next activity, Chapel. Chapel was lead by Little Piney Counselor, Andrew D. and gave a beautiful outline of God’s love for us even when we might make mistakes.

The next move was towards cabin cleanup and campers sought to really tighten up their cabins for the cabin inspection grading, especially since they already had one day of grading under their belts. After sweat and tears (not really) was poured into making the cabins spick and span, the young men of Timberlake headed to their first periods of the day.

This morning, activities were jam packed with useful information. As most were still going through safety talks, campers still got a chance to do some seriously cool stuff. In Climbing class today, Ben A. got a chance to lead climb on the upper tower while other campers got to repel! Team Sports got a chance to learn the fundamentals of Frisbee and played ultimate Frisbee up on Spencer’s Green. Just down the road in riflery, Jack D. got his silver bar. Jack G. helped run an airsoft class as well! In Pottery, Sam H. and Daniel Y. got to throw and work on some new projects.

In other news this morning, a Fly Fishing Trip went out taking a van load of kids. Adam B., Gresham C., Edward C., Drew J., Alex R., and Zach C. crushed out on the river. Although they unfortunately didn’t catch a thing, they learned a ton about casting and the intricacies of fly-fishing.

After the morning activities the campers went to lunch. Lunch proved to be well worth the trip, as it was the undeniably champion favorite camp meal, TACO IN A BAG. The meal gave way to good news to many campers. The Iroquois won the game of El Presidente last night. Also, Greybeard won Cabin Cleanup for the day. From there, campers were dismissed to a much needed rest time and because of that they earned a time of freedom. FREE TIME! Campers went and munched on trading post and many were left smiling. Activities were opened such as Team Sports and Kayaking and many campers go to work on bars. From there the Timberlake men went to their afternoon activites.

The afternoon brought forth a nice heat from the sun, but things were also heating up in the activity areas. A much needed trip to the lake gave campers a sweet cool down. In Swimming class, the campers worked on Freestyle, but they got to finish off with a thrilling game of water polo. Canoeing class was full of stroke practice with class finishing off with a huge game of follow the leader. Finally, Kayaking Class lead to Dash V., William E., and Geoffrey M. working on their T-Rescues. Sam C. got his wet exit on the very first class.

From the wonderful Mexican dish at lunch, Campers were then whisked to another region of the world, ITALY!! Tortellini greeted the smiling faces of Timberlake campers and gave way to delicious cherry poppers for dessert. The evening activity was announced; THE GREAT ESCAPE. It is essentially a huge scavenger hunt with all the tribes looking for clues. Tune in tomorrow to find out which tribe won. (Hopefully the Seminoles)
Today was an absolutely wonderful day at camp Timberlake. Never is there a dull moment. As usual, Tomorrow will be even better. Given the recent statistics, were looking forward to the best session yet.

Thank you for sending your children to camp. They make this place truly special.

University of Tennessee Class of 2019