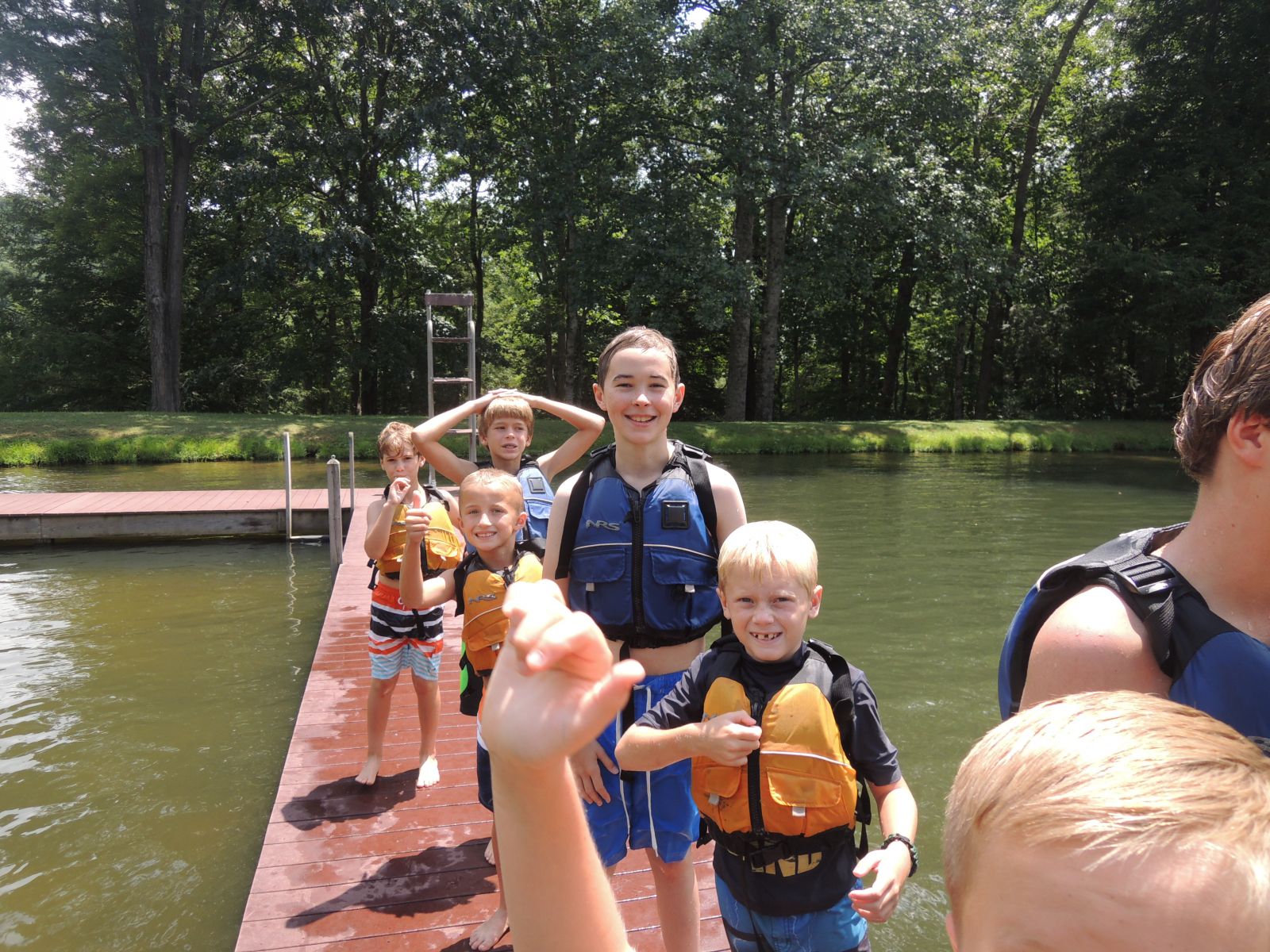 Campers arose this morning at the greatest place on Earth, Camp Timberlake, to the savory smells of eggs, biscuits, and potatoes. After stomachs were overflowing with delicious food, campers rushed outside to participate in one of Timberlake’s most time honored traditions, The Morning Yell. Counselor Jackie Lin led everyone through a fierce battle cry in Chinese. It was truly an epic experience. The day continued strong as Timberlake proceeded to Morning Chapel. Today’s message expressed that humans should follow God’s path despite their own temptations to forge their own. After Chapel, campers went to go “CLEAN THOSE CABINS!” Every cabin was spotless by the end of cabin cleanup time. Meanwhile, this morning during kayaking, Jack M. got his first roll. Alex A. shot multiple groupings towards his bronze bar in archery. Brian S., Henri P., Chase R., and Will G. guided the monstrous Voyager canoe across Lake James. A truly extraordinary task to tackle!

After morning activities, campers dashed into Tucker Inn where Timberlake experienced CIRCLE pizza. This was a day like no other, for the Tucker Inn’s pizza is always prepared in a rectangular shape. Then it was time for the best time, REST TIME. After a tiring morning of activities, campers enjoyed the comforts of their beds for thirty minutes until rushing out to free time. The Trading Post was open for campers to enjoy delicious snacks and candy. Not only that, but the calm waters of Lake Doris were practically white water in a FREEEEEEE SWIM.  Meanwhile, Joe V., Alexander Z., and Jonathan H. all earned their silver bars in tennis.

Afternoon activities soon commenced as the cooking class made some delicious chicken fajitas. Rocketry began the construction of their first rockets, and so far, they are looking fabulous. Swimming began to perfect the breaststroke while Alex A. helped campers to work on their bars.  The backpacking class took a trip to The Tea Cups with the Lower Cabins. Campers had the opportunity to enjoy natural water slides, swimming holes, and s’mores. After afternoon activities concluded, campers once again charged into the world-renowned Tucker Inn to munch on jambalaya, cornbread, and fried okra. Then, the ultimate evening tribal activity was announced, BATTLE BALL. Camper went crazy with the announcement and then sped to The Mike for the ultimate showdown. (Results of the contest to follow.) As the sun sets on Camp Timberlake, I wish you all a happy evening and a blessed night.