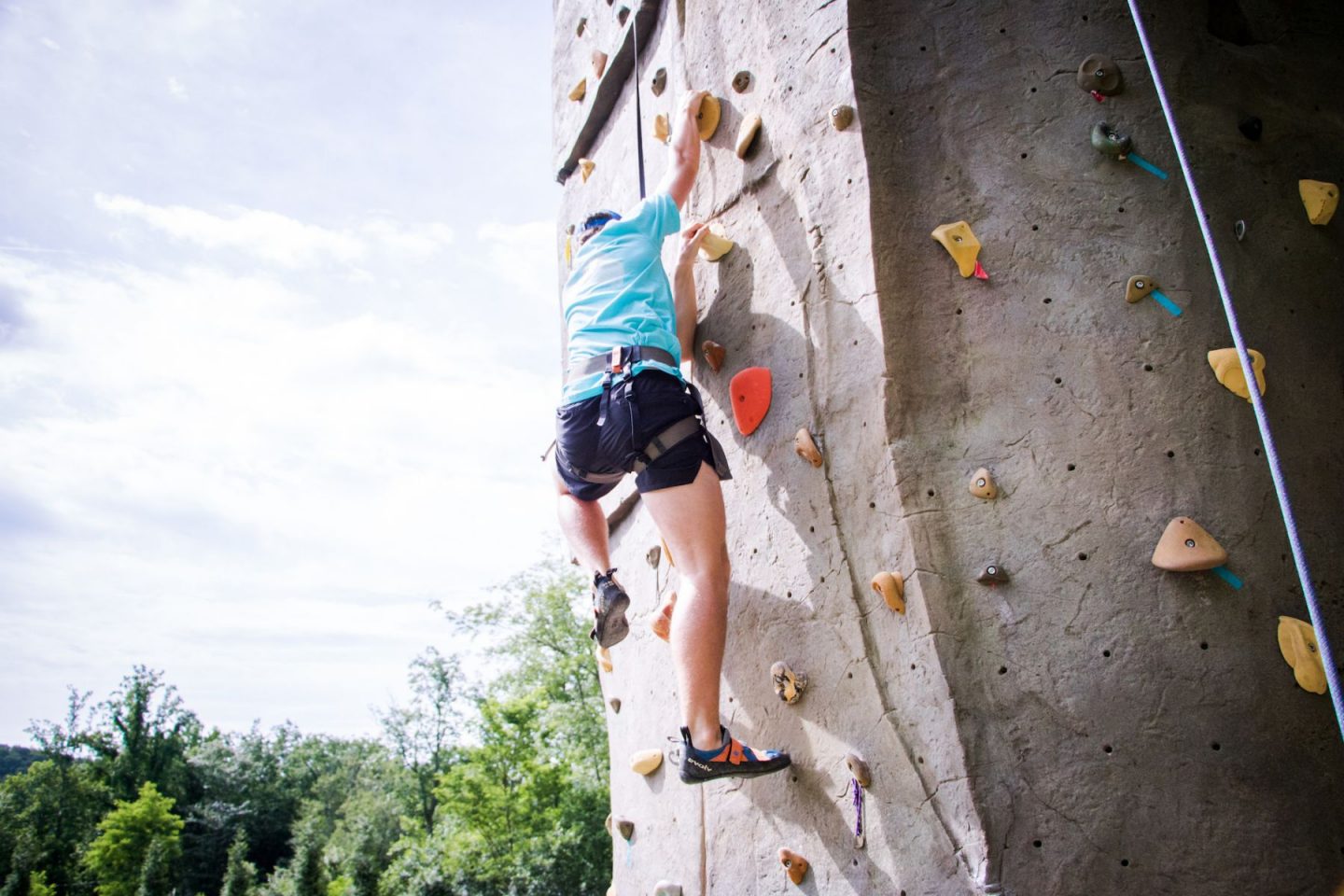 Good evening from Camp Timberlake! Today was our first full day of
activities, and boy was it exciting. With last night consisting of our
tribal initiation, that only meant one thing — our new campers woke
up this morning still covered in paint! After a wholesome breakfast,
our campers were treated to a powerful message by John in the chapel,
a challenging run in the Ugliest Camper Competition, and a tight
beginning in the race of cabin clean-up.

Following an exhilarating first few hours of the day, campers moved on
to their various activities. Yes, activities are fun, but first-day
activities are something special. Safety talks may control the first
half of the class, but campers can regularly expect to have something
unique in store in the latter. Swimming classes worked on their
strokes and treading while still being able to have a free swim;
climbing classes were able to test out the new auto-belays with Owen
F. and Michael A. dominating new routes; mountain biking went nuts
today with classes working on the basics of biking while
simultaneously, Colby S., Thomson B., Jack B., and Owen S. crushed the
tasking trails of Dupont.

While this may be a lot for one day, that’s not even the half of it.
In an exciting canoeing class learning maneuvering and teamwork, John
R. and Sean R. both exemplified powerful and consistent stern draws
and prys. Additionally, Richard B. baked a delectable batch of
chocolate chip cookies in cooking (much to his fellow campers
enjoyment). In soccer, Layton H. excelled in many different ways,
setting the bar high for his classmates this session.

Now you may be thinking, “There can’t possibly be more!” Well sit back
and keep reading, because we held something truly remarkable today:
tribal elections. Tribal elections here at Timberlake are very
important. Not only is this setting the leadership for the entire
camp, but it is leadership elected by peers. For the Iroquois, Hunter
S. followed in his brothers’ footsteps becoming Chief, Thompson B.
prevailed as Med-Man, and both Jeb J. and Richard B. now represent the
lower-cabins as Lookouts. For the Seminoles, James B. remained a
powerful member of his tribe as he became Chief, Nathan V. triumphed
as Med-Man, and both Leyton H. and Jack A. conquered as Lookouts.

As this evening comes to a close, the two tribes are playing a
demanding game of Pirate Ball. Reading this whole article may be an
equal feat in itself, but I can assure you that all of these
achievements were noteworthy enough to include.