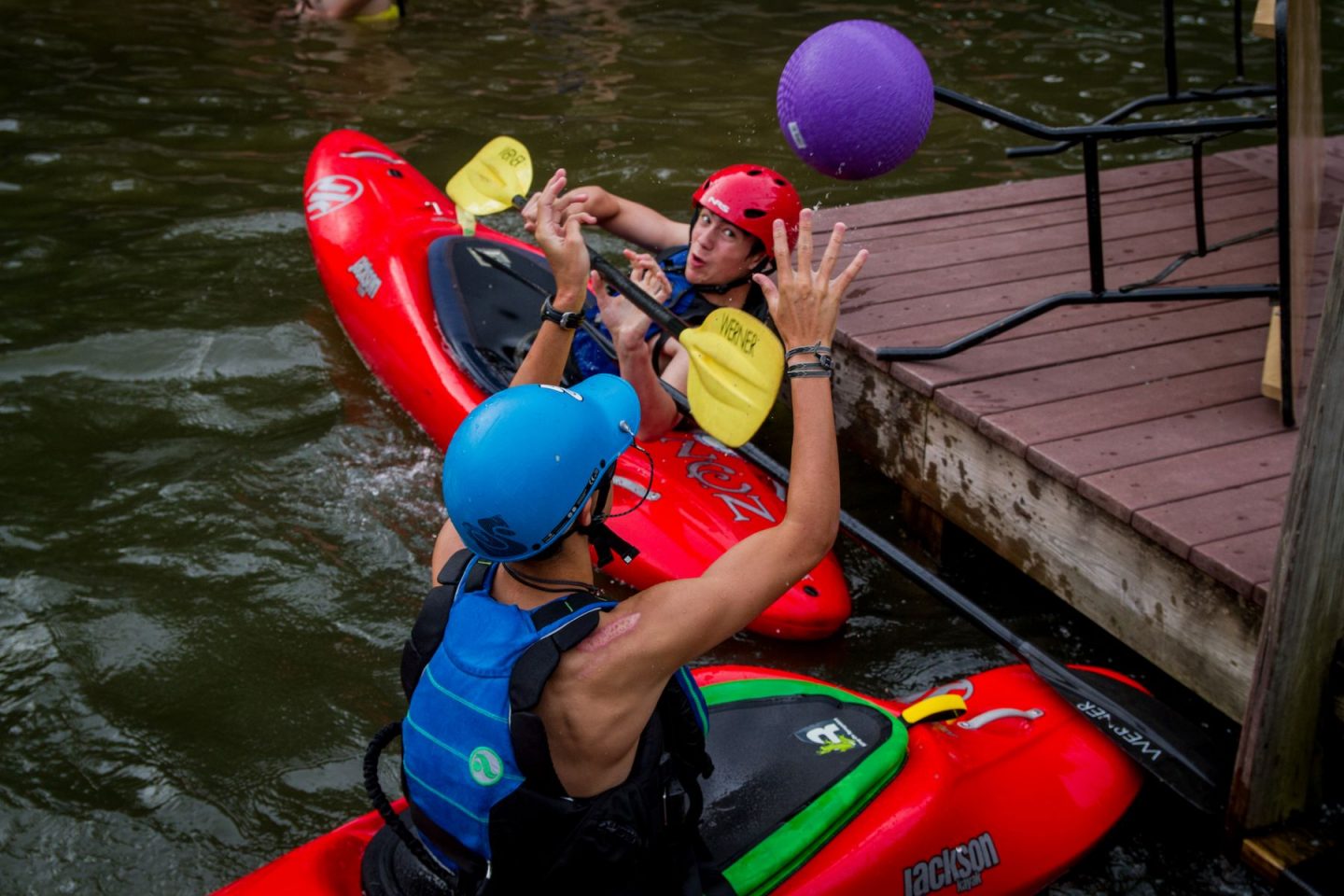 Good evening from Camp Timberlake! Last night we began the evening activities with a strong start by playing Pirate Ball, a game combining water polo, rafting, kayaking, canoeing, and a scavenger hunt. Ultimately the Seminoles won in demanding fashion and everyone had an awesome time playing! After a delicious breakfast of baked oatmeal, coffee cake, and an egg bar, we were fueled and ready for a big day. This helped to prepare us for our second full day of activities–now every camper has been to each of their activities.

First thing after breakfast, Cameron S., James, Jack B., Henry B., and Seamus went on a kayaking trip to the Tuckaseegee River. At the same time as the kayaking trip, the mountain bikers were riding the trails of Lake James where AJ sped past the trees, narrowly avoiding many of them. Also at Lake James, were the Water skiers, where Brandon T. was able to cross the wake and every single skier got up on skis!

Even though we had an exciting time out on trips, Camp was far from dull. Ezekiel did a fantastic job of encouraging younger campers on the ropes course, Hugh S. made some incredible chocolate chip cookies in cooking class, and Riley D. showed off some of his wrestling moves to other campers in the class.

As we wrap up another day here at Camp, the Seminoles and Iroquois are facing off in an intense game of Battle-Ball as the Greybearders hope to finally take down the staff in the final round matchup. What another great day at Camp!