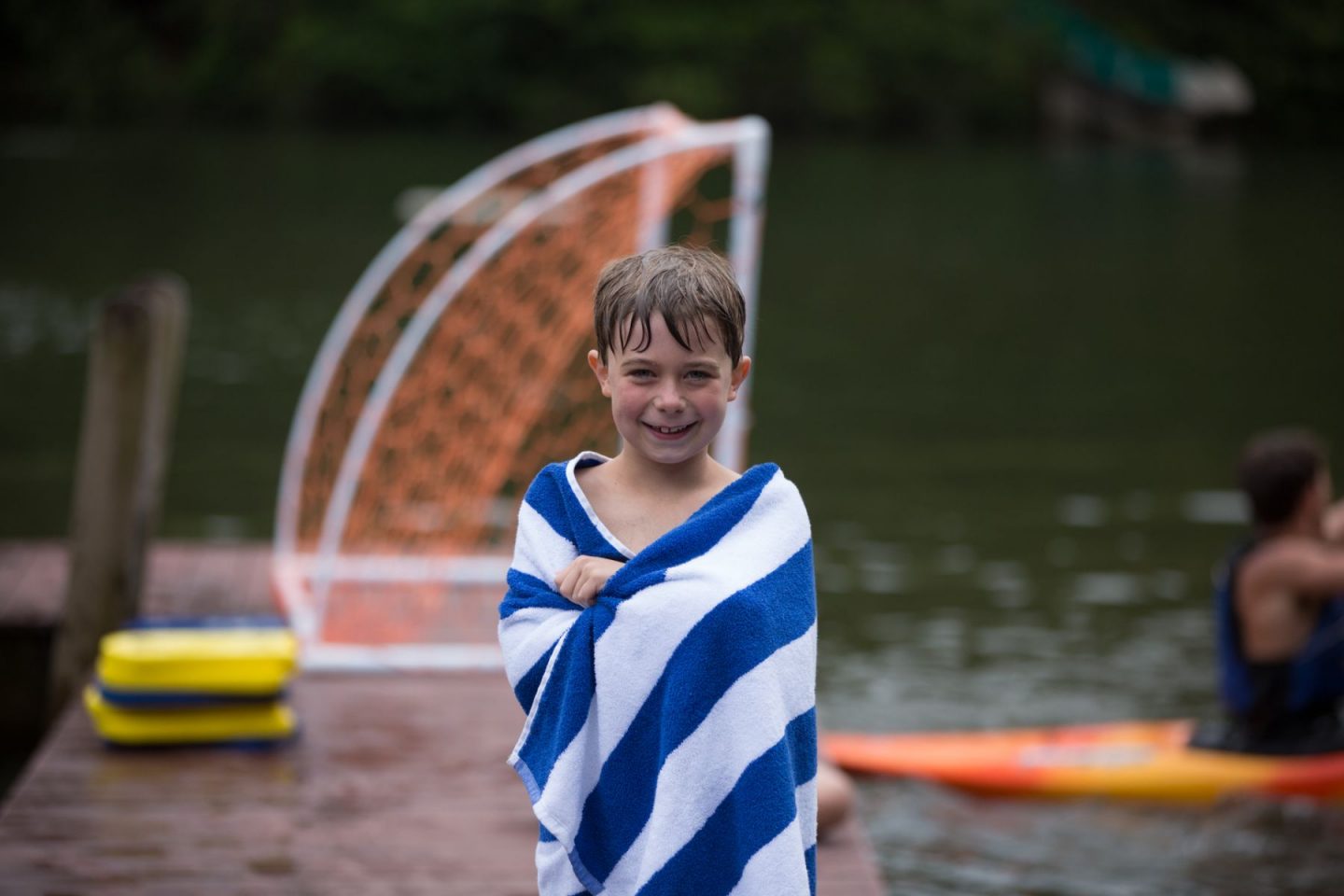 The men of Timberlake woke up in the misty mountains this morning. Although the morning began with a cold front, that weather didn’t keep us from having an awesome time! We started the day with a hefty helping of waffles and bacon. We proceeded to exit the dining hall and raise our voices to the heavens with the Morning Yell. We went to chapel where Charlie R. gave a talk about who man is.

We rolled into the day with excitement and lots of energy for activities! Carlton W. showed his wrestling class how to properly do a double leg penetration step. In pottery, several campers began throwing on the wheel. Carter S. began working on a bowl on the wheel. Backpacking class went on a trail hike around camp and learned about different plants they can encounter on the trails.

Campers and staff flooded into the dining hall after awesome first and second periods and were excited to see it was pizza day!! The dining hall was silent with every single person eating pizza. At lunch, they announced the winners of Battle Ball from the night before, Iroquois won lower cabin and Seminoles won upper cabin! And they announced the cabin clean up scores where Greybeard scored the first 10 of the summer!!

After some well deserved rest time and free time, campers headed onto their third and fourth period activities. John R. and Ryker R. became masters of the lake in their canoe class. In cooking class, Spencer G. sauteed some mean onions for the sliders that were made in cooking class. Michael A. taught guitar class how to play “Crazy Train.” In climbing, campers learned different movement techniques at the traverse wall. Owen F. and Luke H. learned how to tie knots and ended the class earning their bronze bars in climbing! Kayaking learned how to perform a t-rescue. Seamus G. and Hunter S. taught the class how to do t-rescues and helped other campers who were struggling.

Third and fourth period ended and the campers walked down and enjoyed a hearty meal of mashed potatoes and shredded beef. The campers not only enjoyed dinner but a show on top of that! Action Jackson (Carter B.) and Vertical Jones (James C.) performed their death defying stunts for the campers. To end the day, the campers will be playing The Great Escape tonight as their evening activity!

As the sun sets behind the the tree line, campers and staff enjoy another day at camp. Tonight will hold great tribal competition and even better cabin bonding. Another day in the books for camp, and we can’t wait to see what happens tomorrow!