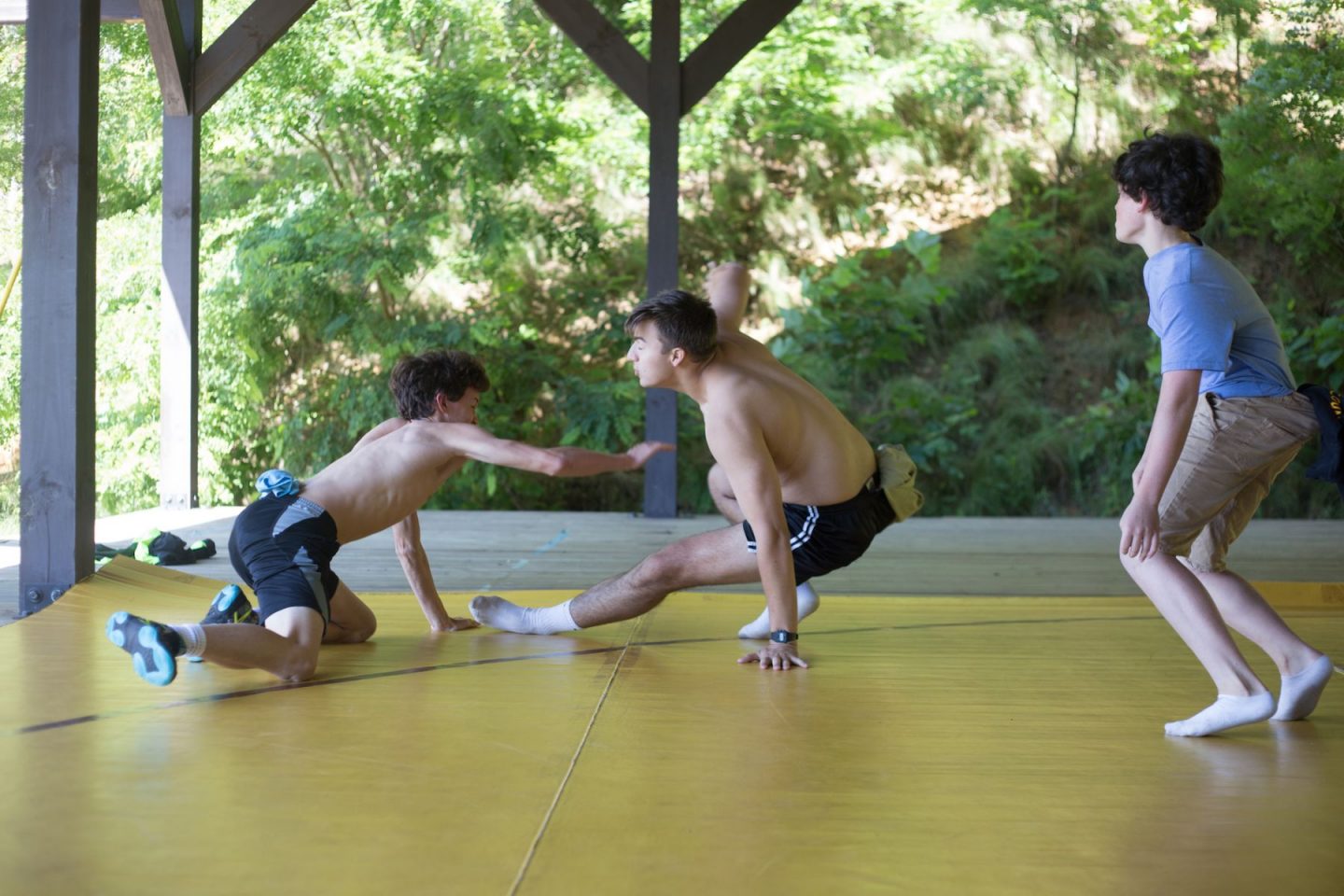 Today the guys of Camp Timberlake got started off with a classic breakfast of sausage, eggs, and homefries, which helped propel them on to the morning yell and chapel. Austin S. spoke at chapel about sin and the nature of man.

After chapel, the campers got down to business in their activities. The kayakers took the day to practice their rolls and T-rescues, where they assisted other capsized campers out on the lake. I also saw some slick canoe maneuvering as the guys learned some more advanced paddling techniques. Up at Spencer’s Green, Shade J. tackled the bouldering wall and ended up earning his bronze bar in climbing! Thomas H. also made some progress, taking one of the more difficult routes up and over the boulder. Meanwhile in pottery, Garrison B. and Spencer G. got to throw on the wheel again and had a blast doing it!

All the guys then headed off to lunch for some stromboli, a crowd favorite, and the best time of the day, rest time. Although it started raining after rest time, the campers remained resolute in their quest for snacks, standing in line with their ponchos on and their Trading Post cards in hand. A large group ended up taking shelter in the nearby pavilions, playing ping-pong and enjoying each other’s company. The rain also didn’t stop Hugh S., Nate S., Eli C., and Garrett S. from having fun, as they headed back to the cabin for a game of Settlers of Catan. Free time wasn’t all fun and games though, as Thompson B. and Colby S. were making their way through the “Deer Slayer,” a high-intensity workout that took them all around camp and eventually led them both to earning their gold bars in Wrestling!

Later in the day, Thomas W., Luke H., and Samson C. had an epic match of 3 musketeers in fencing class while Jake H. and Owen S. knocked out some targets in archery to earn their silver bars! On the fly-fishing trip, Henry M. made great progress by learning proper form and continuing to fish unassisted.

Overall, there was much fun had and many bars earned today, and although the rain may have dampened the campers’ clothes, it didn’t dampen their spirits. I, for one, am excited to see what’s in store for all the campers tomorrow!