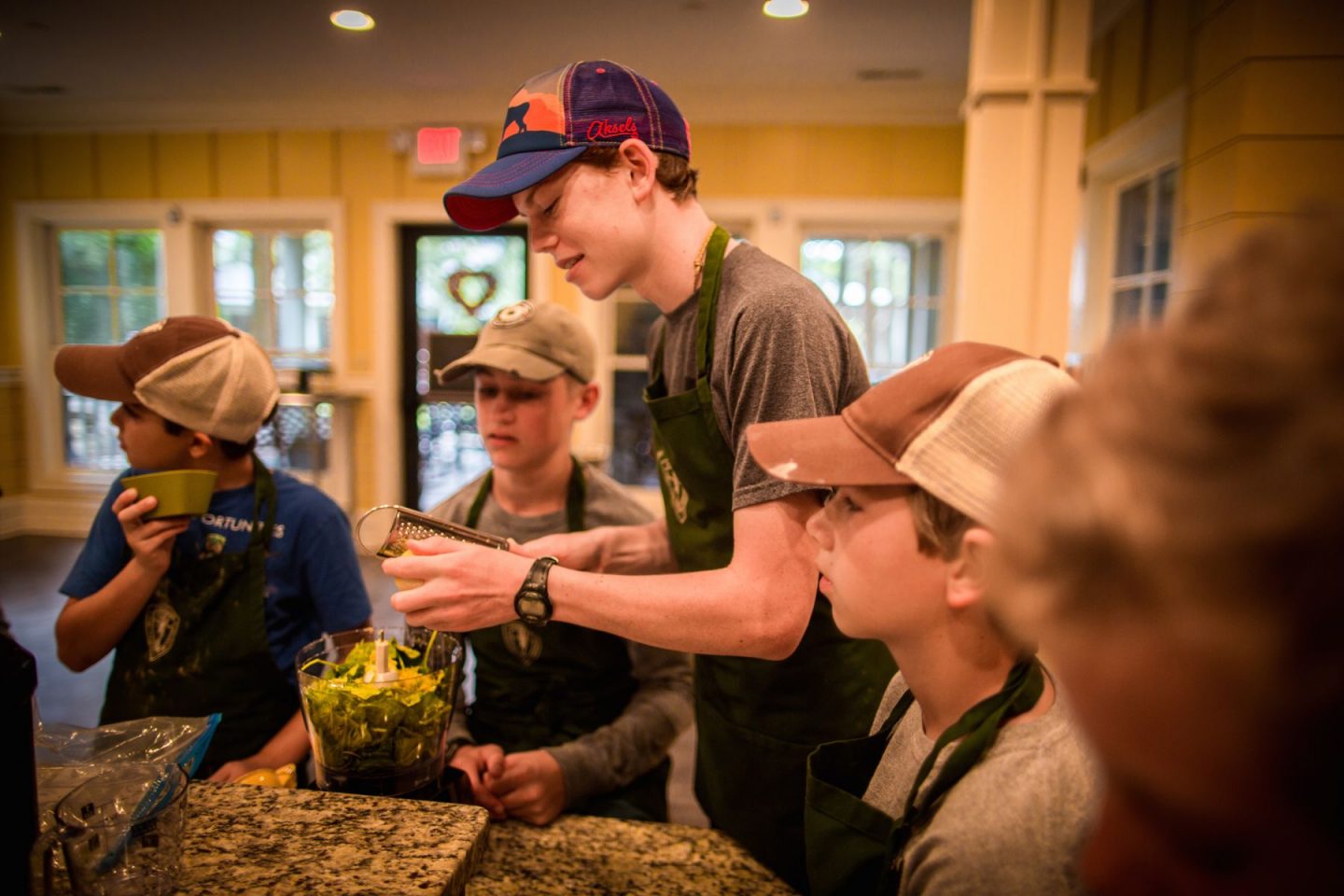 As the sun peaked over the Appalachians of Western North Carolina, campers awoke well rested from a Sunday full of relaxation and special activities. The boys headed down to breakfast where they were met with a hearty serving of biscuits, eggs, and sausage. Over breakfast much was discussed including the results of last nights tribal soccer game which was highly contested between the two great tribes.

After breakfast the congregation convened at the tether ball courts where they once again participated in the morning yell. Once the earth’s reverberations had ceased, the boys headed off to chapel where John M. talked about the helplessness of man, and the power of Christ.

Post-chapel, the campers headed off to their cabins to clean, with the cabin of Little Slately doing a particularly spectacular job at maintaining a spotless living space. With the cabins looking impeccably clean the boys headed off to a day full of activities, friendship, and adventure.

Up at the Mark, both Noah and Porter S. obtained their Bronze in fencing after a lot of hard work and practice.

Down at the backpacking hut campers learned how to filter water using gravity filters and the importance of hydration in the backcountry. In the guitar hut Evan F. continued to jam out all the while working towards his bronze. On the tennis courts many campers had the privilege of playing their first doubles match.

Once the morning activities had come to an end the campers flowed into the dining hall where they were greeted with a camp favorite, stromboli, which was devoured with haste. With their stomachs full and smiles wide the boys headed back to the cabins for rest time, followed closely by free time. During free time many flocked to the Trading Post to find solace from the Carolina sun in the form of Gatorade or Cola accompanied by their choice of candy. Along with the Trading Post being open, the Timberlake Improve club once again met to provide camp with some quality entertainment. A big kudos goes out to both Jackson D. and Bryan C. who were “especially hilarious”.

With free time coming to an end the boys headed off to their afternoon activities which were sure to be fun filled, as the campers were blessed with cooler temperatures with the same unimpeded blue skies.

Up on Spencer’s Green both Grant S. and Michael F. completed many steps on their way to earning their silver in Soccer.  Out on the lake, many a smiles were had, and those in Kayaking were working hard, including David R. and Alexander C. who were able to get their rolls down. Additionally Dash V.’s perseverance paid off when he was rewarded with his bronze bar.

After a long day of activities the boys once again headed to the Dining Hall were Chicken Alfredo was consumed. Over the dinner table conversation bubbled as anticipation of the night’s tribal activity built. When it was announced that the night’s activity was “Mission Impossible” the crowd erupted in joy as the camp favorite was bound to be heavily contested between the two tribes. As I sit here and write the two tribes are locked in fierce competition over the banner.