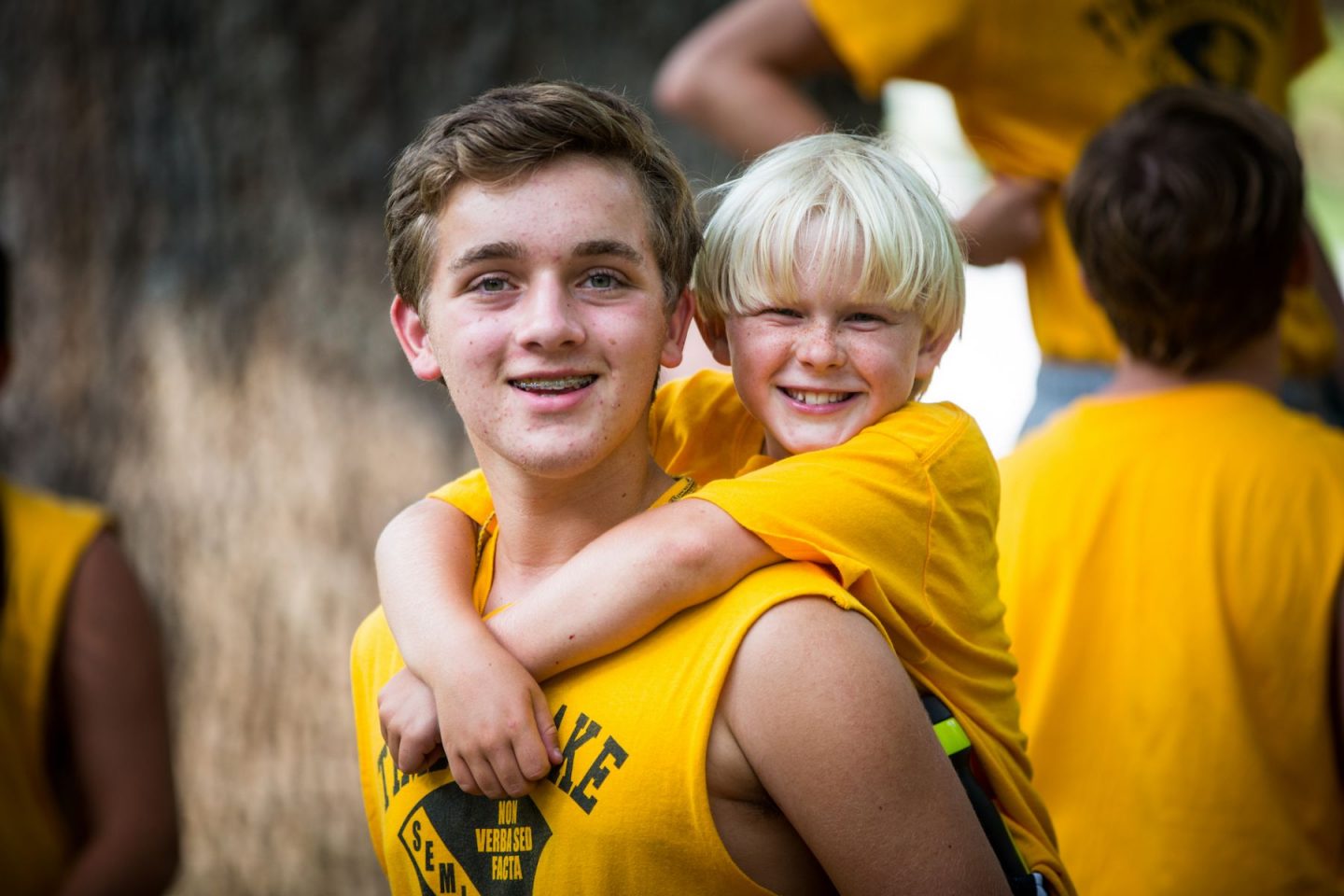 As the sun broke over the North Carolina mountains that we’re fortunate enough to call home, everyone at camp knew that Sunday was not going to be any average day. Here at Timberlake, everyone knows that Sundays are different.

Once campers and staff had slept in an extra hour, everyone made their way down to the dining hall for a delicious breakfast of cinnamon rolls, coffee cake, and chocolate milk. The dining hall was nearly silent as everyone chowed down on a delicious meal. After breakfast came chapel, and after that came cabin cleanup. Even though it’s Sunday, we still stay clean here at Timberlake!

However, after cabin cleanup, the day took a turn. Instead of activities, on Sunday, we have some special morning contests, including Dam Building, Bull Frog Catching, Fly Fishing, and Sunday at the Masters (Frisbee golf). Campers and staff went their separate ways to participate in these great activities, and came together again at lunch for fried chicken, mashed potatoes, and green beans.

After lunch came rest hour(!!!) and then a whole afternoon of free time. However, throughout free time, the only thing on anyone’s mind was the cookout that night. Every Sunday we have a cookout up on Spencer’s Green with burgers, hot dogs, potato salad, watermelon, lemonade, music, and lots of games. When the time came, campers and staff met up on Spencer’s for the cookout, and also to find out what else the night had in store.

Once the cookout had ended, everyone met up once again for the announcement of what we would be doing that night – Vespers!!! Vespers are a Sunday tradition here at camp, and we have skits and the Black Mountain Oysters, a staff band, performing for all the campers. Everyone ran down to the Chapel for music and laughs, and I don’t think a single person left that night disappointed.

Finally, Timberlake went back up to Spencer’s Green for Tribal Soccer, the last activity of the night. It was a close and hard fought battle, but in the end, the Iroquois ended up coming out on top. The competition for the banner is close and right now, it’s anyone’s game!

Overall, it was another great day at camp, and if the rest of the days are like these, then we have a great week ahead of us.