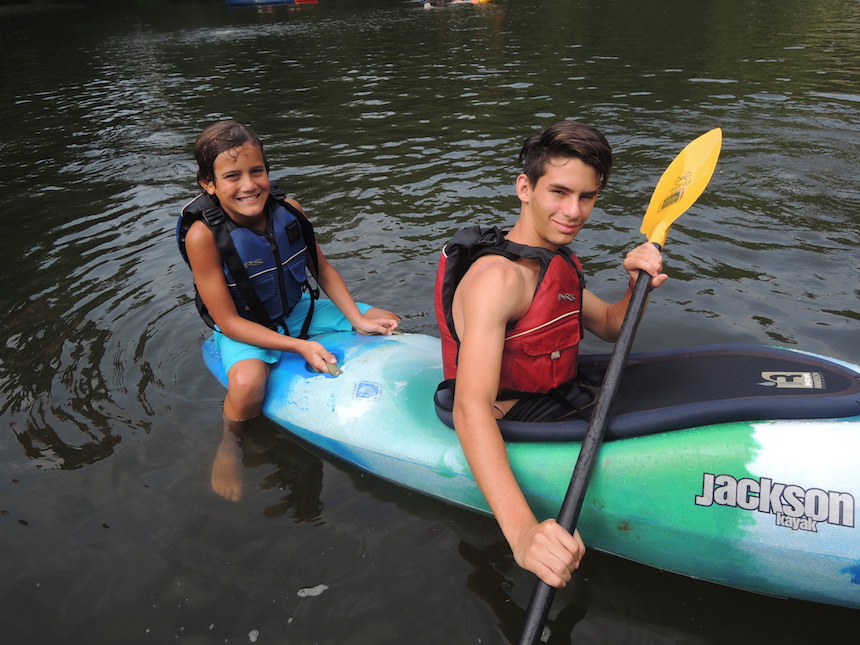 As the sun rose over the Appalachians on this beautiful Wednesday morning, the campers of Camp Timberlake rose with it. They headed down to get a breakfast of delicious french toast sticks and sausage. Everyone was ready and excited to jump headfirst into the day!

After breakfast, the boys headed to the morning yell, chapel, and after that, cabin cleanup. Tomahawk cleaned especially well,
taking first place for today. The other cabins made sure their cabins were practically spotless, and everyone headed to their
classes.
On Lake Doris today, Charlie O., Jake K, and Geoffrey M. all learned how to roll in kayaking! In terms of bars, Dash V.
achieved his Bronze bar in Kayaking! A popular class, and a fun one. Also on Lake Doris, Alex and Ford got their Silvers in
Swimming! Lots of work done through many classes, so congratulations!
It was a big day for Rocketry today. Sanders A., Noah S., Ford S.. Thomas M., and Matthew L. all got their Bronze bars in
the class! But that’s not all – Pete B. and Patrick M. both got their Silvers, and Will F. was able to attain his Gold bar! All bars
take dedication, so you know these guys have been working hard!
The boys then went down to lunch where they dug into a camp favorite, tacos in a bag! All of them were nice and full after a
meal like that! It was also announced that the winners of the evening activity last night, Mission Impossible, was the mighty
Iroquois! After rest time and free time, the boys continued taking their classes.
Up on Spencer’s Green, the soccer class was learning how to shoot well and score as many goals as possible! Also, Hays L. and
Owen W. both completed their Silver bars in Team Sports! Up even higher at the Mark, Geoffrey M. and Harper C.
swashbuckled their way to Gold bars in Fencing! Also on Spencer’s at the Upper Tower, Brian S. was able to get to his Silver
bar in Climbing! In Pottery, the boys finished glazing their creations and are anxiously waiting for the completed pieces!
At dinner, the guys had tomato tortellini with breadsticks! Andrew D. announced the evening activity would be Lower Cabins
Capture the Flag, Upper Cabins Ultimate Basketball – both incredibly fun games!
After the games, the cabins will disperse to do activities on their own, including camping at the Mark and making s’mores at the
Tipi.
Overall, another great day at Camp Timberlake. Until next time!
Kennon S.
CIT