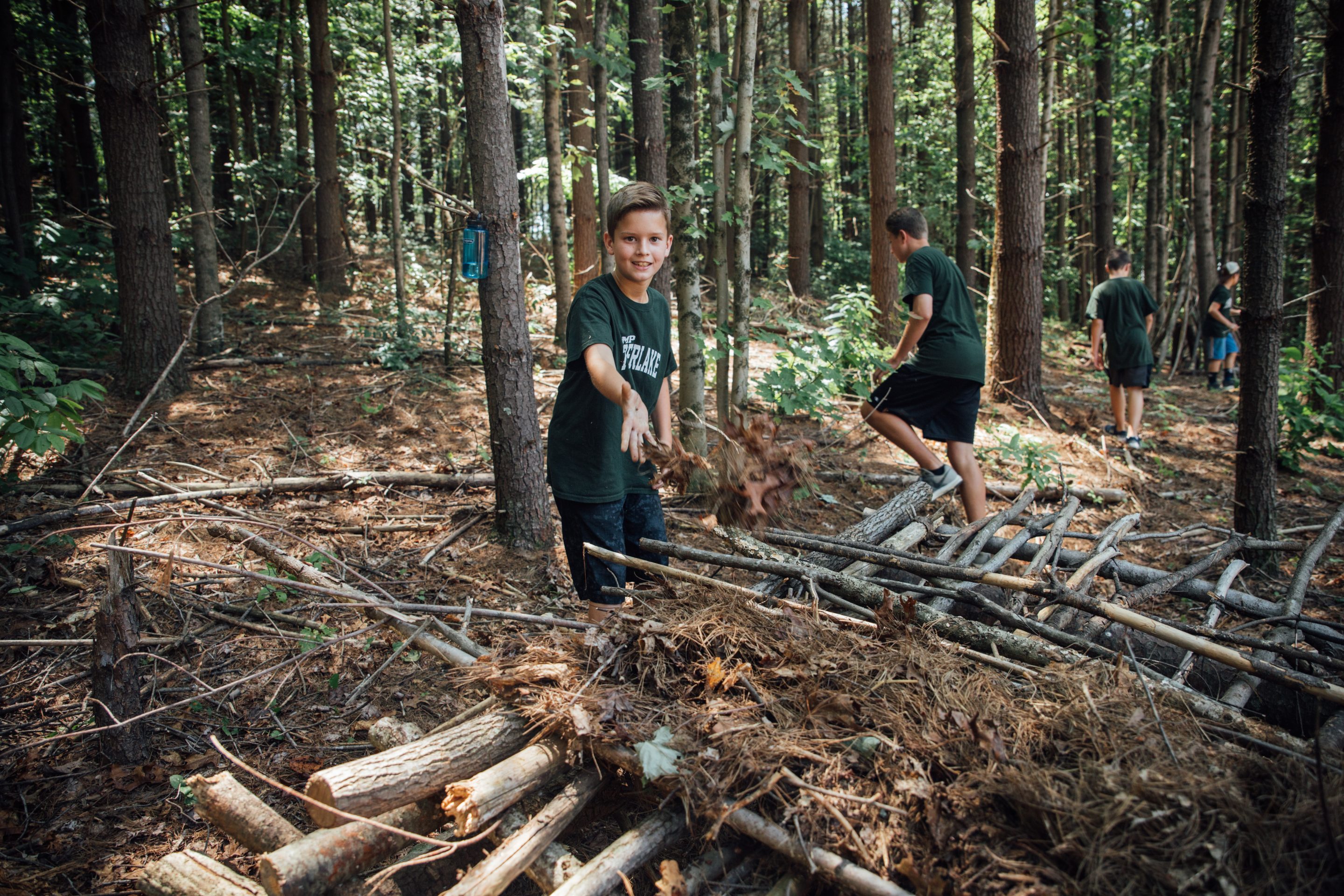 Sunday comes gently at Timberlake, and campers and counselors alike were grateful for the promise of an extra hour of sleep before today’s breakfast. This morning, campers were greeted by delicious cinnamon rolls, oatmeal, fruit, and chocolate milk to kick off another great day.

Two trips left Timberlake this morning. The first was an overnight backpacking trip to Sam Knob (Max W., Hudson L., Jack A., Barrett C., Will T., Sam C., Daniel M., and Wells D.). The other was a fly fishing day trip to Davidson River (Dawson G., Dylan G., Wyatt S., Dillon W., Aiden K., and John R.). Instead of the usual schedule of activities that campers go through, Sunday offers something a little bit different. While some campers opted to rest in their hammocks (like Hunter S.), others chose from a host of events to attend. Tommy S. and Jake K. took first place in the inaugural Sunday at the Masters frisbee golf tournament at the new property, while Eli C. and Ryan C. took second, and Thomas H. took third. Down at the beach, Hugh S. won the sandcastle building contest, with Griffin R. and Spencer R. taking second, and Cane P. earning third. Duma M. won the frog catching tournament. Up in the Mark, Jonah H. and Logan B. earned first in the basketball tournament, followed closely by Henry M. and Joe V. Over in the forest, teams were busy building forts that were rated by counselor Ben A. according to their aesthetic appeal, strength, and creative backstory.

At lunch, we learned that the Iroquois tribe won last night’s game of Pirate Ball and that Stomper’s Knob beat Big Slaty for the cleanest cabin of the day. After lunch, all was quiet across Timberlake as campers relaxed during rest time. Free time began an hour later, and campers could again choose from numerous afternoon diversions. Many chose to beat the heat on the lake. Scott K., Daniel S., and Neil R. played an excellent game of pickup soccer outside the Mark. Jake H. worked on earning his gold mark at the archery range. For dinner, all of camp went up to the Mark for a cookout of burgers and hot dogs, followed by Vespers, with a number of skits being put on for our entertainment. All in all, today was a wonderful day filled with friends and fun. The Seminoles and Iroquois are competing in ultimate frisbee as I write this, and only tomorrow will we know the victor. With Monday’s dawning, a whole new day of adventure awaits us. This is Luke Mason signing out…