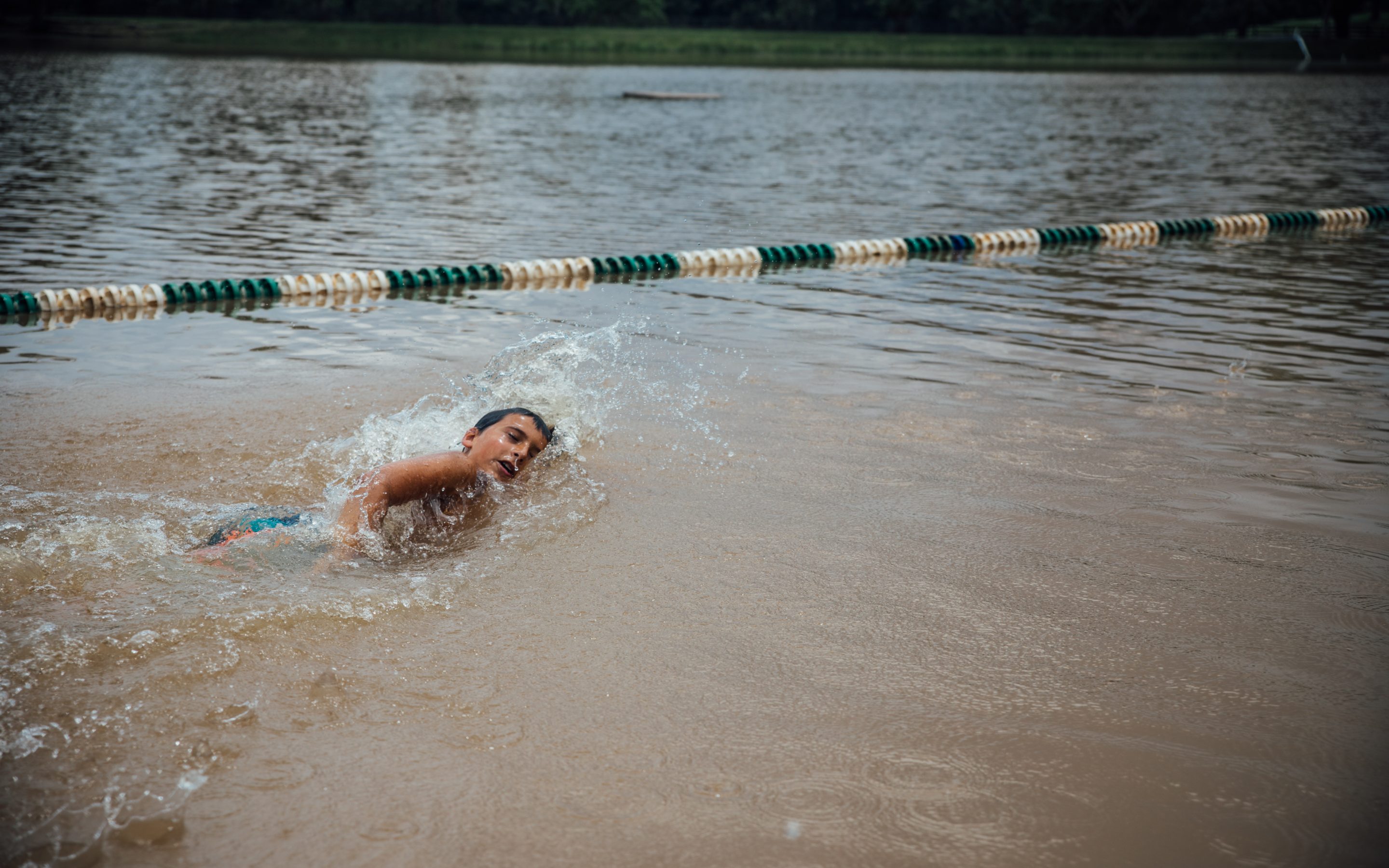 After a triumphant Iroquois victory in ultimate frisbee last night, Camp Timberlake woke up to another cool summer morning. Pajama-wearing and hardly awake campers slowly but surely hopped out of bed and make their way down to the Tuck. FRENCH TOAST STICKS, sausage, fruit, and oatmeal. Spirits rose as the young men of Timberlake laid their eyes on the feast before them. Not a crumb was to be spared which made cleaning easy since the plates had been polished off and energy was high. We knew it was going to be a good day, and it was!

Following breakfast, a fly fishing and a mountain biking trip went out. Counselors Austin S. and Taylor M. took Ren G., Leyton H., Pace L., Henry M., Ryan C., and Blake C. to fly fish on the beautiful Davidson River. The scenery was stunning and memories were made. Mountain biking had a blast too! Counselors Joe B. and Tim M. took Mason B., Tommy S., Miles B., Jacob A., Owen S., and Jake K. to the DuPont Trail.

Mr. Hydration and his lawyer visited lunch with new findings in Mr. Hydration’s contract stating that he should be given at least one day off a week. Thankfully, John refused to budge and said indefinitely that “Hydration never takes a vacation!” More to come on that.

After lunch, the overnight backpacking trip returned safe and sound to Timberlake. They spent the night camped out on Sam’s Knob, which boasts some of the most beautiful panoramic views in western North Carolina. These mountain men weathered a rain shower and even saw several native black bears on the trip, and a great time was had by all. At Timberlake, some smaller, cuter animals took their first swim in the lake today! Jack B, Logan B, Ben F, Alex E, Wick K, Griffin P, and Grayson S took the black lab puppies on a walk and surprised them with a cooling swim.

Finally, dinner. After fourth period all of Timberlake came together at the Tuck starving from their long day of activities and play. For dinner we had nachos! This was a perfect way to fuel the competitive spirits of the Powerful Seminoles and the Mighty Iroquois for the evening activities of lower cabin capture the flag and upper cabin ultimate basketball. Another day here at Camp Timberlake, and we can’t wait for more!