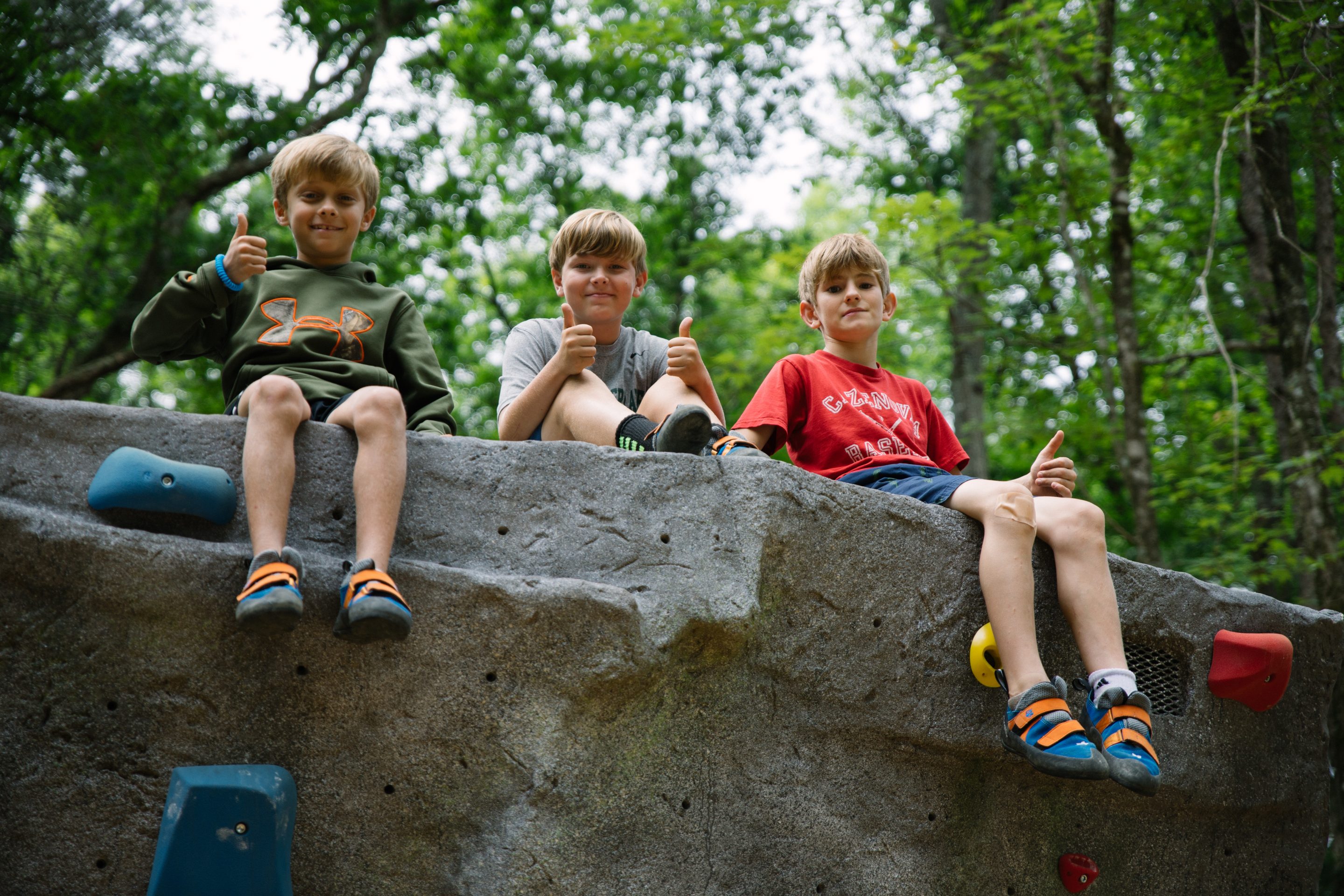 It did not take long for campers to get back into their daily routines here at camp after the renowned Cowboy Joe Day. Campers ended yesterday with a relaxing evening on the beach. All the campers were refreshed and ready to start the morning today. At breakfast, we indulged in yet another delicious meal from our amazing kitchen staff: breakfast burritos with bacon, eggs, and salsa, along with the usual scrounge for camper’s favorite cereals and fruits.

After breakfast we went outside for the morning yell. At chapel this morning, counselor Andrew D. gave an awesome story describing who God is by paralleling the relationship between Nemo and Marlin in Finding Nemo to the way God nurtures us. Andrew connected that no matter how far we may stray from God, He is always looking to bring us back into His arms.

Today during 1st and 2nd period, the campers rocked it in their activities. In climbing, the kids learned how to tie bowline knots and Henry B. got his bronze. Connor Y. and Banks P.  both won their matches in fencing and advanced in the tournament (check back tomorrow to see who will go home the fencing champion.) In mountain biking, counselor Tim M. got to work closely with Josef M. and Griffin P. Josef made some progress on getting his bunny hop down. In canoeing, William B. and Ryker R. practiced skills that will help them on their trip tomorrow to the Green River.

After a full morning, campers were eager to eat another delicious meal in The Tuck. As setters and staff prepared the tables for the meal, campers hung out on the porch, enjoying each other’s company and dreaming about the food they were about to eat. Paxton S. and Wyatt S. rocked together and talked about their wonderful morning activities while Ryan B. danced behind his unsuspecting friends. As the lunch bell rang, campers were ecstatic to see chicken sandwiches for lunch. Campers and counselors alike yelled “Frank!” as they looked for their favorite hot sauce, Frank’s Red Hot. Both tribes enjoyed a split victory in yesterday’s Cowboy Joe Day, so both sang loud and proud in the dining hall.

After stuffing their faces, a familiar tune sounded…it was the intro song for Action Jackson and Vertical Jones, our two resident stunt devils! They, once again, defeated the villain Mad Max who has been trying to ruin Jackson and Jones’ shot at the Hardcore Worldtour Parkour Championships. The duo is beloved for their incredibly mundane parkour tricks, but they are a favorite here at camp. With a full belly and some belly-laughs, campers were excited to see what the rest of the day had in store.

Right as free time was ending and 3rd period was beginning, Camp Timberlake was hit by an incredible storm that lasted for around 25 minutes. Campers huddled in shelters and laughed off the storm, encouraged by the community around them. In climbing, Lucas O., Scott K., and Thomas H. worked on their silver and bronze bar requirements. Hunter S. got his bronze in riflery.

A day full of excitement and wonder is normal here at camp. Tonight, after chicken fried steak for dinner, it was announced that it’d be all-cabin night for all the campers. Instead of tribal events, each cabin will spend the next 3-4 hours enjoying each other’s company, each in different activities. Activities include the Greybeard Trip (all day), mud sliding, sleeping at the Mark, the Candy Man, or The Little Slaty Luau, and bonfires with s’mores. Our mission is to grow through friends and adventure, and that is what is so special about cabin night.