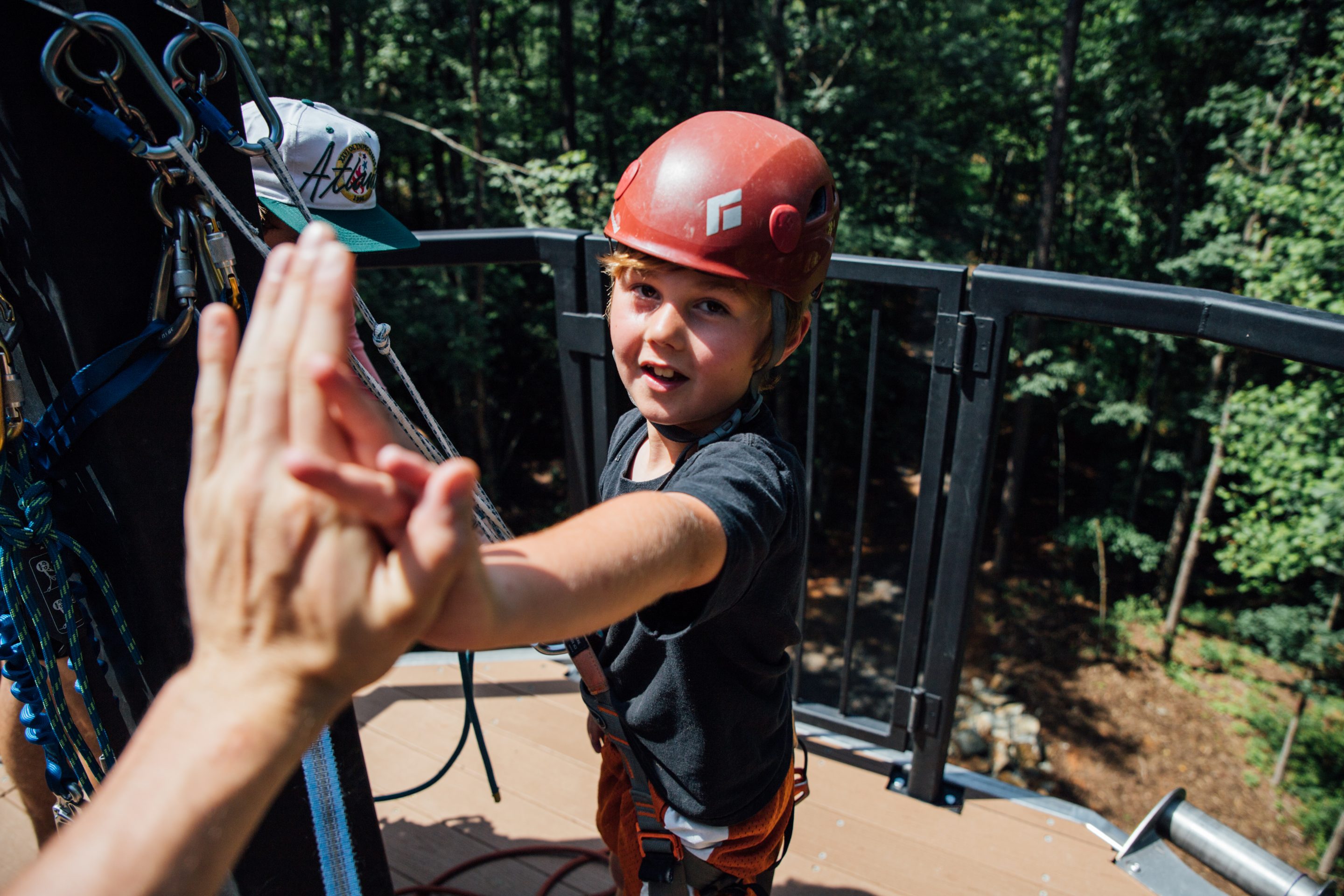 It was an early seven o’clock wake up call for Timberlake this morning after an eventful cabin night. For Huckleberry and Little Piney, the wake up especially different due to them sleeping at The Mark and in the woods that are on property. The campers trudged toward The Mark awaited by the delicious sausage, egg, and cheese sandwiches with hashbrowns on the side. After breakfast Timberlake made its way to The Mark for our daily chapel. Carter B. told his story of a little run in with a giant grizzly bear in Alaska for the true story, very crazy. Timberlake then continued with its daily routine by following chapel with cleaning cabins, which Stomber’s Knob won for the day. Although cabin cleanup can be “a drag” (actual quote from camper today), they all know that right after it they get to go to their first activity.

Because the end of camp for the year drawing near for many campers, they were on a mission to earn as many bronze, silver, and gold bars as they could today. On the range Ren G. earned five amazing two inch groupings to shoot his bronze in riflery. Ren G. continued his day by also earning his bronze in airsoft along with Case M.  AJ also earned a bar in airsoft earning his silver. Rockets were blasting off today in rocketry with both Brennan B. and Scott K. earning their silvers. Aiden M. had an awesome day on the court earning his bronze in basketball. Aiden M. and Richard B. looked like Robin Hood and Hawkeye today while earning their bronzes in Archery. It was a busy day on the mat as well, for Sean R. William B. and Ben L. earned bronze and Dillon W. earned silver in wrestling today. Wyatt G. Alexander J. Dalten B. Josef M. Aiden K. and Jonah O. all had an awesome time repelling in climbing today.

Three amazing trips also went out today. Dawson G. Dylan G. Miles B. Logan B. Wyatt S. Alex E. and Kein P. all had an amazing time white water rafting. Although at one point their raft tipped over, they all swam down river together and recovered to have a great rest of the day. Tommy S. Mason B. Jacob A. Owen S. and Jake K. all had an amazing time on their mountain biking trip today. William B. Ryker R. Elliot P. Charles B. Wells D. Justus H. HP. and Jack A. canoed down lower green today.

When all the activities were completed Camp Timberlake reconvened at the Tuck to enjoy a feast of Orange chicken and spring rolls. At the end of the meal both the campers and counselors were thrilled to hear that the activity for the evening would be stealing skins. In this evening activity not only do the Iroquois and Seminole battle each other, but they also battle the counselors. After an amazing game of stealing skins the campers will head back to their cabins and await yet another great day at Camp Timberlake.