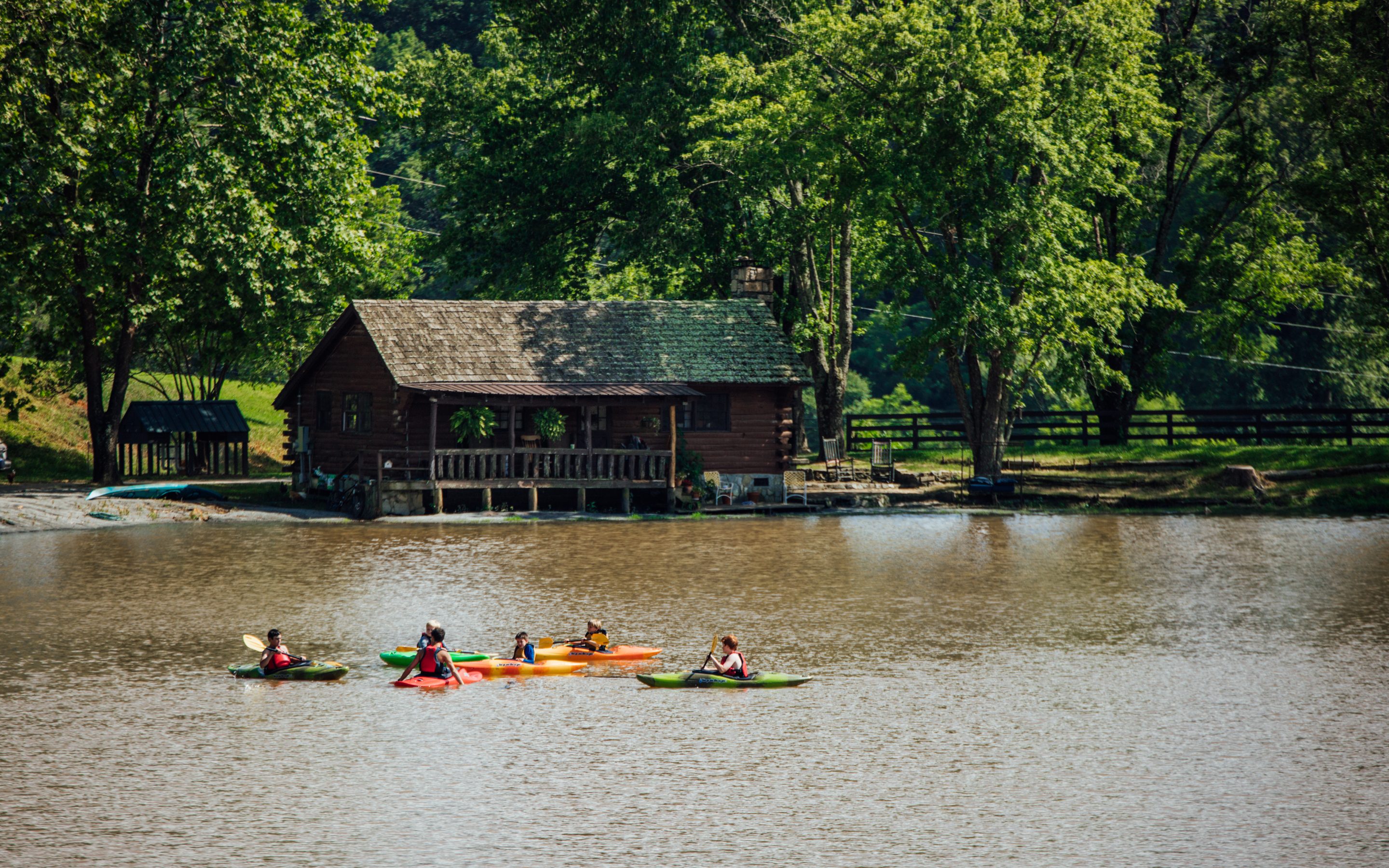 School may be out, but class is still in session. As the boys made their way down to the Tuck for breakfast, they were in for a treat. GEOMETRY BREAKFAST HAS ARRIVED. Oh yes, a meal full of delicious shapes. This might be a summer camp, but who said we couldn’t still learn?

On the topic of learning, today was another great day as our guys headed out to their classes to further their skills and knowledge of the outdoors. In mountain biking, Mason B. absolutely shredded the pump track. Up the road at the big house, the guys in cooking learned how to use the grill as they perfected the art of grilling sliders! Fear not parents, soon enough your sons will be making dinner for you!

A few brave campers got to adventure outside of camp to go climbing in Brevard! The boys went out to the beautiful Looking Glass. Mateo B. Liam B. Adriano B. Charlie M. Mitchell G. and Garrison B. all made their way up the 90+ foot climb. By the way, Garrison B. has now been on every single climbing trip this session!

Lunch today was chicken strips and fries! Yum! After the food was gone and the staff announcements were made, the Iroquois were crowned the victors of last nights game Bing Ball! I must say, as a proud Seminole, I put my hands to my ears to block out the noise of their cheers and chants.

Later this afternoon, the lower cabins were allowed a free swim during free time! The water was quite refreshing. For those in the upper cabins, plenty of fun was still to be had. So many activities were open for campers to continue their quests in receiving various bars! I also heard that the cooking kitchen was open and the guys made an experimental grilled cheese that included tater tots in place of the bread.

As free time concluded the guys were back to their scheduled activities. In climbing, the boys learned how to belay their fellow partners in order to stay safe on the wall. In basketball, Sam A, Connor M, Davis M, and Jake L, received their bronze bars! Britt F. scored 5 out of 10 points in his fencing match with the instructor to move one step closer to his gold bar. Gold bars a huge deal. Very rarely does anyone get a gold bar so shout out to him!

As fourth period ended, the dinner bell rang. A hearty supper of pork tenderloin and cheesy potatoes was served. Once the meal was done and the tables were cleaned, the evening activity was announced. Tonight the guys are playing Search and Destroy! In due time the announcement will be made to see who won, but for now the guys are going to get some rest!