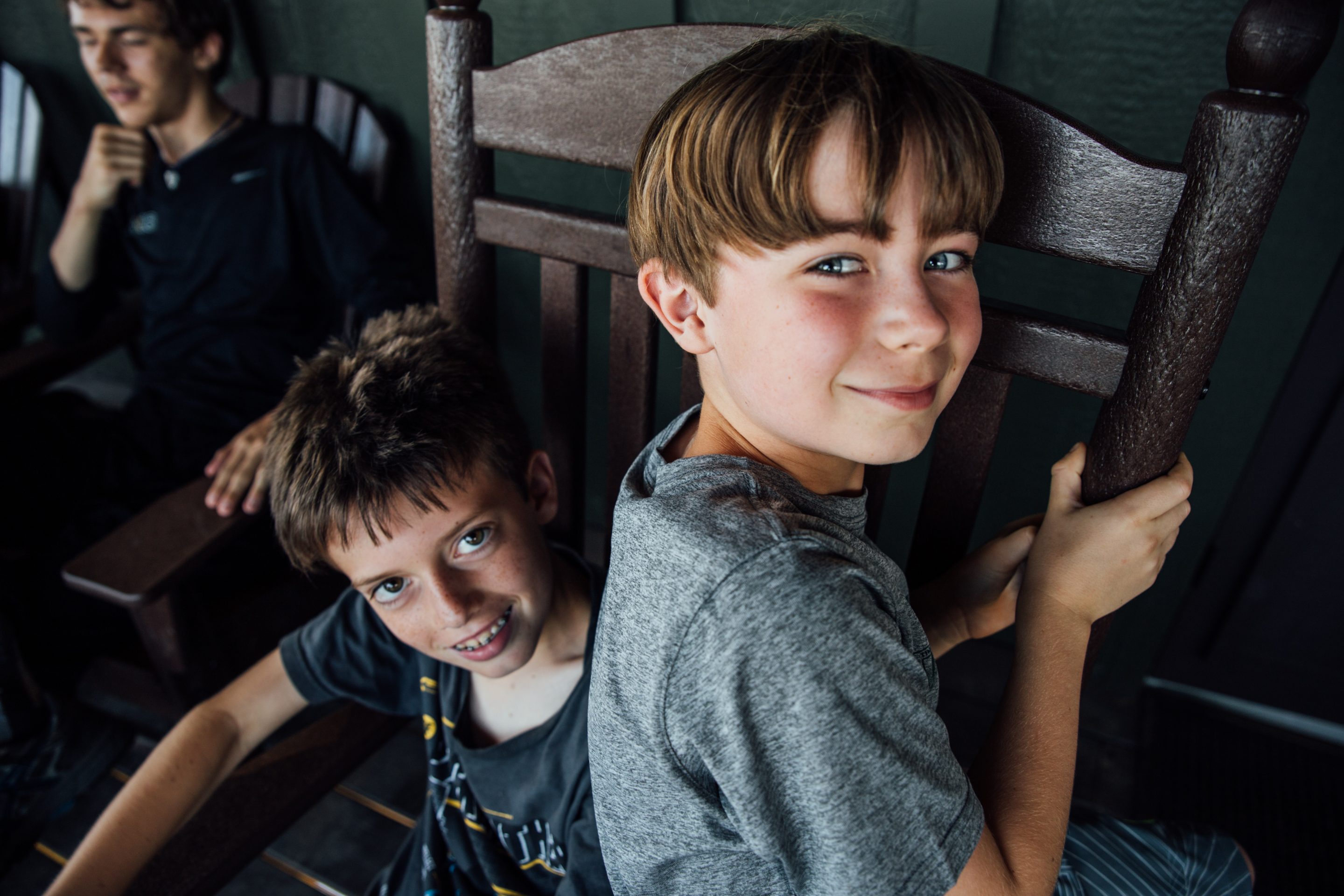 It was another hot sunny day at Camp Timberlake with a little rain in the afternoon but mostly sunny skies. The campers had egg burritos for breakfast and then went to chapel where counselor John H. told a story.

During climbing class, the campers worked on their movement and weight transferring skills on the boulder wall. They all also worked on proper spotting form. Many of them had the opportunity to climb again at free time to work on their bars. Just down the road on the lake the backpacking class learned about the importance of water filtration and different water filtering methods commonly used on trips. The cooking class in the big house made some delicious barbecue chicken pizza that many campers and counselors enjoyed, while the guitar class sat on the porch and progressed in their guitar skills. At both the riflery and the archery ranges campers worked on getting their groupings of arrows and bullets in order to earn a bar. Some of the campers in the paws class got to take the puppies for a walk, which both the campers and the puppies were thankful for. The mountain biker’s got to work on their brakeing skills and the kayakers had races across the lake and practiced different kayaking movements.

The upper cabins got to have a free swim during free time today, and even though it rained they had a blast jumping off the dock and getting blobbed. Other campers worked on bars during free time and enjoyed their snacks from the Trading Post. At lunch, both tribes were able to celebrate a win from the games last night.

Tonight the campers are attending the Little Chief ceremony where those who have excelled in activities and in character will be recognized. After that they will split into tribes to compete in a shaving cream war. Many campers excelled in their individual activities today and earned bars. James A improved on his breaststroke in swimming and Brodie B earned his bronze in kayaking. Eliot D started down the road to bronze in riflery while Richard B received his bronze today. Britt F and Liam and Mateo B achieved bronze in airsoft. Richard G began working on the requirements for gold in rock climbing, and Hunter S fought through a number of difficult and grueling challenges to earn his gold in wrestling. There are multiple trips happening today and within the next few days like rock climbing and backpacking. The campers are continuing to have fun with their activities and the their time at Camp Timberlake.