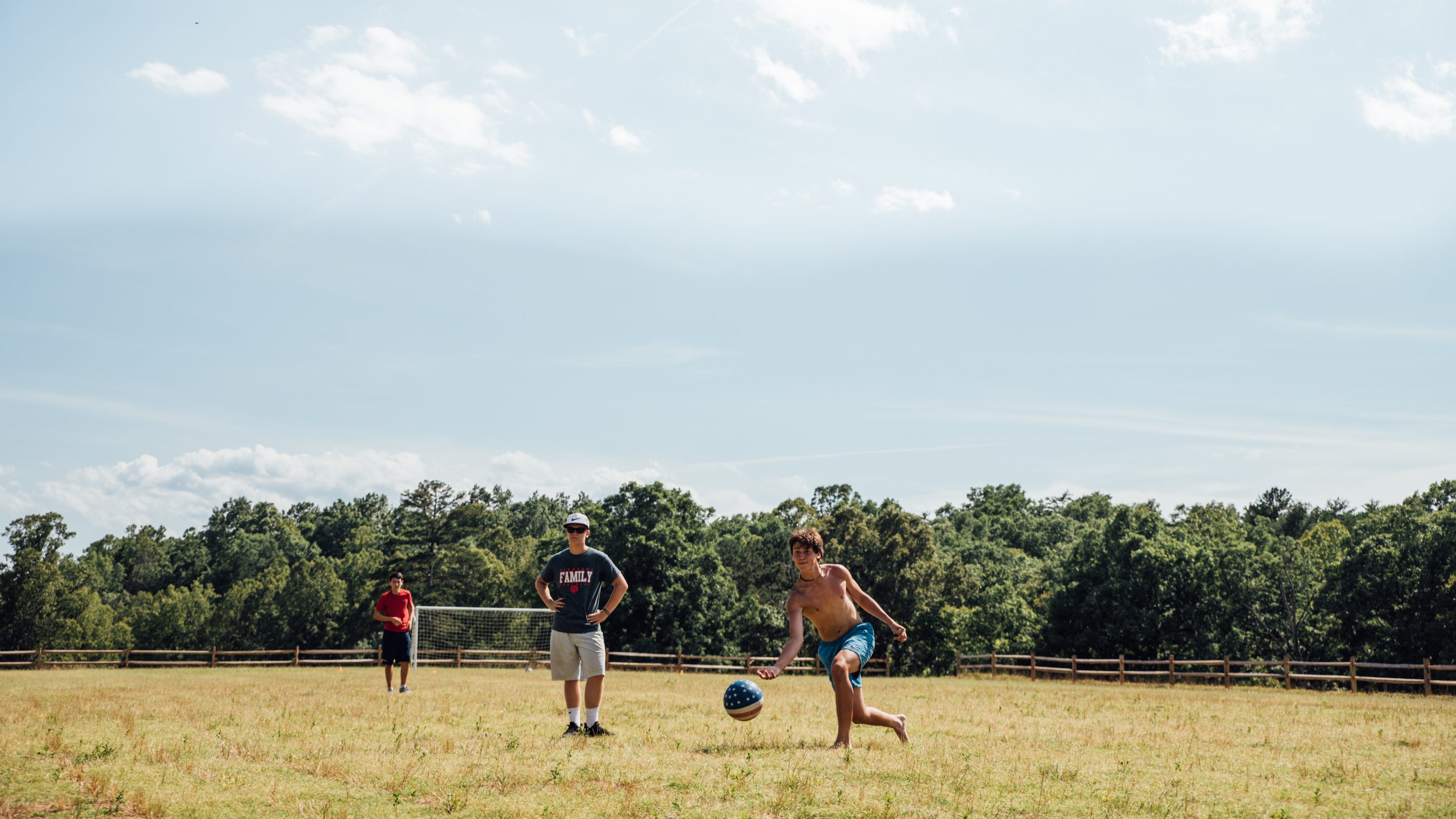 Another day at camp started as campers, tired from the shaving cream war and slip n slide from the night before woke up. After a breakfast of chicken biscuits and the morning yell, the campers went to chapel where they sang and listened to a message from Carter B.

Today was an especially big day for our expedition staff as we had a large number of campers out on trips. Timmy M., Mateo B., Liam B., Garrison B., Miles B., Adriano B., Wyatt M., and Reid P. all went on an amazing climbing trip to the rumbling bald. Mason B., Hunter S., Graham R., Khari D., Henry B., and Jake L. all kayaked section 9 of the French Broad. James K., Grayson L., Reid P., Tanner S., Michael T., and Maddox N. went on a fly fishing excursion . And Hugh S., Davis M., Sam A., Mitchell G., Coburn B., Ryan O., Coleman H., Phillip W., Alex E. all returned from an overnight backpacking trip from Hawksbill, Table Rock, and the Chimney’s in time for a lunch of jambalaya and cornbread.

Campers that were still in camp today got the added benefit of smaller classes with more focused instruction. Austin S. and Ryan G. finished their coil pots and started working on some soap dishes in pottery. In rocketry, Jason H. started working on a spare parts rocket, and during the fourth period, campers got to put their rockets to the test by launching them. In guitar, Alex E. and Julian W. learned how to play the songs we sing in chapel. In kayaking David F. learned how to perfect a combat roll.  In riflery, William B. got his first bronze grouping. Topher C. worked on his breaststroke in swimming and it looked really good. During mountain biking they continued to work on and improve the neutral and ready position by riding the pump track and the crooked mile as well as riding around camp. We also had a lot going on during free time. John Menendez, Will and Joe. took on some campers in some three v. three basketball.

There also was a fencing tournament. Jonah O. won the tournament and Brit C. got his bronze bar in fencing as well. Campers who were not at the mark playing basketball or fencing were at the bike shop where they had an open ride on the pump track.

By dinner all the campers were back safely, and after a dinner of chicken nachos the camp will have aquafest for the evening activity. Campers from the two tribes will compete in a number of competitions that take place on and in the lake while their teammates cheer them on from the beach. After aquafest the upper cabins have a lot of fun evening activities. Greybeard is raiding the trading post (shh don’t tell anyone), Big and Little Slaty are having a free swim, Stompers Knob is playing archery tag and Big Piney is having a bonfire and making s’mores on Spyglass Hill.