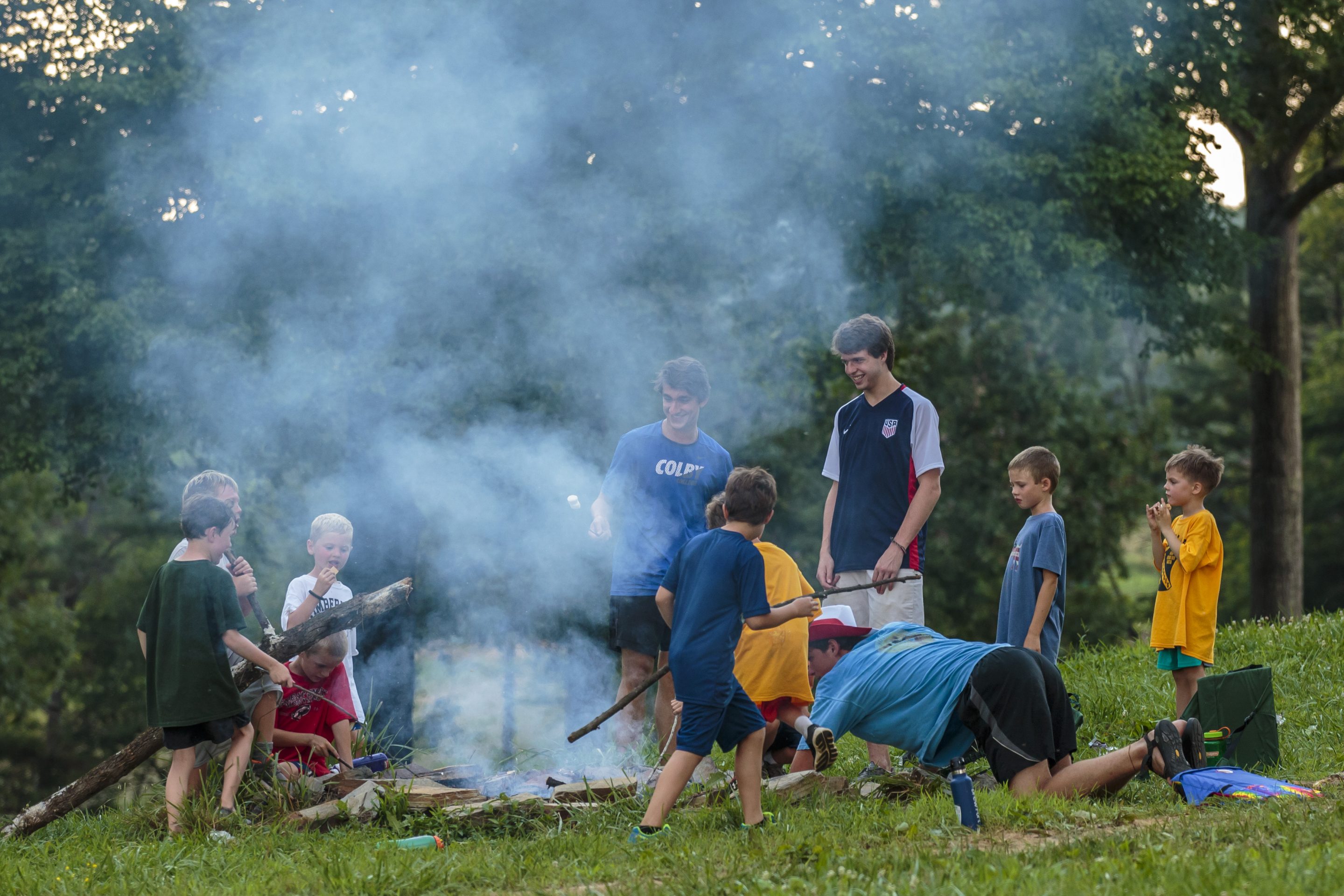 Happy Independence Day from Camp Timberlake! The sun rose over the Blue Ridge Mountains on another exciting day at camp. But this was no ordinary day—today was a celebration of America’s Independence! We started the day with a breakfast of waffle sticks, blueberries, and strawberries (red, white, and blue!), followed by a patriotic Morning Yell. Austin S. (program staff) shared a True Story in chapel about how man is lost, but God comes and rescues us. After a thorough cabin clean up, it was on to our morning activities.

After a delicious lunch of chicken fingers, “freedom” fries, and fresh fruit, the Sultan of Fun announced the winner of Pirateball last night: The Iroquois! The campers of the Iroquois tribe sang their tribal fight song and hymn in victory. Then the whole camp was treated to red white and blue popsicles to celebrate the 4th of July.

In addition to our in-camp activities, we had some campers out on some exciting trips. Miles S., Jake L., Spencer M., Andrew T., Max C., and Ben C. went on a kayaking trip to the Tuckaseegee. Gresham C, Greyson E, Trey O, Ben C, and Preston M went on a fly fishing trip today.

After a delicious dinner of turkey, mashed potatoes, peas and brownies, tonight’s evening activity was announced: Cabin Night! This is a night where each cabin’s counselors plan activities for their campers to do as a cabin. The activities were as follows:

Further Up: Campout at backpacking hut with s’mores and hot chocolate

Further In: Swimming at the Boyd’s pool

Little Slaty: Luau at the beach

As I write this, the cabins are winding down their activities to close out another action-packed day at camp. Thank you for sharing your sons with us this summer.