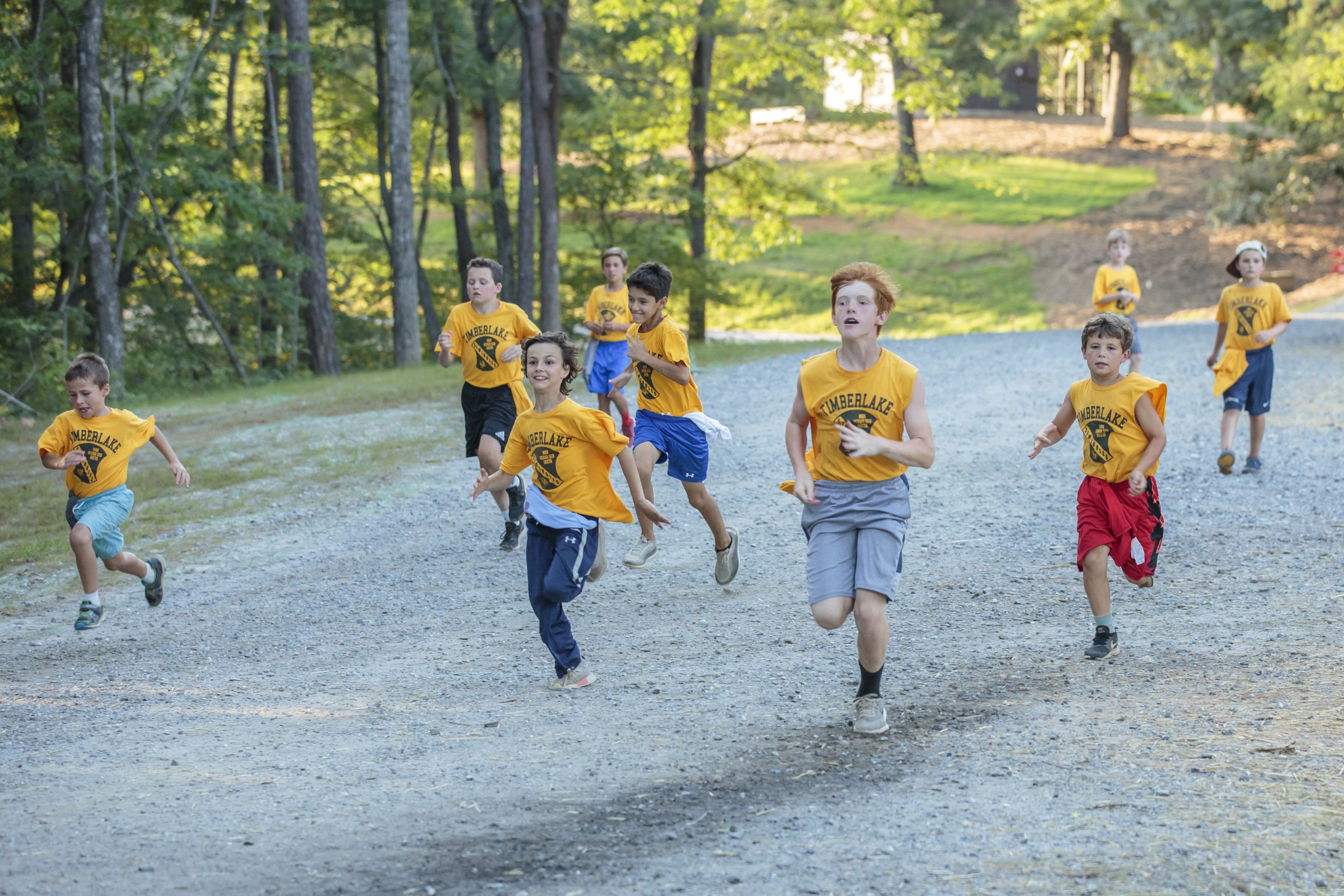 “Wake up Camp Timberlake! It’s a new day!” rang through the cabin area as the mist rolled across the top of the lake on this cool, mountain morning. Campers awoke and shuffled from their cabins down to the Tuck for a sweet and hearty breakfast of french toast sticks and sausage. After devouring breakfast, the men were ready to “head outside for the Morning Yell” and “raise their voices to the heavens!” as we do every day here at Timberlake. Now fully energized from the Morning Yell and properly fueled from the meal, most of our campers and counselors hurried up the hill to the Mark for chapel, but a few stayed behind so they could leave for some awesome trips! Chapel began with Camp classic songs including “The Banana Song” and “Blessed be Your Name” and ended with a highly entertaining, yet equally important true story from Cabin Area Director Andrew D. answering the question “who is man?” and conveying our need to be rescued by Christ from our sin. When Chapel ended it was off to the cabins to clean the cabins and compete for the Golden Plunger– an award that goes to the cleanest cabin at the end of each session.

However, by 9:30 everyone was ready for a productive day of activities. In Kayaking, Seth B. took his next step to becoming a great paddler by mastering his roll. Up on the Paintball course Nathan G., John S., and Mateo S. all earned their bronze bar while Chase G. earned his silver in Airsoft. Finally, in the Mark Gresham C. and Logan B. both stood out in a highly competitive basketball class full of our older campers. As all of this was happening the kayaking overnight trip to the prestigious Camp Cup was beginning. Miles S., Jake L., Max C., and Adam V., all began to race down the Nantahala River in the first series of competitions in the two day event. Mountain Biking also took out an overnight trip that started by riding the camp trail here at Timberlake. After completing that in the morning, they headed to Merri-Mac to ride the Tomahawk Trail and campout.

After a full morning of earning bars and learning new skills, everyone hustled down to Lunch in the Tuck. Ham and cheese sliders and french fries were the cuisine today that earned the kitchen staff a standing ovation with chants of “Thank you kitchen” from everyone present.  After the meal John announced the scores for cabin clean up, today the winner was… Big Slaty!!! Then it was off to “the best time! Rest Time!

It was a peaceful 30 minutes of rest time, but as soon as the bugle sounded, campers flew down the hill to Trading Post to get a drink and a snack. During Free Time, many played games including tetherball, thunderball, and frisbee, others still worked on bars and skills in the several activities that opened up: at climbing Davis M. and Connor G. both completed part of their gold bar by completing a “mock lead climb.” Over at backpacking Will M. and Oren S. both successfully started a one match fire!

At the end of free time the sound of the bugle cut through the air to signal the beginning of afternoon classes. Swimming had an extremely productive afternoon as Neil R., Ben S., Dylan D., Trey D., Rylan S., and Mason S. all earned their bronze bars today! In Airsoft, Javier R., Paolo C., and Gavin W. all earned their bronze as well! Over at the Mark in fencing, Julian A., Sam O., and Walker C. got their bronze while Gavin B. got silver!

As activities wound down for the day, camp enjoyed a meal of chicken alfredo and roasted vegetables for dinner with brownies for dessert! After eating and cleaning their tables, campers eagerly awaited the announcement of tonight’s evening activity. They waited on the edge of their seats to hear the iconic “Annnnndddd Nooowwww!!!” as the Sultan of Fun took down the red helmet, put it on, and ran around the Tuck to the sound of shouts and cheers and beating on tables. As he jumped off of a bench on to the floor he shouted “Search and Destroy!” Campers and counselors alike reacted with pure joy and cheers. Campers quickly went and got ready for a great Tribal competition in the search for different bases and one “big bomb.” It was a tight battle till the end and we are all waiting in suspense until the winner is announced tomorrow at lunch! As the evening activity wound down and the tribes merged back into one Camp Timberlake and headed back to their cabins to regroup and head out for cabin time around various fires and activities… someone may even raid the Trading Post tonight! It was another great day here at Camp full of growth and adventure. As Taps sounds across camp and campers crawl into bed, they are being read the story of a Camp Timberlake legend– Cowboy Joe, but more about him tomorrow!