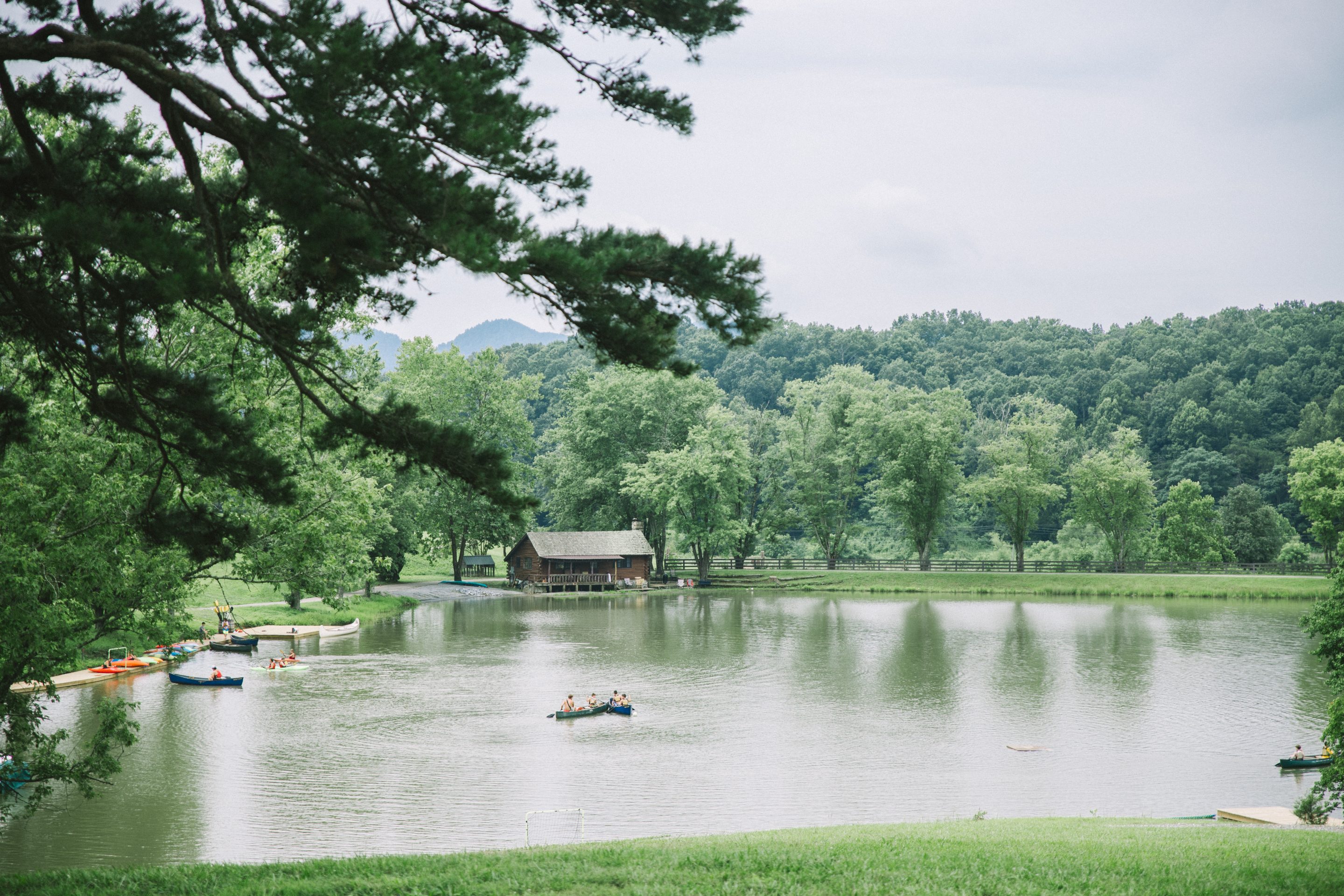 In the chilliness of the morning, the boys of Timberlake arose and shuffled to the Tuck for breakfast. The clouds were shrouding our mountains in mystic loveliness, signifying the start to another day here at camp. Hungry and excited for the day, campers and staff alike were ecstatic to see French toast and bacon for breakfast. After stuffing ourselves silly, we gathered together outside the Tuck for our daily tradition, the Morning Yell!

After exhausting our lungs as one Camp Timberlake, campers hustled up to the Mark for a chapel. We sang some favorites like 500 miles, a classic song here at camp. Next, Carter Boone gave a True Story. Carter told a story about when he was about 6 years old, he would dress up as a pirate every single day. The costume had everything, an eyepatch, tattered clothes, and even a parrot on his shoulder. He realized later in his life that he loved pirates because of how fierce they are. He related his desire to be fierce to God’s fierce love for us.

Cabin cleanup is next on the docket after chapel, where campers get to join together with their cabin mates and vie for the sub-ultimate prize, the Golden Plunger. Campers get assigned jobs that range from setting tables at meals, cleaning the toilets, and sweeping the floor.

Next were first and second period, where campers finally get their schedules and get to crush in their favorite activities. In pottery, Charlie S. made an impressive whale-like animal pinch pot. Other campers made pigs, spiders, dinosaurs, dogs, birds, turtles and many other animals. In fencing, Juan T. won his first-ever match and was very excited. In kayaking, Jake T., Charlie O., and Max S. got their rolls in the first class–great job guys! And best of all, it was Max’s first day in kayaking ever. Henri FP. earned his bronze in wrestling for learning his double leg takedown, sprawl, and referee’s position.

We are really excited to see how the summer progresses for all of our activities, but we need the nourishment to get us there. So onward to lunch we go. We had some delicious Monte Cristo sandwiches with curly fries and pasta salad, and ohh it was good. Lunch is our most busy meal time, so we got visits from Mr. Hydration, we learned that Big Piney won cabin cleanup, and staff told campers about some awesome trips coming up. But the most important announcement was who won sock war last night, because each evening game counts towards the ultimate prize, The Banner. After a long drumroll, the Sultan of Fun announced that the Iroquois won sock war in an impressive show of strength.

After lunch, we elected tribal leaders and learned our special tribal chants and hymns. For the Seminoles, the Chief is Geoffrey M., the Medicine Man is Carson H., and the two Lookouts are Ben C. and Grant S. For the Iroquois, the Chief is Archie D., the Medicine Man is Parker C., and the two Lookouts are Diego T. and Wes D. Congrats to our tribal leaders!

After rest and free time, third and fourth period began. In the activity of Improv, instructor Andrew D. said that Jackson D. shows a lot of promise and Dylan C. is very excited to get rolling in that class. In climbing, Henri FP. flashed the gold route on the climbing tower (flashing is getting a route on the first try) and Daniel Y. crushed it as he always does, impressing campers and staff alike. In canoeing, DJ A. and Troy A. “killed it and learned their draw and pry strokes” according to instructor Jameson E.

Finally, after a full afternoon, campers bustled to the Tuck to eat spaghetti and meat sauce for dinner. Everyone laughed and had a good time, but deep down they were preparing for the game that lies on the other side of that red helmet. Director John M. quieted the dining hall so that a single ant could be heard 20 feet away. The anticipation for the announcement of the evening activity was killing us. John stalled a little bit more until he began the usual…”AND NOW,”signaling to the Sultan of Fun that camp was ready!

Winston H., the Sultan, ran to grab his red helmet. Huckleberriers and Greybearders alike screamed at the top of their lungs. The Sultan circled the Tuck tables, getting patted on the head by Stompers and Further campers on his way by. He screamed, we all screamed. He leaped onto a chair, the noise growing louder. Finally, he jumped off the chair and the camp went silent. “Great Escaaaaape” Winston belted, followed by the cheers and high fives from campers excited to win the next point for their tribe.

Today was an awesome day at camp, the first full day for Session 3A. To learn who won the game tonight, tune in tomorrow! As always, thank you for reading and have a great night.

The University of Alabama, Roll Tide