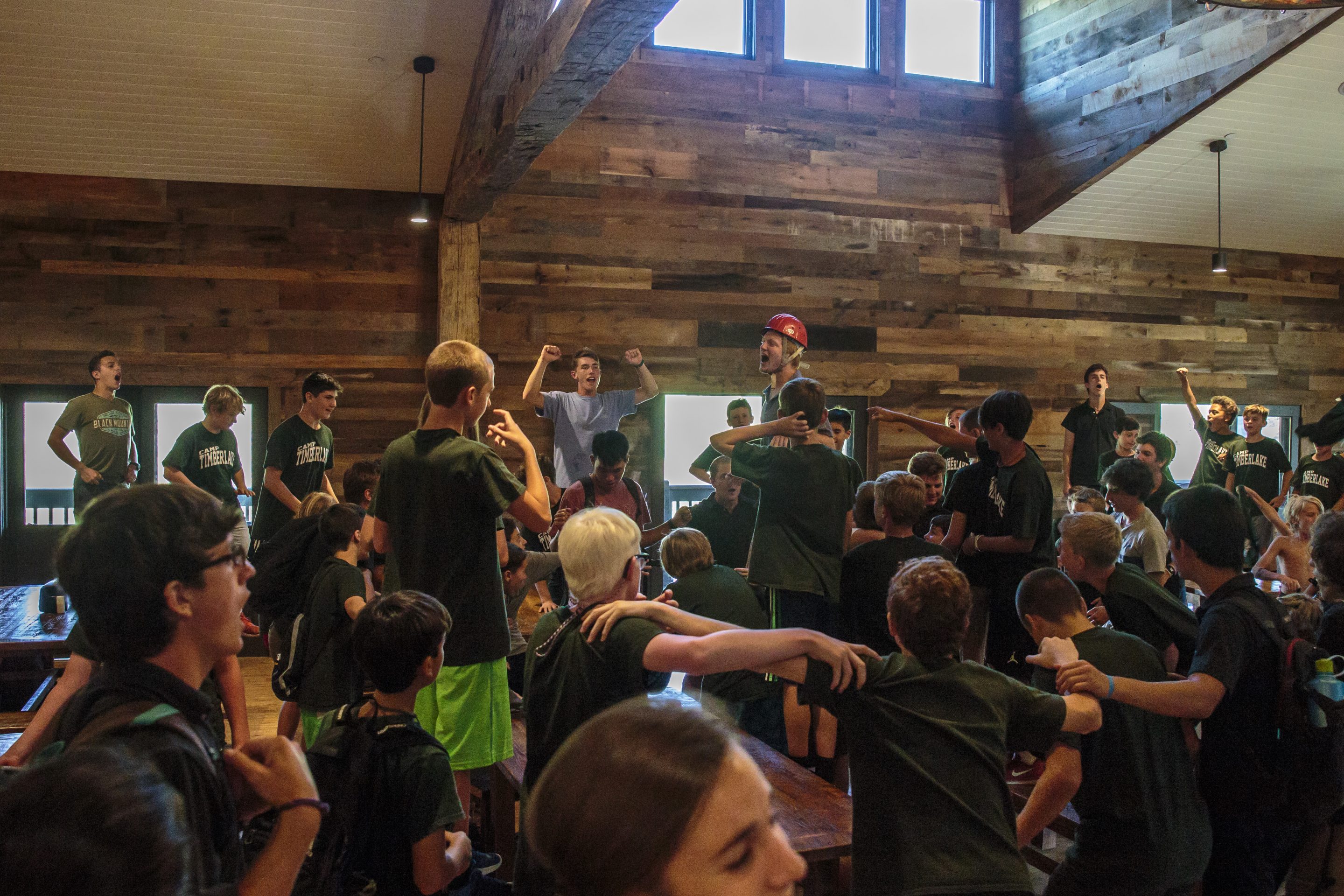 It was a gorgeous Sunday here at Camp Timberlake to kick off the first full day of session 3B. Campers headed over to breakfast where we had delicious cinnamon rolls, fruit, and cereal. After the morning yell, we went to chapel to do our daily worship. Chapel was exciting and full of good vibes. We sang various songs, including the Banana Song, Anchor For Our Soul, Star of the Morning, and the Camp Hymn. Chapel ended with a True Story by the camp director John M. After the inspirational message, campers went to clean their cabins to work towards the Golden Plunger.

What a productive day it was for the 3B campers’ first day of activities. Basketball started off well; all the kids were super pumped to develop skills. There was a dribbling relay race where Aaron S. and James C. did an amazing job!

In climbing, Keegan K., Ted Q., Will G., and Henri F.P. worked on their gold bars and did a mock lead climb. Henri F.P. also earned his silver in archery. In riflery, there was a free shoot. Parker C. worked to finish his gold by winning the range. The campers were so excited for lunch when the found out we were having stromboli–definitely a camp favorite! When the tables were cleared, we learned that Stomper’s Knob won cabin clean up with a perfect ten! Stompers Knob is the first cabin of the three sessions to earn a perfect score of ten on the first day of camp. Great job, guys!

After all the lunch excitement, the campers all headed over to the best time which is rest time, and then to a free swim. Campers had such a great time swimming at the beach! After the free swim, campers headed to third and fourth period. Daniel A. and Connor O. earned their bronze in guitar. After third and fourth period, we took the all camp photo and headed to the Tuck for another amazing meal! This time, we had fried chicken, mashed potatoes, green beans, apple turnovers for dessert. Dinner came to end and the anticipation built up to hear about the evening activity–it was battleball! Everyone jumped up and down full of excitement ready to play this awesome game. As I write this, the Seminole and Iroquois tribes are battling it out. Wondering who will win? Check back tomorrow!