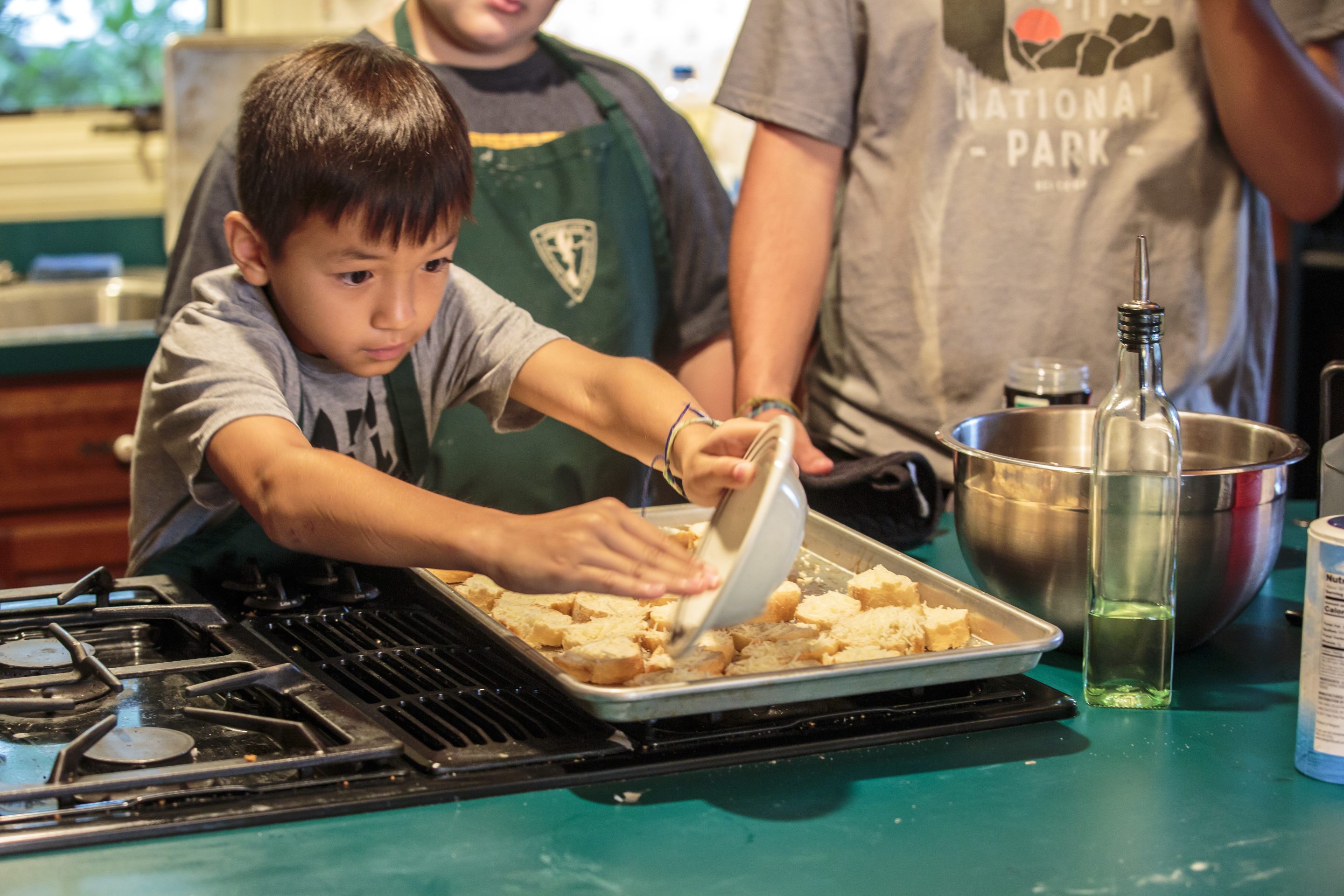 Just as every other morning here at camp, today started off with the familiar chime of reveille as the guys arose from their slumber. As the boys would soon find out, today’s breakfast was the legendary camp favorite, Geometry Breakfast! Who said math couldn’t be fun…or edible?

Once the yummy shapes had been devoured it was time for the morning yell. The loud cries rang throughout the camp just before everyone made their way up to chapel. “Give me oil” received quite a few extra verses than normal, and Tim M. gave a great true story about how we as people are lost but God helps us find our way back.

Today was a great day for activities. So many of our guys made advancements in the bar systems. Theo T. got his bronze in fencing, Shailen Z. completed his gold level rocket, and Archie D. led a team of campers to victory in a basketball game against the staff! Also, the whole cabin of Stompers Knob went on a cabin backpacking trip to both Hawksbill and Upper Creek Falls. Stompers Knob also somehow pulled off a win in cabin cleanup despite not actually being at camp…collusion…I think so.

Being that it is Tuesday, and Taco Tuesday happens to be on Tuesdays, today’s lunch was the camp classic Tacos in a Bag! Definitely one of the favorite meals here at Camp Timberlake. Such a genius idea if I do say so myself. Even better, when the meal was over camp found out that the Seminoles won last night’s Search and Destroy! Go Noles!

With such a filling meal, rest time was a must. After a rejuvenating nap, the guys were back out for more fun filled adventures. I heard there were a few spike ball games going on at the beach. Rumor has it that the Kayaking staff lost to John M. and Nick L.

After free time it was back to normal activities. The guys in cooking learned how to make a taste of Italy by making bruschetta. Mountain biking continued to shred the gnar as climbing kept pushing higher and higher in their adventures.

Once the activities were over, the guys made their way down to the tuck for dinner! Tonight we had chicken and dumplings with the best dessert ever, S’more Pockets! When the food was gone and the tables were clean, the classic “And Now…” rang loud and clear throughout the room. The excitement level raised to eleven. Eleven, exactly! The room went crazy! Tonight’s game was announced as Mission Impossible!

Tonight the two tribes will battle it out to take control of various stations around camp! The team with the most stations captured at the end of the game wins. I have hope in our Noles, but we’ll have to just wait and see!

P.S. The rumors are true. We did beat Kayaking staff. Ha.