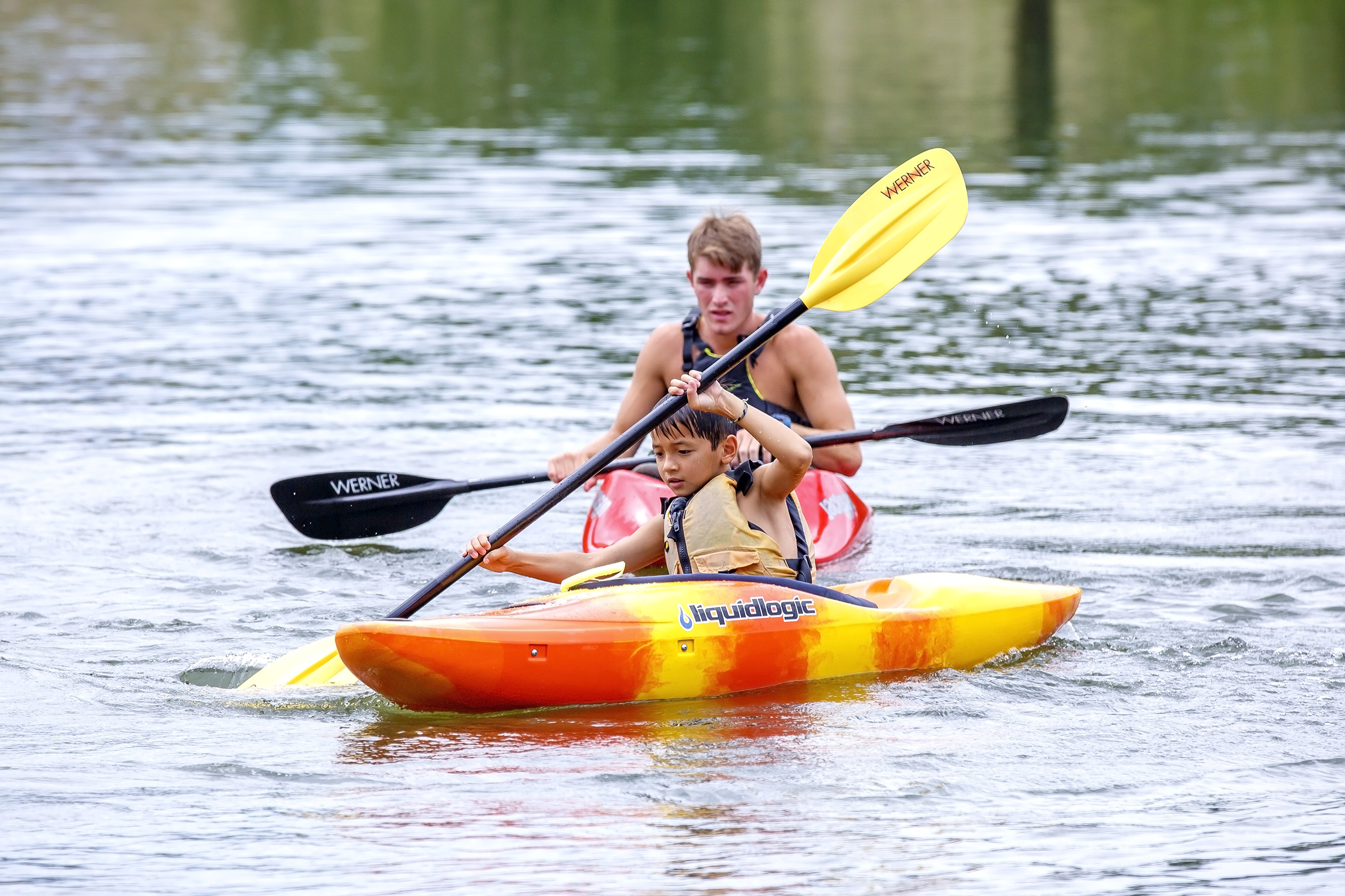 Welcome back to Timberlake Camp News where we want to remind you that Rain or Shine we are going to have fun in the sun 24 hours all the weeks your kids are here.

As the yellow sun rose on a mystical misty morning here in North Carolina the cabins of Senior Hill and the Junior Valley awoke energized after last nights game of Mission Impossible. We rushed down to the Tuck, and were excited to see sausage patties, and fluffy discs of cake with syrup on top this morning.

As most of us rushed to the Mark for Chapel with a true story from Ben R. a few adventurous campers stayed behind to go out on some amazing expeditions outside of camp. Out on an epic mountain biking trip Enrique D., Andres D., Will G., Spencer VG., Corey H. and Jacob W. shredded the Tomahawk trail today. Dash V., Ben A., Phillip S., Geoffry M., Sebastian O., Drew S., and Henri F-P. went full send down the Tuskegee. Out skiing Lake James were watermen Zach C., Charles B., Brenden D., Logan M., Aaron S., and Keegan K.

Back at camp, the boys were having a wild and wet time as it rained today, and we had an exciting time in our activities. In Fencing, Joey B., Xander S., and Isaiah M. all earned their Bronzes. In Rocketry Aiden H. and George P. finished their level one rockets. In climbing today EJ B. learned his figure eight knot and Will G. and Ted Q. learned their anchors putting them one hold closer to their Golds. Geoffry M. learned his combat roll today in Kayaking. Mountain Bikers learned how to care for the trails that allow them to shred through the hills and trees. In Backpacking the boys learned how to set up rain tarp shelters in the rain. In Riflery Parker C. and Dylan C. learned how to both field clean and deep clean the firearms they’ve been using on their Golds. In Archery today the boys learned one of the most necessary skills of archers which is how to add the rain into your shot and still shoot accurately.

Following our morning activities, we had an awesome lunch of chicken fingers and fries. While in the Tuck we learned that the Mighty Iroquois had made the mission possible by winning Mission Impossible. Then headed on down to the cabins for “the best time…rest time.”

As rest time started to come to an end and the boys headed on to the Trading Post and to open activities. Today was Wacky Wednesday in Riflery where the boys could bring their own targets and those that were supplied by their counselors. Also open today were archery, basketball, and guitar.

At dinner, we found out that the Upper Cabins were to play BingBall, and the Lower Cabins had the first ever lower cabin decathlon. For those of you who haven’t yet learned BingBall is Timberlake’s own blend of dodgeball and handball, and the decathlon is a tribal game consisting of several small skill trials.

We have several brave men going out for a Solo 13 tonight which is an overnight trip for boys over 13 to test their ability to survive overnight in the woods. Heading out for Solo 13s tonight are Micah M., Spencer L., Dylan C., and Connor B.

Anyway, the red sun is starting to set on the Mark, and I need to go join the decathlon. Thanks for reading.