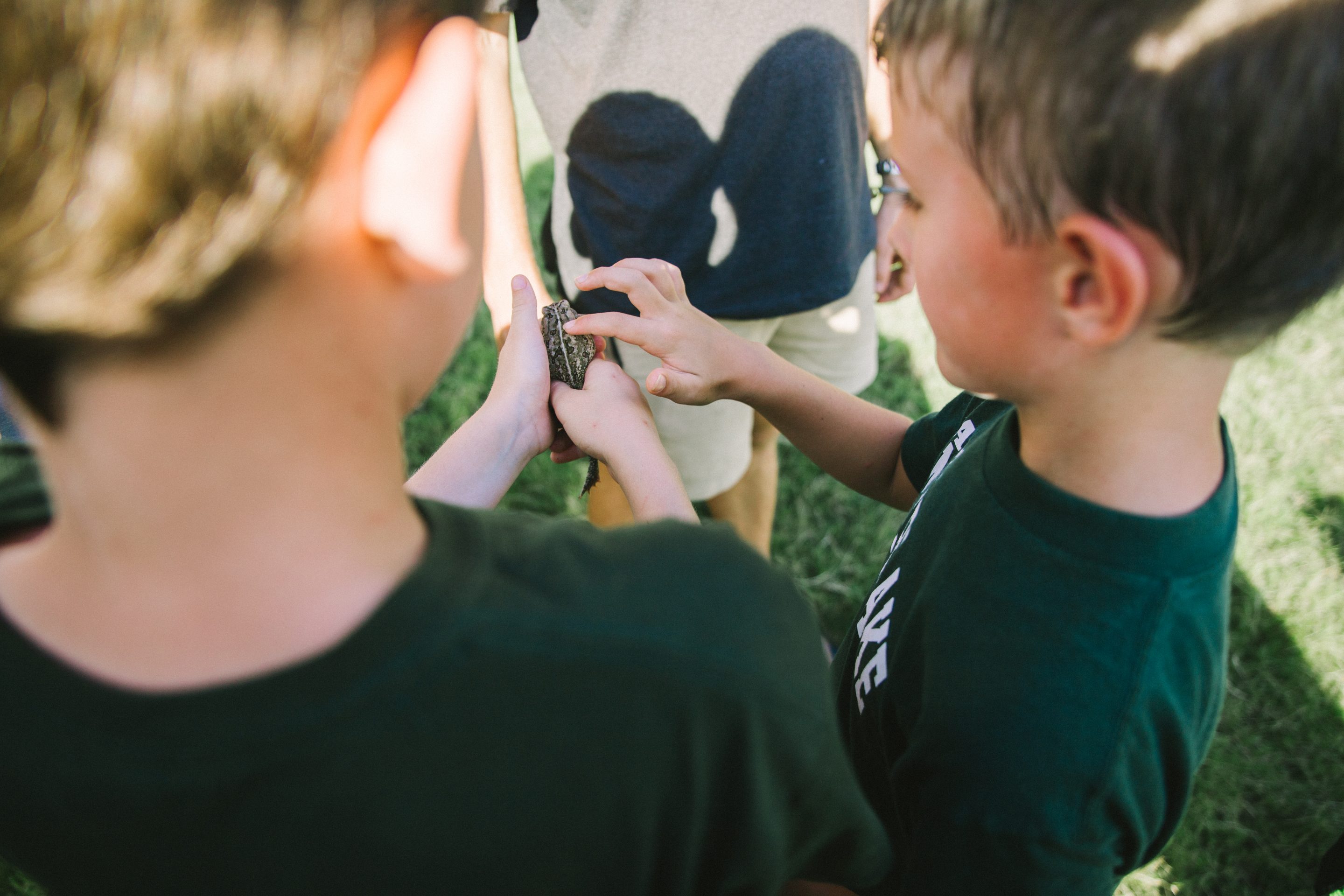 We had an awesome Sunday here in Marion, North Carolina. Sunday’s are a special day here at Timberlake. As the day that God rested, we also take the day to rest with activities that, while still exciting, are slightly more leisurely in nature which include: sandcastle building, fort construction, frog catching, running a canoe bridge, and Sunday at The Masters (disc golf).

The day started as the yellow sun rose on the cabins of Senior Hill and the Junior Valley woke up from their slumber to the scent of cinnamon rolls drifting from the Tuck.

At the Tuck, we learned that Archie D. and Daniel Y. had been pulled for Little Chief last night. After our awesome breakfast, we headed to the Morning Yell, and then on up to the Mark for chapel. Chapel goes a little differently on Sundays. Just like normal we sing, but then instead of a True Story, the counselors pray for each of the kids in their cabins. After chapel we headed on down to the cabins for cleanup, and we took cabin photos. Be sure to check those out!

After cabin cleanup, we had a fly fishing trip head out to North Mills River Campground in the Pisgah National Foreast. These fisherman included Dylan C., Brendan D., Jack A., and Walter S. who caught a large brook trout.

Those at camp chose to rest in their hammocks and participate in our Sunday activities. On the beach, Alistair S., Andres D., Enrique D., and Philip S. were the champions of the castles. Our masters of fort construction on the crooked mile were Ben A. and Chase S. Peter B. conquered the canoe bridge crossing with a steady pace. Like gentlemen, Archie D. and Carson H. won Sunday at the Masters.

Those with sisters at Merri-Mac met up with their sisters for the first ever Siblings Free Swim. During this time, the rest of camp headed to the Tuck for a nutritious lunch, and to learn about the Seminoles’ victory at Pirate Ball last night. After their free swim, the brothers and sisters had lunch together.

After lunch, we had an active free time with several open activities. Grey B. earned his one match fire at backpacking. In fencing, William I., Reynolds A., Quinn S., Noah W., Eiji T., Logan M., Carson G., and Jeffrey C. earned their bronze, and Henri F.P. earned his silver. In swimming, EJ B. earned his bronze and Lucas Z. earned his gold. Dylan C. earned his bronze in airsoft. In guitar, Michael F. and Connor B. got one fret closer to their silvers. Basketball had an exciting afternoon with Aaron S. besting our instructor with a Hail Mary half court shot, and Evans T. and Austin Y. earning their bronzes. Congrats to everyone!

Following one of the most relaxing afternoons, we headed up to Spencer’s Green for a cookout of burgers, hot dogs and my personal favorite, the kale pasta salad with sun-dried tomatoes. After an awesome meal, we went to the Mark for Vespers,  which is a series of skits and a concert by a Timberlake favorite, The Black Mountain Oysters.

The Iroquois and Seminoles are playing tribal soccer as I write this, so be sure to tune in tomorrow to find out who won.

With the sun setting on the Mark, I’ll see you next time. Thanks for reading.