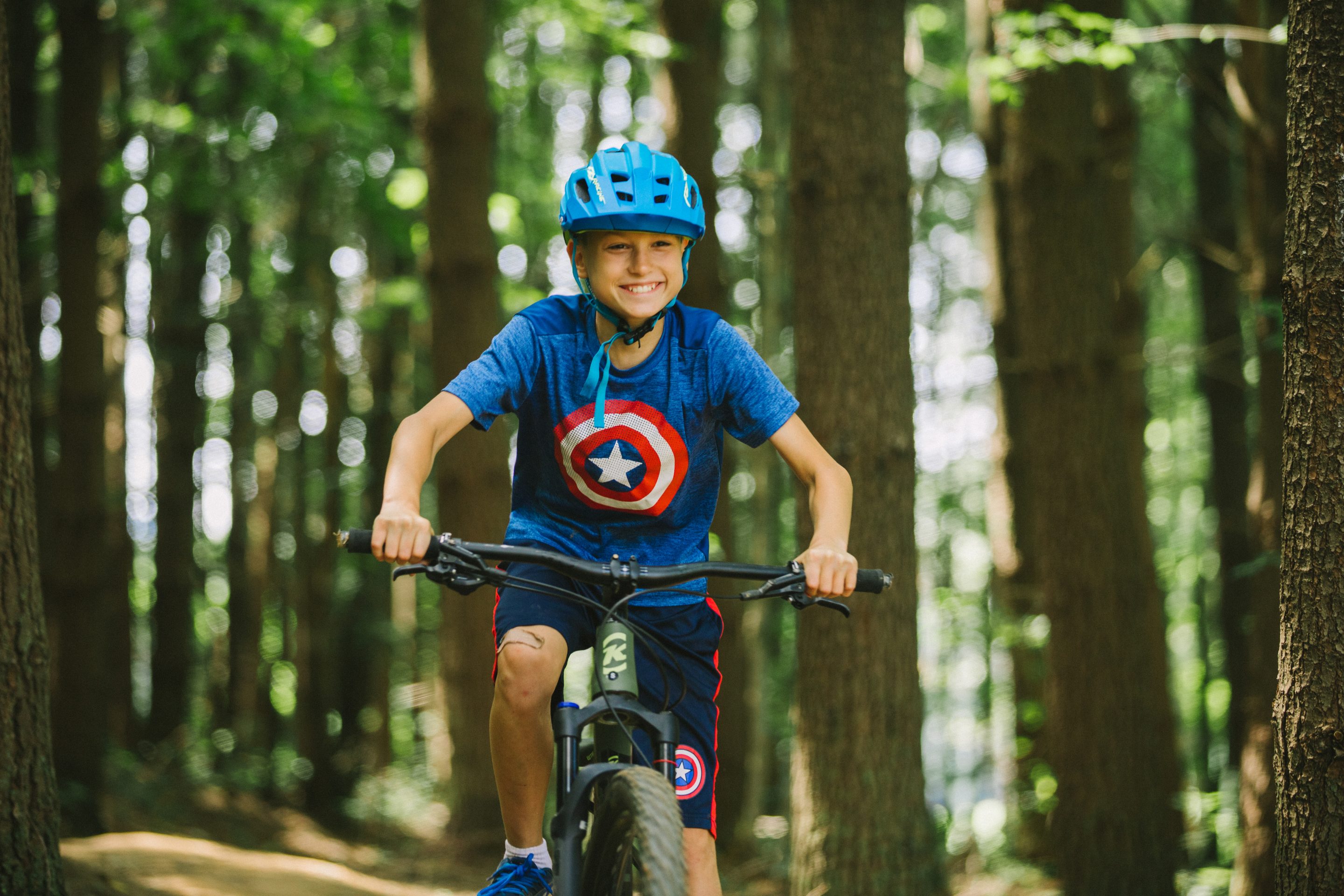 As reveille echoed through the hills of Camp Timberlake, cabins hit their wake up playlists and got up ready for another great day filled with growth and adventure! Everyone headed to the Tuck for a camp favorite breakfast–sweet french toast sticks and savory bacon. Everyone except Greybeard that is. Our oldest campers were preparing to go off camp on their annual Greybeard Trip. In chapel, we had a great time singing straight from “Chapel Songs Greatest Hits Collection” with songs including “On Jordan’s Stormy Banks” and “Pharaoh Pharaoh.” Stomper’s Knob counselor Luke M. gave our True Story this morning and related a story about his car getting stuck on a camping trip and having to be pulled out by someone else to how we need Jesus to pull us out of our sin. Then, it was off to cabin clean up where the race for the golden plunger continued today with Big Piney coming in first place with a 9.75 on a scale of 1-10!

Cabin clean up ended and activities began. It was a very productive morning with backpacking going on a nature walk through the 100 acre woods (that’s not just a Winnie the Pooh reference, there really are 100 acres of woods to explore!) on the backside of camp property while Lucas Z. honed his marksmanship skills in riflery class. Up at the Big House in Guitar class, Will S. shredded some chords and learned to play a new song!

Soon enough, lunch time was upon us! As the setter’s bell tolled, everyone hustled to the Tuck yet another camp favorite meal–mini corn dogs and mac-n-cheese! When the meal was over and everyone’s bellies were full, something very important was announced…the winner of Tribal Soccer. It was an intense match that ended in penalty kicks, but in the end, the Iroquois emerged victorious! “Ooh man, that was super intense, reminds me of some of the college games I have played in!” Iroquois coach Justin H. said. After the Iroquois sang our fight song and hymn, several counselors put on a skit of some of our favorite characters. The skit was a hit, but it ended in a MAJOR cliffhanger and left everyone eager to know what happened to our heroes Action Jackson and Vertical Jones.

Lunch wrapped up and everyone headed to their cabins for what we like to call “the best time, rest time!” As soon as the bugle rang out across camp after rest time, there was a stampede from the cabin area towards the beach for the ever coveted Trading Post and Free Time. Campers came and got snacks and drinks and hung out on the beach playing spikeball, tether ball, and other great activities. During this period, Connor B. won the fencing tournament that Rawson B. was hosting for his gold bar.

The day marched on as the bugle sounded again signaling our transition from Free Time to our afternoon activities. In Improv, Michael A., Shailen Z., and Spencer V. all earned their silver bars and Enrique D. crushed the time record on the pump track in mountain biking. Phillip S. finished his silver in backpacking when he started a one match fire this afternoon. Overall, it was a very full, very fun afternoon had by campers and counselors alike.

As fourth period ended, we walked down to the Tuck telling everyone how our days had been. Our streak of great meals continued as we had chicken alfredo! At the end of the meal, it was announced that our evening activity would not be one of tribal proportions, but instead, it would be Cabin Night! Instead of competing tonight, we took a break to enjoy the company of our cabins participating in activities like campfires and s’mores with a campout, a camp-wide scavenger hunt, or a free swim and a trading post raid!

While all of this was happening on camp property, we had a couple of awesome trips out today! Mountain biking took an advanced trip to DuPont which has some world class trails. Brayden C. excelled and shredded a gnarley, technical section of trail. The other trip was the infamous Greybeard trip. Each session, the men of Greybeard head off camp property to enjoy a day of adventure and community, and today was no different! The day started by making their own pancake breakfast, continued with a trip to Hooker Falls outside of Asheville to swim and jump into the swimming hole off of some sweet jumping spots. After getting the ever delicious Cookout for supper, Greybeard headed back to camp to finish off their day with some disc golf.

It was a full day capped off with a fun and restful evening. As campers and counselors alike end their days watching the sunset over the lake from Spyglass Hill or around a fire camping out, we are reminded that sharing this place with others is what makes the adventures, activities, and games so wonderful.