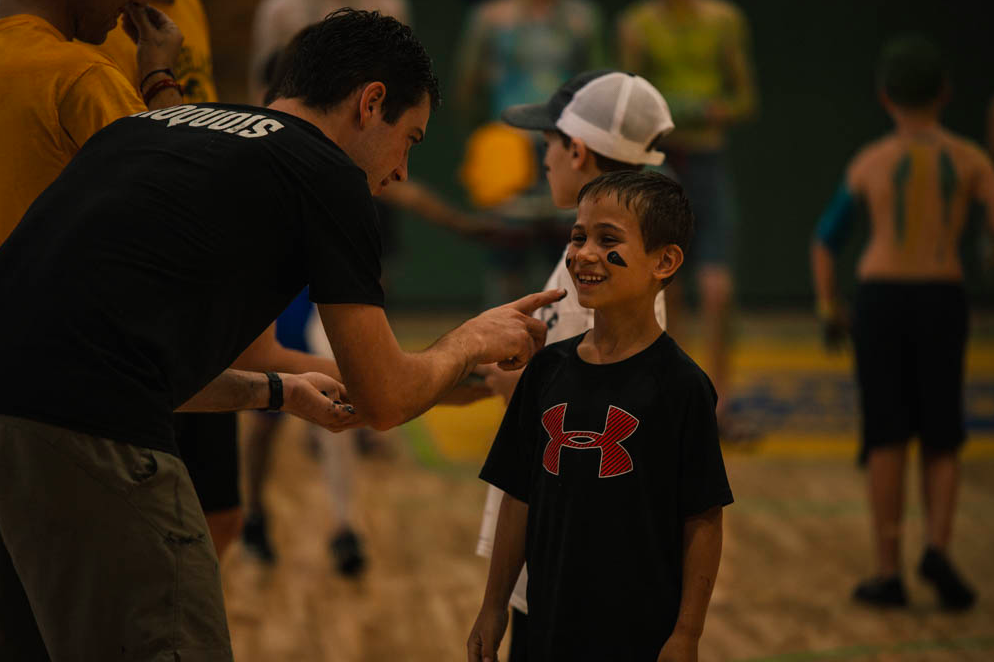 This Saturday at camp started off on the right foot with french toast and sausage for breakfast. Following breakfast, Huckleberry counselor, Will A., led us in the morning yell. Like every other day at camp, everyone made the walk across the bridge to chapel following the morning yell. At chapel, we sang a new song about Noah and the ark that will surely become an instant classic.

The rain held off for the first two periods and through free time, but the sky let loose during third period, unleashing a downpour that halted outdoor activities and sent them to cover playing games indoors. At dinner, we were treated to some excellent fajitas, and rice crispy treats for dessert. After dinner, we headed up to the Mark for the Little Chief Ceremony.

Little Chief is the highest rank in our bars system here at Camp Timberlake. The ceremony is a place where campers are recognized for excellence in activities and servant leadership in the cabins.

There are many ranks along the path to Little Chief. All the bars and commendations campers earn help them climb the ladder closer to the coveted rank of Little Chief.