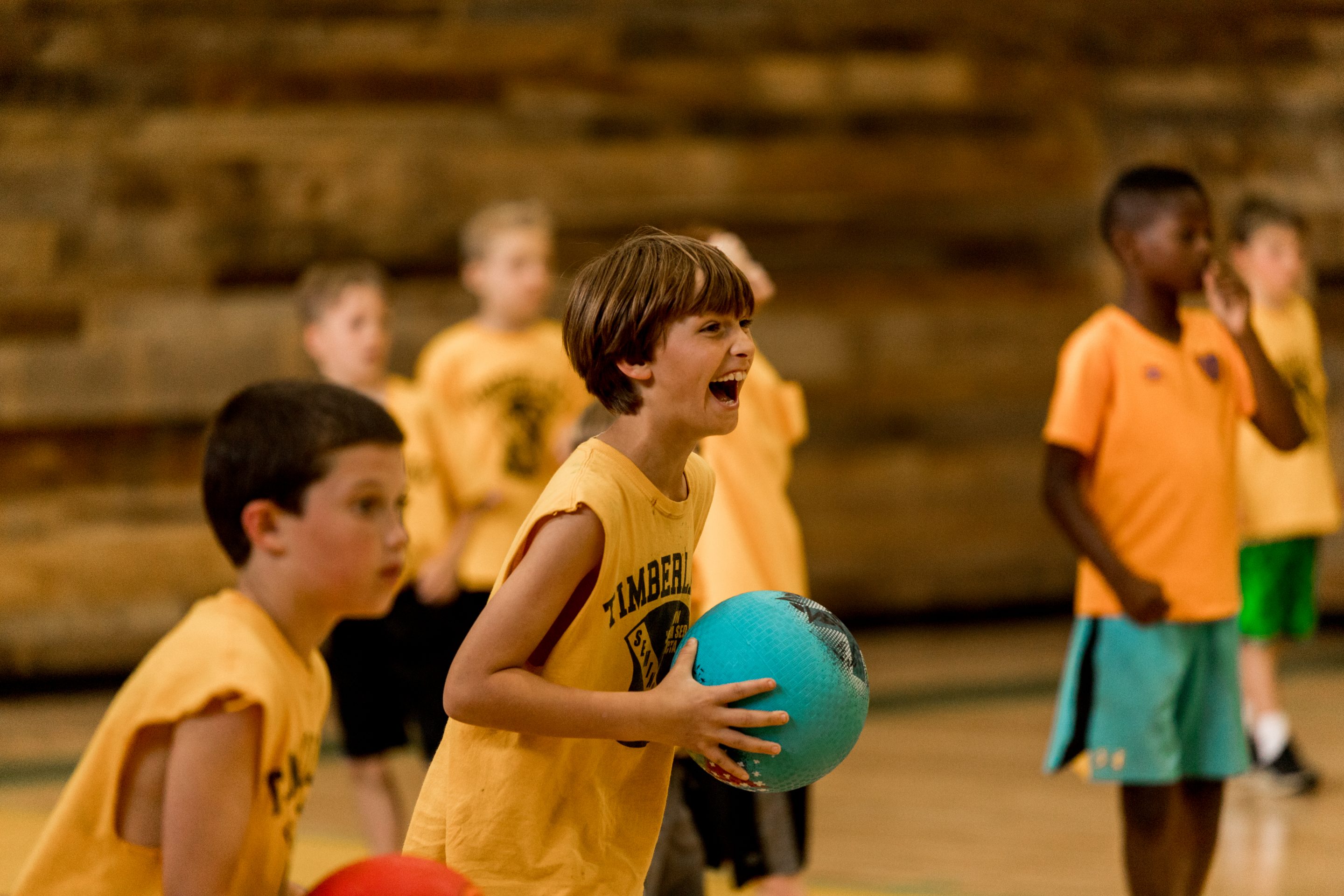 This Wednesday at camp started out with a beautiful sky. The campers woke up to the reveille for another awesome day at camp.  There was plenty of laughter and energy in our Timberlakers this morning as the campers ran to the dining hall for a delicious meal. The setter bell rang and we got the dining hall ready for eggs, sausage, hash browns, and biscuits. The campers came flooding into the dining hall and scarfed down a great meal from our kitchen staff.

The campers cleaned up the tables and we all headed down for the morning yell lead by Will A.  After the morning yell, the campers went over to the chapel where we sang Isaiah 43, Give Me Oil For This Lamp, and Waves of Grace. Then it was time for another “True story with Ben R”! Ben talked about his treacherous run summiting Mount Mitchel. Ben ran this course in twenty four hours, and completed thirty miles of up hill. Ben closed us out with prayer, and the camp director John M. announced TRIBAL PALOOZA! The Timberlakers were screaming with joy. We chanted “Yes, Yes, Yes, Yes”, and Carter B. told us all the tribal games we would be playing today. Tribal Palooza is where the day is filled with tribal games such as Sock war, battle ball, hunger games, and stealing skins.

The campers split up into senior camp and junior camp. As the junior camp played an intense game of sock war, the senior camp were completing activities to win sponsorships for the Hunger Games. After the junior camp’s sock war game, the Hunger Games began. All the campers watched as select Seminoles and Iroquois were put up as tributes. For the Seminoles: Henry B., Hugh S., Graham R., Eli C., Carter S., and Dawson G. For the Iroquois: Thomas H., Alex E., Robert F., Jake H., Wyatt S., and Griffin P. The game started and all the participants ran to the middle of the cornucopia, where they gathered weapons and formed teams.

As the tributes hid in the woods of camp, they enjoyed a packed lunch. While the Hunger Games match continued, the rest of the campers came running to the dining hall for lunch of chicken sandwiches and french fries. After lunch, the cabin clean up scores were announced. Little Slaty won with the first perfect score of the session; a ten! Then last nights tribal event winners were announced, the campers waiting with bated breath. Carter B. announced the winner of Fish Race for the junior camp. The winner is… THE SEMINOLES! The Seminoles shot from their seats in joy and sang their tribal song. As the Seminoles sat back down, the winner of Ultimate Basketball was announced… THE IROQUOIS. The Iroquois shot out of their seats yelling in excitement. They sang their tribal songs as well. It’s fair to say that both the Seminoles and Iroquois are both happy with the results.  The campers then headed back to the cabin for a whole hour of rest. During this rest hour, the intensity remained high with the tributes fighting for survival. The cannon shooting could be heard by all the cabins for the tributes who were eliminated.

The hour passed and the campers ran to the beach for a trading post and a free swim for all cabins! During trade post, the final battle was held on the beach for the remaining tributes of the Hunger Games: Griffin P., Hugh S., Eli C., and Henry B.

Carter B. then gathered everyone up to announce our next tribal palooza game. As the Timberlakers yelled in anticipation, Carter B announced “STEALING SKINS”! The campers went wild in excitement, and gathered at the Outback to hear the rules of the game. The first and second match were extremely close between the Seminoles and Iroquois. The third match was the deciding factor on who would win the game, and it was very close. The game ended and all the campers are eager for tomorrow to hear who won Stealing Skins, along with all the other games that were played today.

The campers ran down towards dinner for some mouth watering pulled pork sandwiches with beans, and coleslaw. The campers ate and shared their exciting stories from today’s fun events. The counselors then grabbed ice cream for dessert, and John announced tonight’s evening activity…BATTLE BALL! This is one of the camper’s favorite games, and they screamed in pure joy. As the day comes to a close and the campers run to The Mark for Battle Ball, it’s safe to say it was an amazing day at camp!