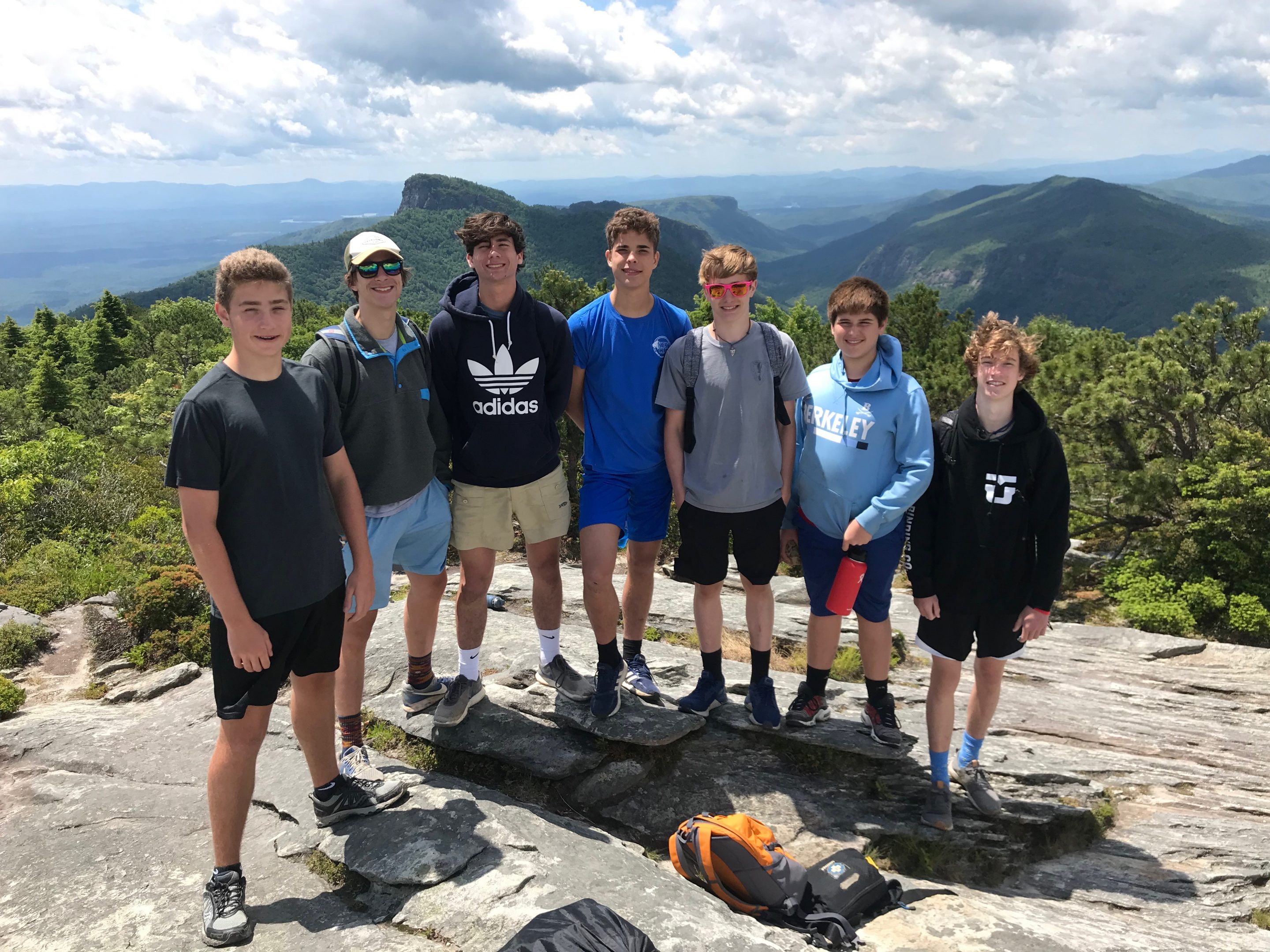 With the rain finally gone, the sun rose brightly over Camp Timberlake this Thursday morning! The campers and staff enjoyed the ever-popular breakfast of waffle sandwiches and sausage then headed outside for another Morning Yell led by Grant H. The campers were then both entertained and encouraged by a true story from Joe V. at Chapel. Joe talked about clutching his McDonald’s Happy Meal while being chased by a paddling of hungry ducks and concluded the story by discussing 1 John 1:7. Campers then headed back to their cabins for cabin-clean-up. The cabin of Little Piney received the high score of a 9/10 today! Great job, y’all!

After morning activities, campers returned to the Tuck to enjoy a fantastic lunch of Stromboli, carrots, sugar snap peas, and chicken noodle soup. After lunch, Carter B., the Sultan of Fun, announced the results from yesterday’s Tribal Palooza Activities: the Iroquois tribe won both Junior Camp Battleball and Stealing Skins while the Seminole tribe won Senior Camp Battleball and the Hunger Games thanks to Henry B.’s stellar performance! They then headed off to Rest Time to read or take much-needed naps after yesterday’s Tribal Palooza! During free time, campers worked hard toward earning Bars or enjoyed themselves in activities such as Riflery, Archery, Paintball/Airsoft, Swimming, Guitar, and Climbing.

Campers crushed it in their activities and during free time today! Parker S. made significant progress towards his Silver Bar in Climbing today. Ben L., Ren G., and Porter S. achieved their Silver Bars in Wrestling today! Ben L., Banks P., and Will B. all achieved their Bronze Bars in Riflery today while Hugh S. achieved his on Tuesday. Way to go, guys!

Later that evening campers enjoyed an amazing dinner of roasted chicken, cornbread, wild rice, and broccoli followed by a dessert of mini cherry pies! Carter B. then announced the night’s Evening Activity of PIRATE BALL, ARGGGGGG! Tune in tomorrow for the results!

Water skiing took a trip today to Lake James with Barrett B., Silas G., Carlos C., Nicolas G., Ray S., and Brent S. We heard that it went “swimmingly!” The cabin of Greybeard took a day hiking trip today, hitting the trails of Table Rock, Hawksbill Mountain, and Linville Falls. All that, and they hiked fast enough to get back for dinner! The overnight backpacking trip which left yesterday with Isaac T., Chuck B., Cooper G., Will T., Harrison C., Case M., and John Isaac I. returned safely to camp today. The group hiked the Cat Gap Loop through the Pisgah National Park and enjoyed an epic waterfall and a stunning view from John Rock. They had an amazing time!