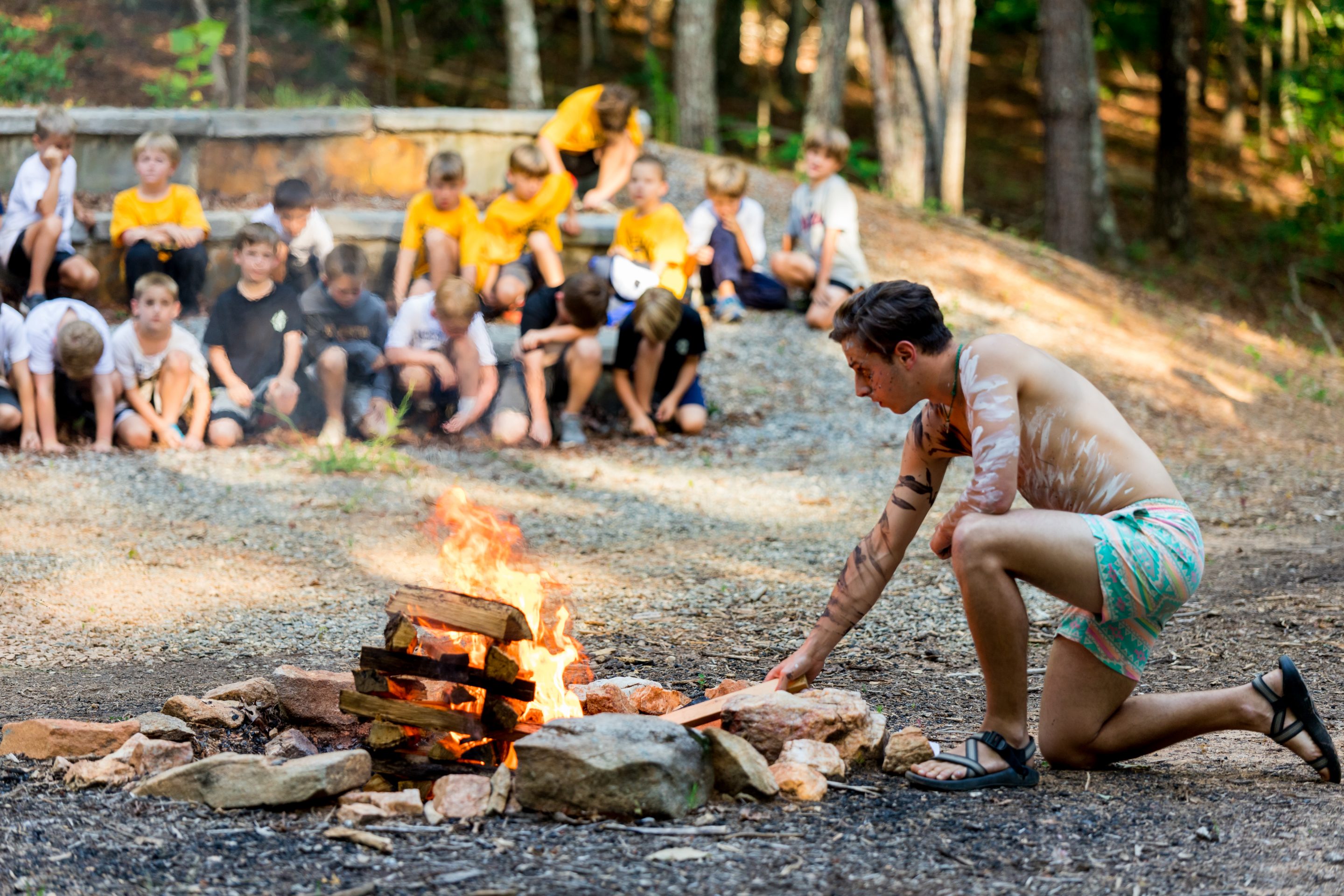 It’s hard to believe that our first two weeks of camp are coming to a close – what an incredible start to the summer! Today our campers enjoyed the last full day of camp activities.  At lunch we found out the winner of Pirate Ball…The Iroquois! They won a tightly contested game by 1 point (seriously, we can’t make this up). We also announced the winner of the golden plunger, awarded to the cleanest cabin at camp. This session’s winner was Little Slaty! They are enjoying a victory pizza party as we speak. The afternoon was highlighted by an all-camp free swim at the lake.

After the boys wolfed down a delicious dinner of salisbury steaks, cheers of joy rang out through the dining hall as our favorite camp desserts, s’more pockets, emerged from the kitchen. A strong aroma of graham, melted chocolate and marshmallow wafted out from each plate and the scrumptious camp treats were quickly devoured.

After dinner, all the campers walked up to the council ring for our Little Chief ceremony. Each week we take time to stop and celebrate some of the great things that are happening at camp. Boys receive bronze, silver and gold bars in their activities, camper and counselor commendations in their cabins and also promotions in our Little Chief system. The last part of the ceremony recognizes the Sons of Timberlake. Every camper who attends camp becomes a part of the camp family – a son of Timberlake. However, we like to recognize particular thresholds as the boys return to camp year after year. Boys who have come to camp for 3 years receive a gold pin, boys who have been at camp 6 years receive an arrowhead pendant and those who have been at camp 10 years receive a custom belt and engraved canoe paddle that hangs in our dining hall.

The most important part of the night, however, happens after the ceremony ends, when our cabin counselors sit down with each boy to tell them the ways in which they’ve seen them grow during their time here at camp and why they are proud of them. It’s one small way of many we hope that we can encourage these amazing guys while they are here at Timberlake.