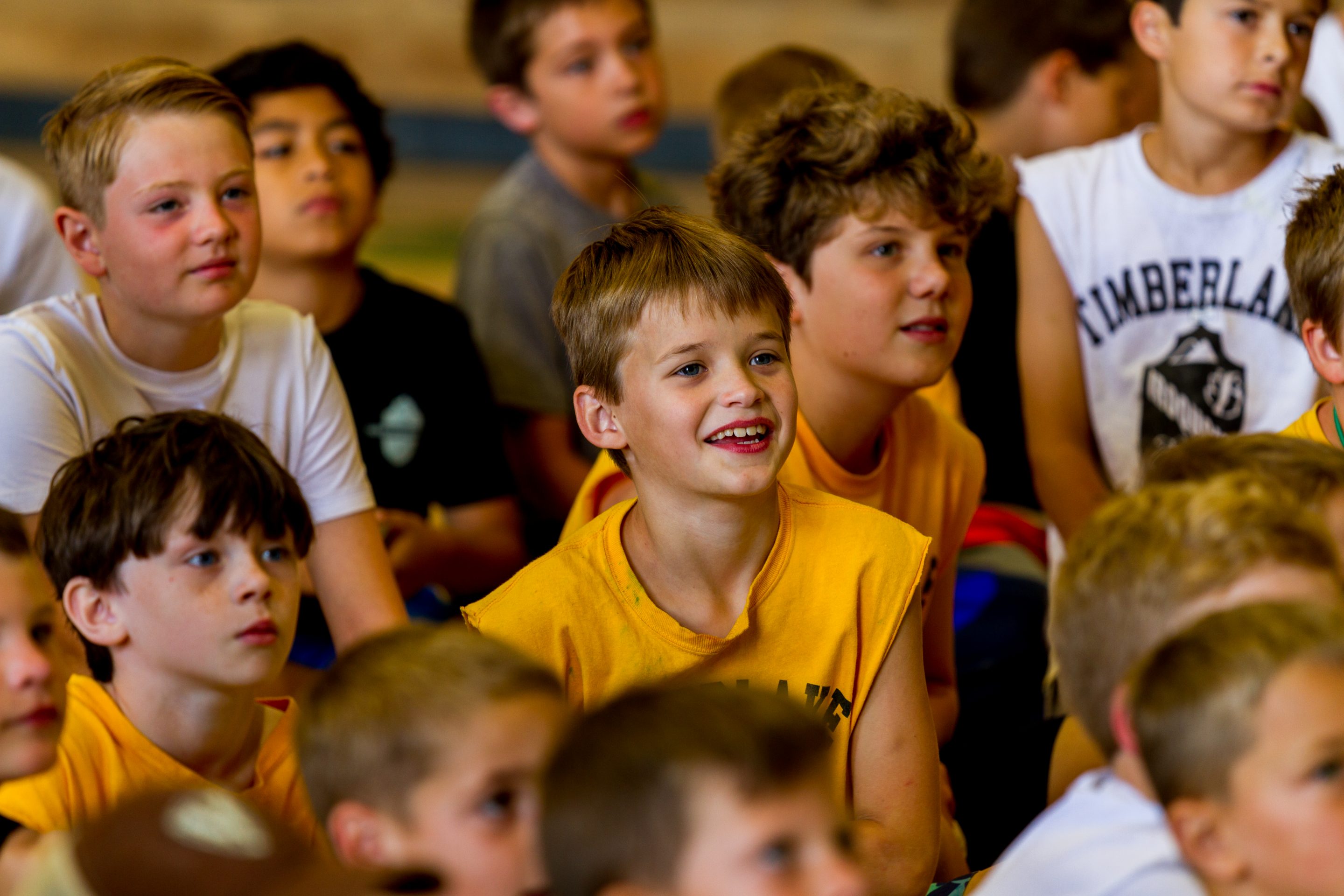 Camp Timberlake woke up to a hearty breakfast of eggs, saussage, biscuits and hash browns. Breakfast was followed by the morning yell led by counselor Morgan Y. At chapel, we heard another true story with counselor Henry S. After chapel, everyone headed back to their cabins to clean up. First period couldn’t come soon enough for most campers because that means cabin clean up is over and they get to go to their first period activity.

Many campers excelled in their activities today. Alex E shot 5 groupings in archery, Benjamin L dominated toe-tag in wrestling, Mitchell G progressed towards his roll in kayaking class, and Bryant C progressed towards his bronze in riflery, just to name a few. Timberlake was missing some campers today but that’s just because they were on some awesome trips!

And finally, Hugh S, Henry B, Hunter S, and Grahm R had clean lines and good times kayaking on the Upper Green.

Back at camp, everyone enjoyed a camp classic lunch of tacos in a bag, a truly timeless camp cuisine. Immediately following lunch, the Sultan of Fun announced the winner of last night’s evening activity of Inferno, which brought smiles to the Iroquois tribe.

Cabin clean up has been very competitive so far this summer, and today was no exception. Greybeard and Little Slaty tied with a 9.5. I don’t care who you are or where you’re from, 9.5 is a very respectable score. Mr. Hydration visited us today, along with his bowling team. He was asking for a vacation so that he could compete against milk in a bowling tournament. After much deliberation, John M decided hydration was much too important and under no circumstance could he have the day off for the bowling tournament.

After an action-packed afternoon, we were treated to a scrumptious dinner of chicken divan, roasted broccoli, fresh baked rolls, and rice krispie treats. After dinner, junior camp competed in a game of tribal kick ball and senior camp competed in minute to win it. Yet another full day here at Camp Timberlake that has left us ready for bed.