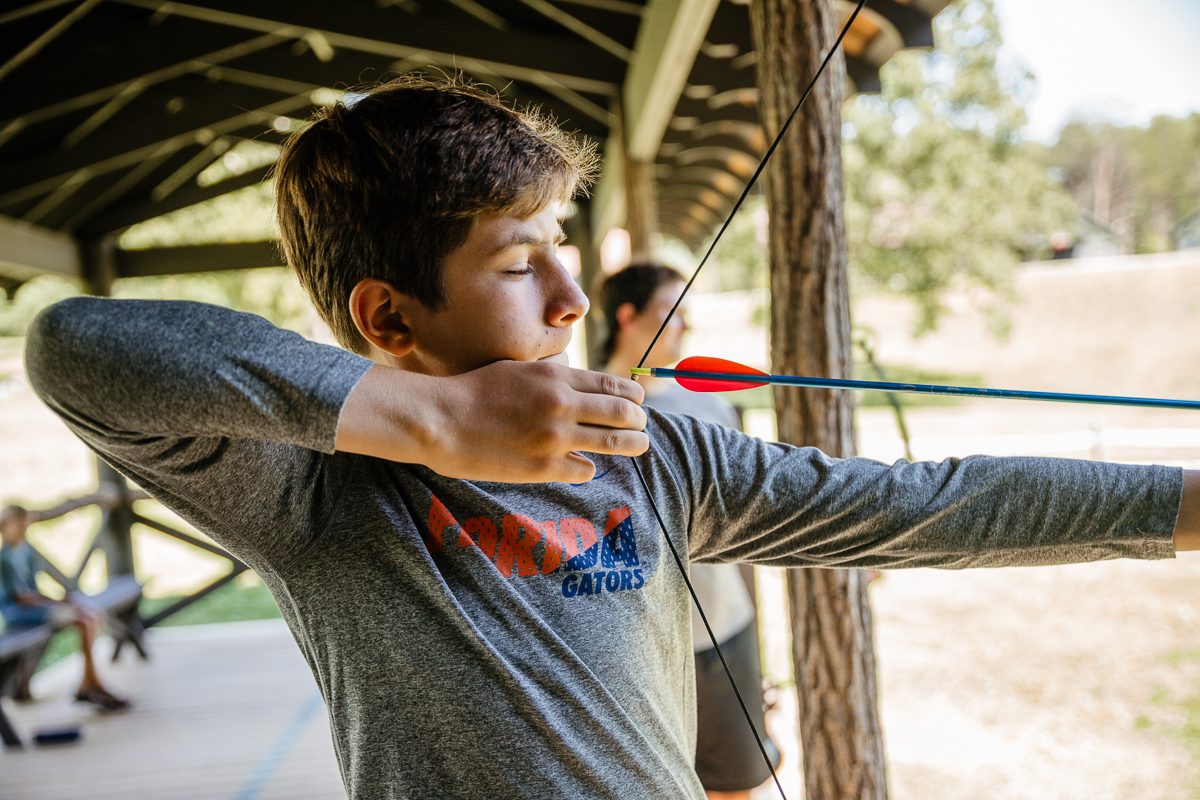 With the beautiful sun shining, reveille sounded, and the boys headed down to The Tuck to eat some delicious hash browns, eggs, and bacon! After breakfast and the morning yell, our boys were ready to take on the day here at Timberlake.

The boys voices were heard throughout camp during chapel where they sang and counselor Carter B. told a true story about a climbing trip he was on where he was afraid to take a risk. He answered the question “Who is Jesus?” by saying unlike himself, Jesus was not afraid to take the ultimate risk for us.

The sun was shining, and activities started in full swing with boys working hard to increase their skills. After a good day of working in the lanes, swimming ended their class with a free swim. This morning in Puppy Camp, the dogs were taken for a walk around camp and then got baths!

As this morning’s activities were wrapping up, the backpacking overnight to Lookout Mountain that left yesterday returned with smiles on every camper’s face! Campers on this trip were Alejandro G., Mateo S., Alejandro D., Thomas B., Ben L., Paul R., Nick R., and Evan S. All the campers headed to lunch where we enjoyed grilled chicken sandwiches with waffle fries! During the lunch announcements, we learned the eagerly awaited winner of the Hardcore Parkour Championship…the Iroquois!

After rest time and trading post was free time! Today our boys swam, fished off the bridge, played gaga ball, and ran the Crooked Mile. Today was Hudson L’s., 6th time running the trail this week and for this, he earned an elective mark that will count towards his marks for Little Chief.

Afternoon activities started, where Chase V. and Carter H. in Mountain Biking put all the skills they learned this week together to ride the trail to Spyglass Hill. Just down the hill from MTB, climbing worked on their figure 8 follow-throughs. Nick R. and Paul R. both received their bronze in climbing today. Good job boys, your hard work paid off!

After a dinner of salisbury steak, peas, and cheesy rice the boys headed to the Little Chief ceremony, where after they will play Counselor Hunt. Make sure to check back in tomorrow to see who won!

At tonight’s Little Chief ceremony, the bars that were earned this week are:

Promotions that were awarded tonight are:

Commendations that were given tonight are: